The recent passing away of N.J. Anonty, a yesteryear Kerala socialist leader who played a crucial in organising the former PM's padayatra in 1983 to reinvent himself politically, also sheds light on the power of mass mobilisation. On August 12, the Kerala Pradesh Congress Committee (KPCC) issued an internal circular (accessed by The Wire) directing its office bearers on the preparations to be undertaken for the Kerala leg of the ‘Bharat Jodo Yatra’ led by Rahul Gandhi.

Kicking off from Kanyakumari in Tamil Nadu on September 7, the padayatra is scheduled to enter Kerala on September 11 from Thiruvananthapuram, traversing the state in the next 19 days over 453 kilometres. The foot march will cover a distance of 25 kilometres every day, walking from 7:30 to 10:30 at dusk and 4 to 7 in the evening. Gandhi will be accompanied by an entourage of 300 people, with 100 full-time members, 100 members from every district that the foot march passes by and another 100 people from districts that do not form part of padayatra (foot march) – conceived to ensure the participation of maximum people.

Coincidentally, on August 12, I also got news of the passing of N. J. Antony, a forgotten socialist politician who, along with Rajmohan, was instrumental in the padayatra undertaken by former prime minister Chandra Shekhar back in 1983. 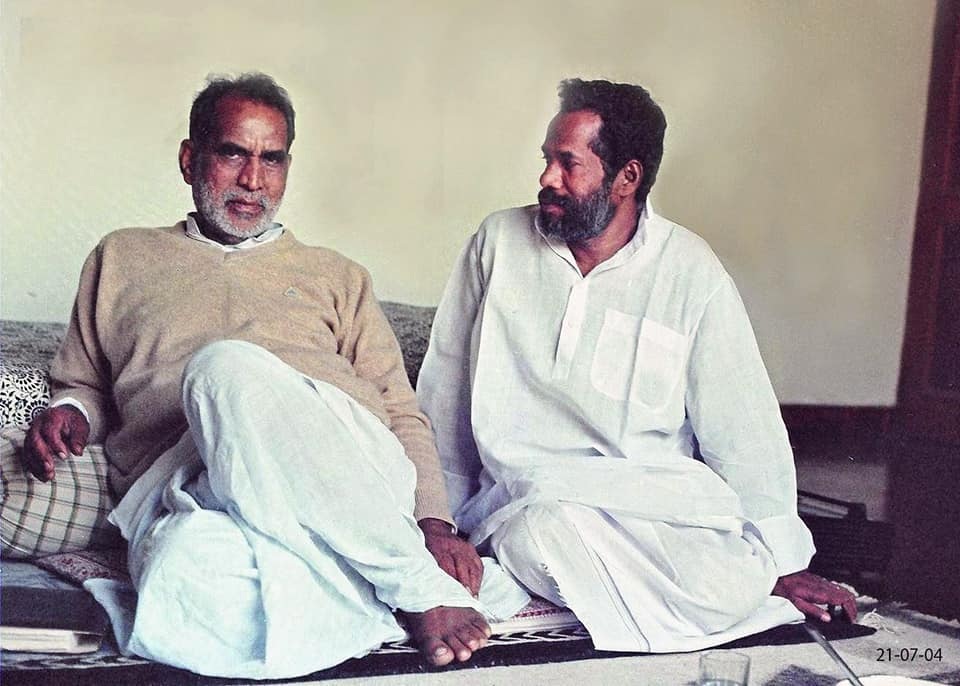 Mathrubhumi covered the news of Antony’s death prominently the next day and veteran journalist P. Rajan put up a Facebook post paying tribute to Antony recounting his role in the padayatra. The names of Antony and Rajmohan also feature in Zindagi Ka Kaarwawan, the biographical sketch on Chandra Shekhar in Hindi by Ram Bahadur Rai and Suresh Sharma and, in the more-recently published biography of the former prime minister in English penned by incumbent Rajya Sabha deputy chairperson Harivansh.

So, what exactly was the Kerala connection to Chandra Shekhar’s padayatra?

Much like Rahul Gandhi finds himself pitted against Prime Minister Narendra Modi today, Indira Gandhi was at the peak of her popularity after winning the 1980 Lok Sabha election, and a three-way split in the Janata Party had reduced it to a token opposition.

Chandra Shekhar, who continued to remain the president of the Janata Party, was exploring ways to mobilise people around bread-and-butter issues and carve a space for opposition parties in the political discourse. N.J. Antony and Rajmohan, two young Janata party members from Kerala, met Chandra Shekhar in Delhi in 1982 and put forth the suggestion to undertake a padayatra from Kanyakumari to Rajghat, so as to gain nationwide acceptability to counter Indira Gandhi.

“Have you charted it out on paper?” was Chandra Shekhar’s first response, recounts Rajmohan. “We didn’t have anything written down but we didn’t panic. We were asked to come back with it the next morning.”

Antony and Rajmohan were camping at the home of well-known rationalist Joseph Edamaruku at Karol Bagh and formulated a rough sketch on a typewriter and presented it to Chandra Shekhar. Initially many senior Janata Party leaders were skeptical, but after receiving positive feedback from the then Yuva Janata president Sudhindra Bhadoria who undertook reconnaissance at Chandra Shekhar’s insistence, they came around to it. Says Bhadoria: “I spent months traveling to the southern states to study the matter. I remember speaking with noted economist K.N. Raj, poet Sugathakumari, and Mathews of Malayala Manorama among others in Kerala for their opinion and went on to replicate this in state after state. I was part of the padayatra from the beginning to the end, and was the in-charge of it.”

While preparations were underway for the padayatra, Karnataka assembly elections were declared and the Janata Party had a lot riding on it. Finally, post the election, Chandra Shekhar began the march on January 6, 1983 from Kanyakumari, after installing Ramakrishna Hegde as Janata Party’s Karnataka chief minister.

According to Rajmohan, the Kerala unit of the Janata Party didn’t extend whole-hearted support initially. Thampan Thomas, who was also secretary of the Hindustan Masdoor Sabha (HMS) back then, concurred. The Janata Party in Kerala was dominated by socialists such as Arangil Sreedharan and K. Chandrasekharan who found the idea quixotic.

“The Janata leaders in Kerala couldn’t think beyond state politics and many of them didn’t share a great rapport with Chandra Shekhar,” recalled Thomas.

There’s a bit of history to the lukewarm relationship between Chandra Shekhar and Kerala socialists. Although some of them were colleagues together in the Praja Socialist Party (PSP), Chandra Shekhar quitting the party in 1963 and joining the Congress saw him emerge as the first among the equals of Congress Young Turks – alongside Mohan Dharia, Krishan Kant and Ram Dhan.

Chandra Shekhar was very much a Congressman when he was put behind bars on the night Emergency was declared. According to P.Rajan, the Congress Radicals (Parivarthanavadis) bloc led by M.A. John in Kerala had established contact with Chandra Shekhar, and the likes of N.J Antony and Rajmohan were part of the group, thus being the first to sloganeer in his support during the Emergency in Kerala. Post-1980, following an exodus from the Janata Party in Kerala, it came to be dominated by socialists who weren’t that close to Chandra Shekhar.

Rajan interviewed Chandra Shekhar for Mathrubhumi when the padayatra reached Thiruvananthapuram although he remembers being not too impressed with the tête-à-tête.

“I had great regard for Chandra Shekhar, but he did not have much clarity on the overall goals of the foot march and his answers were muddled,” recounts Rajan. “Once the padayatra began to make national news, the Janata Party in Kerala also extended support,” recounts Rajmohan.

Anita Pratap, then with the Sunday magazine, came down and interviewed Chandra Shekhar when the padayatra halted at Kanjani, getting it a lot of traction. B. Sasidharan, among the Janata party members who welcomed Chandra Shekhar at Kanjani remembers that only around 50 members accompanied him at that point. By the time the foot march reached Perumbavoor that number had swelled, recounts Rajmohan, sitting at Hotel Arcadia in Kottayam.

Inviting me home the next day, Rajmohan produced an archived copy of the Indian Express featuring a story of Chandra Shekhar’s padayatra, where his name comes for mention along with N.J. Antony’s. Chandra Shekhar used the donations received during the padayatra to establish Bharat Yatra centres across India, and Antony served as the director of the centre at Agali in Kerala till his demise.

Although the padayatra was largely a success, dramatic political developments like Indira Gandhi’s assassination saw the strides whittle away, and the ‘Raja of Manda’ V.P. Singh eventually pipped Chandra Shekhar to become the leading candidate of the opposition towards the end of that decade.

Leading a retired life today, Rajmohan expresses regret at not having led a full-time political career “being a prisoner of a government job”. Antony was more of a full-time politician, although he too was orphaned after Chandra Shekhar split the Janata Dal in 1990 to become prime minister and, that faction getting reduced to a cipher by the late nineties.

Only the erstwhile Congress radicals led by S.K. Madhavan remained with the Chandra Shekhar faction in Kerala after the split. Post-1991, there was a discussion on Chandra Shekhar’s socialist faction merging with the Congress and Narasimha Rao was even receptive to it, but in the wake of the Babri Masjid demolition, that was put on the back burner.

Rajmohan’s eyes light up at the mention of Rahul Gandhi’s ‘Bharat Jodo Yatra’ and points out the irony – of the Gandhi scion very much being an underdog even as he makes another attempt to emerge as the face of the opposition against Narendra Modi, a sign of how far times have changed.

Anand Kochukudy is an independent journalist and former editor of The Kochi Post.