The 'Hidden Curriculum' of New India

The message being sent out for the last five years has been an essentially nihilistic one, and can be summed up in just two words: ‘Nothing matters’. 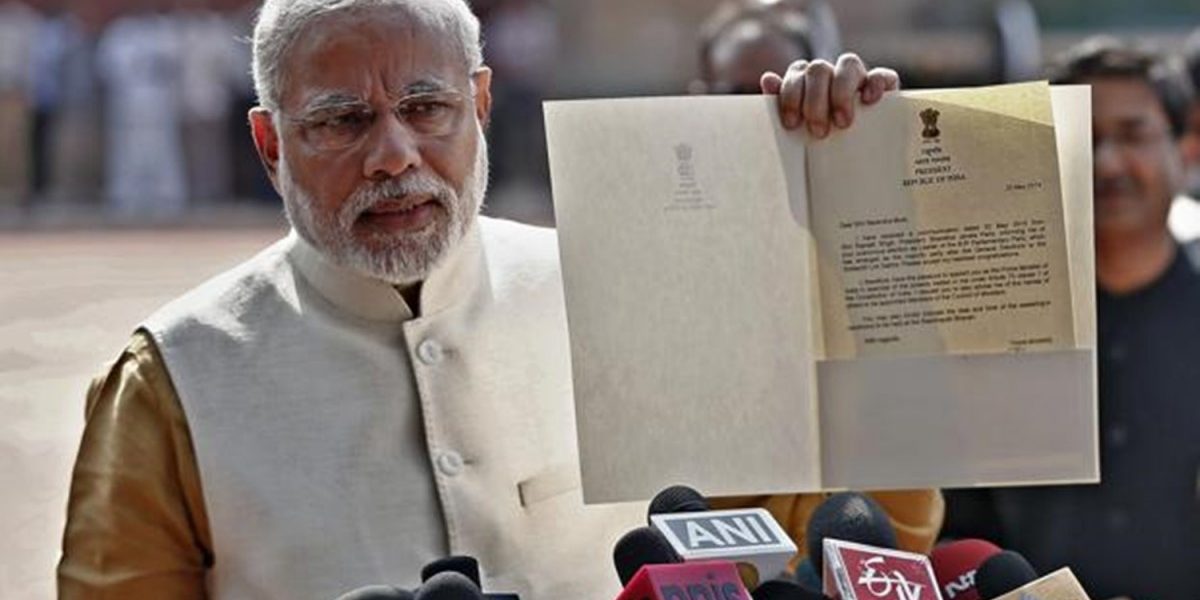 In the last four years, the Modi government has done precious little to downsize the intrusive and big Indian state controlling many aspects of a citizen’s life. Credit: Reuters

The term “hidden curriculum” first became popular amongst educators and academics in the 1960s. American scholar and cultural critic Henry Giroux defined it as “lessons that are learned but not openly intended” by schools.

The hidden curriculum consists of those things pupils learn through the experience of attending school rather than the stated educational objectives of the institution. It consists of values, morals and attitudes which may not be explicitly taught to the students but most certainly end up getting caught by them.

If schools have a hidden curriculum, governments most certainly do as well.

A government’s hidden curriculum is often quite different from its official manifesto, and reveals itself in a number of ways. It reveals itself in the ways its leaders behave, in the kind of messages they send out to the people of the country, by what they condone and what they condemn, in the ways in which they spend taxpayers’ money, and, very crucially, in how they treat the weakest people in the polity.

A government’s hidden curriculum does not remain hidden for too long, for before you know it, it has become the country’s prevailing ethos, which then manifests itself in the attitudes and behaviours of a large number of country’s citizens.

Also read: Letter to a Friend Who Happens To Be a Modi Supporter

The hidden curriculum works at a subconscious level much of the time, and we don’t even realise how much we are being influenced by it. A good amount of time passes before we even begin realize just how completely we have internalized “the thing beneath the thing”. Like the proverbial frog that was put in a slowly boiling pot of water and was cooked before it even realized what was going on, we too have been slowly but surely turned into something we never were.

How has the hidden curriculum of the last five years changed us? What are some of the biggest ‘lessons’ and messages we have been made to imbibe? If we look beyond the non-stop noise of the endlessly breaking news cycles and the never-ending waterfall of social media opinions, we realise that we have been given several messages:

We have been told that one religion is better than the other, and that one community of Indians deserves better treatment than the rest. We have been informed of power’s desire and intention to do away with the secular nature of the Constitution and assign second-class status to religious minorities. We have also been told in no uncertain terms that power has a very clear preference for the rich over the poor. We have seen the good punished and the wrong-doers allowed to escape. We have been told that might is right. But beneath everything we have been told, there is a deeper, more pervasive and more visceral message.

That message is an essentially nihilistic one, and can be summed up in just two words:

Truth doesn’t matter: Because if it did, then India’s major TV channels would be exponentially more critical and objective in their reporting of the government’s doings than they currently are. If truth mattered, then the owners of the biggest media houses in the country would not have given the time of day to one ‘Acharya Atal’ who conducted some of the biggest sting operations ever on the doyens of Indian media.

The law doesn’t matter: When the Attorney General of India says one day that important documents have been stolen from the Ministry of Defence and then changes his story a couple of days later to say that what he meant to say was that photocopies of those documents have been stolen, then the message that goes out to the country is that the law is a bit of a joke. When activists and intellectuals like Sudha Bhardwaj can be branded enemies of the state and sent to jail, and Babu Bajrangi can walk free, then we are essentially being told that the law does not matter.

Also read: The Common Citizen’s Guide To Speaking Up Against Hate and Tyranny

The poor don’t matter: Because if they did then they would not have been subjected to the heartlessness of demonetisation. Their lands and forests would not be taken away by the stroke of a pen and the Rs 3,000 crores that were spent on a gigantic statue would have been spent on their welfare instead.

Solidarity doesn’t matter: When one of the biggest farmer rallies ever to reach the national capital gets next to nil coverage in the mainstream media, then we can be sure that solidarity has ceased to matter. When the rich get a free pass to escape the country and the poor continue to reel under the highest unemployment rate in nearly half a century, then we can be certain that as far as the government is concerned, solidarity is dead.

Education doesn’t matter: Why else would budget allocations for public universities and even primary education be slashed the way they have, if education actually mattered?

None of it matters.

The only thing that matters is now is The Great Leader, who, it seems, is on a divinely ordained mission to recreate the entire nation in his own image, and in order to accomplish this, has ordered his image to be plastered everywhere – on walls, on front pages of newspapers, on billboards, on TV screens and cinema halls all over the country – so that people everywhere can see that he really is everywhere, and in everything and is, indeed, the alpha and omega of all that exists.

What effect is all of this having on the minds of the young?

Because, you see, in order to truly destroy a democracy, it is imperative to give institutional anarchy and moral nihilism a free hand. This is what we have seen happen on a nation-wide scale over the last five years. For only when the old order is gone can a despot truly establish a whole new system of authoritarian control and call it ‘a new order’. Or in this case, ‘New India.’

Surely we are smarter than this. Surely we understand that democracy can only flourish under the rule of law. It can only bloom when people are educated, it can only grow when there is a strong sense of solidarity with those less privileged and it can only progress in a country where education is given priority. Democracy needs a strong fourth estate where journalists are allowed to ask tough questions and where the facts and truth are respected. A genuine democracy will be as strong as its democratic institutions and will be the sum total of the courage and compassion of its citizens.

And that is why everything matters.