The Curious Case of Riyaz Attari: Was He a Double Agent? 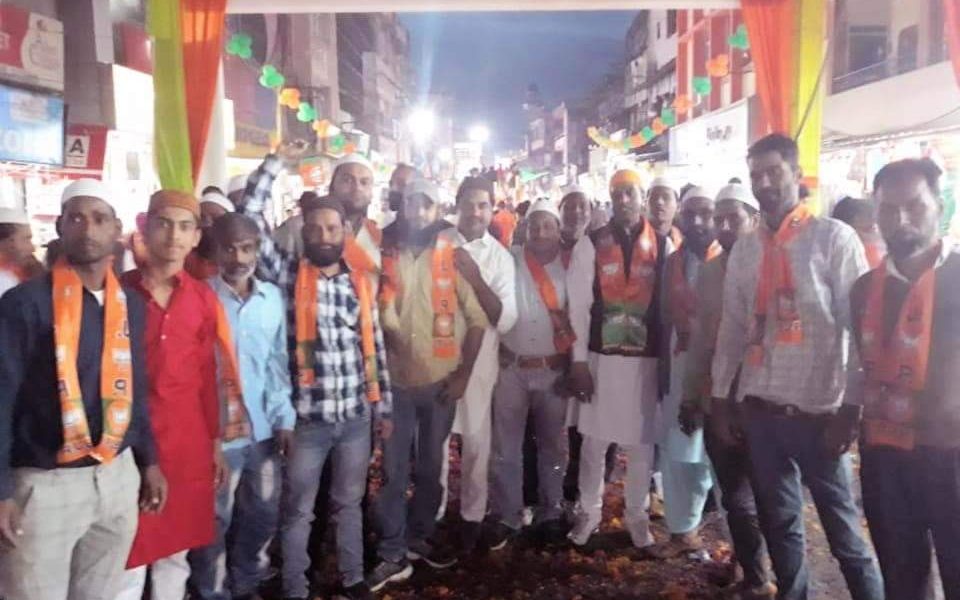 It seems the season of shocks to the republic is not set to end anytime soon.

After the impertinence about the prophet of Islam delivered with brazen impunity by the erstwhile national spokesperson of the ruling BJP, a stinging rebuke by the top court followed.

Hearing her plea in the Supreme Court that all the many cases filed against her be consolidated and sent to Delhi for trial, Justice Surya Kant observed that she was “single-handedly responsible for what is happening in the country today”.

The judge asked her to “apologise” to the nation.

It seemed, the honourable justice noted, that with the power structure behind her, Sharma assumed she could say anything she liked.

Justice Surya Kant went on to lambast the Delhi Police for its two-faced record in the matter of prosecuting cases; it followed some FIRs with prompt arrest, and let others go to sleep, as in the case in point, in which a “red carpet” seemed to have awaited the accused.

The observation thus concurs with the general perception that in India now the law does not follow its own course as much as it follows a known course.

Also read: As Killings, Laws and Arrests Show, Blasphemy Obsession is an Indian Problem, Not Just a Muslim One

One tragic consequence of Sharma’s comment on the prophet was the brutal killing of Kanhaiya Lal, a tailor in Udaipur. He had apparently expressed approval of what she had said. Two men, Mohammad Ghaus and Riyaz Attari, confessed to committing the crime.

The dust had yet to settle on the turmoil resulting from Sharma’s misdemeanour, the top court’s obiter and the murder of the tailor, when photos emerged revealing the proximity of Riyaz Attari to leaders of the BJP, including the veteran leader, Gulab Chand Kataria, erstwhile minister in the BJP cabinet of Rajasthan and now leader of the opposition. In one photo, Kataria is seen flanked by head of the BJP minority cell, Irshad Chainwala, and Attari. Other photographs show Attari with Raveendra Shreemali, BJP’s top leader in Udaipur.

Predictably, Kataria has pleaded that as a leader he did visit the minority cell and could not be expected to know everybody.

But a November 2019 Facebook post by Mohammad Tahir of the BJP – who is known to Kataria – refers to Attari as a “BJP worker.”

Further, the current minister of state, home of the Rajasthan cabinet, Rajendra Singh Yadav, has claimed that Attari was Kataria’s “polling agent”.

Kataria has gallantly offered to have a case filed against him for investigation of the truth. Shreemali too has said he ready to face any probe.

Surely, any law-abiding citizen might expect the truth of these murky goings-on to be brought to light.

Here are some questions that beg for answers:

– Who indeed is Riyaz Attari?

– Are the photos shard by the Congress morphed or real?

– Was Attari a member of the BJP? If so, was he a member when the Udaipur killing took place?

– Did Attari go rogue or was he a double agent, working both for “nationalists” in India and “terrorists” elsewhere?

– Why was the National Investigation Agency so swift in taking over the case from the Rajasthan police? Did it fear any untoward revelations?

As if the photos of Attari with BJP leaders were not enough, news has now come from Jammu and Kashmir that a ‘Lashkar commander’ who was arrested was appointed incharge of the BJP’s social media wing for minorities in May.

So steep is the decline of Indian political ethics and of the popular will to strive to restore its lawful and constitutional moorings that the dominant sentiment among the polity seems to be one of despair.

Perhaps the most intriguing facet of the zeitgeist is the Sphinx-like silence of the numero uno regarding the moral and institutional health of the nation, encouraging speculations fair and fowl.

The republic indeed cries for a renaissance spanning all sections of the body politic and the conscience of those who for now hold the reins of power.

Surely, the nation’s tryst with achhe din cannot be fobbed off for another two years – and then?