Nearly 47,000 votes have been added to the total tally since the last and final phase of polling on November 20. 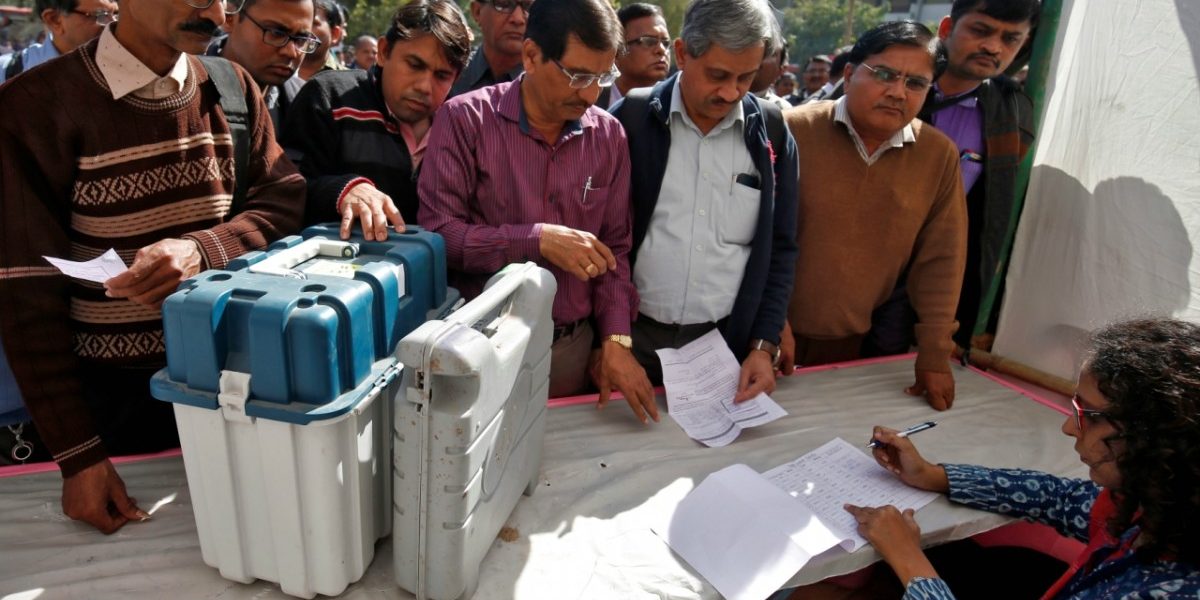 Why should an increase in voting percentage be a matter of concern? Credit: Reuters

Chhattisgarh’s Chief Electoral Officer (CEO) has been releasing voting data that is much more complex than the NITI Aayog’s GDP figures. On the evening of the final phase of polling on November 20, the CEO, Subrato Sahu, released the overall polling percentage – 72. The next day, the figure went up to 74. By the third day, the polling percentage had gone up to 76.

These revisions would not have mattered, but a week later, a new set of data was released which increased the polling percentage in as many as 46 constituencies, sending the cumulative figure up by 0.26 percentage points. While the Congress has been questioning these changes in voter turnout, the BJP has so far shown no interest in the rising figure – though it should be equally concerned.

Sahu has not provided any answers. In fact, he hasn’t even updated the official site with the revised data. He blames the state PR department. The coordinator of the PR department Alok Dev, however, says he has released only that data to the press which was provided by Sahu. To this, Sahu says he can comment only after he has seen the PR department’s figures.

This is a peculiar development. It is no small matter that in at least eight constituencies, the revised voter turnout has gone up by more than the winner’s margin from last time. Of these, six were won by the BJP and the remaining two by Congress. A total of 46,377 votes had been added to the final tally released by the commission on November 22 – two days after the second round of polling. The total difference between the two parties in the 2013 elections was a mere five lakh votes or 0.75%.

Also watch: What Was at Stake During Chhattisgarh’s First Phase of Assembly Elections

The peculiarity does not end there. After the first round of voting on November 12, the SEC led by Sahu was stating the turnout percentage as 60.65 at 5 pm while chief election commissioner O.P. Rawat was claiming 70% turnout at the same hour. Where Rawat gott that figure is yet to be explained because he is supposed to receive data from his state counterpart. By the next day, the state had revised its final percentage to 76.65 for the 18 seats of the first phase, which meant an unusual jump of 16%. Sahu explained this jump by saying that several polling parties from the interiors had reached the district headquarters late.

If the varying poll percentages have to be believed, we have the stupendous case of Bharatpur Sonhat where the final polling figure stood at 72.88 on November 22 but had gone up to 84 by November 29.

What is the due process and why is the figure changing so often?

After votes have been cast, the booth officer or peethaseen adhikari has to simply close the EVM machine, seal it and note down the final figure which appears on it. The data has to be tallied with the physical figures available with him as each voter has been checked and her ID card examined and ticked on a verification sheet. By nightfall, the booth officer should be in a position to at least convey the exact number of votes from his booth to his superiors. Each constituency in Chhattisgarh will have between 200 and 300 polling booths so it should be fairly easy to calculate the final figure in each constituency by the next day, even as district collectors wait for the final deposition of ballot boxes in the strong room.

Also read: Ground Report: Where Chhattisgarh Stands on the Last Day of the Polls

Why should an increase in voting percentage be a matter of concern? Because, if a simple process of calculation can be mucked up so easily that there is a difference of nearly 4,000 votes in as many as 46 constituencies in more than ten days of calculations, then either the entire set up is extremely incompetent or there is more to it than meets the eye.

A gap of 21 days between the final phase of polling and declaration of results has also not made matters any easy. If there had been no such gap, would we have taken the figure as of November 22 as final one?

The Wire approached several candidates from both parties to find out if there is a legal recourse to this change in figures. “Our party has approached the Election Commission and registered our protest,” says Amitesh Shukla, who contested on a Congress ticket from Rajim. No one seems too eager to approach the high court for a plea for at least the revelation of final percentage, how it was arrived at and reasons for the delay. In absence of Sahu giving any straight answers, the revised overall polling percentage in Chhattisgarh stands at 76.28.

Neeraj Mishra is a senior journalist who has covered elections in central India for more than two decades.