The Contours of India's Post-Truth State

If we must put a finger on a period when post-Truth politics became the dominant form, it would be the election season of 2014 in India. 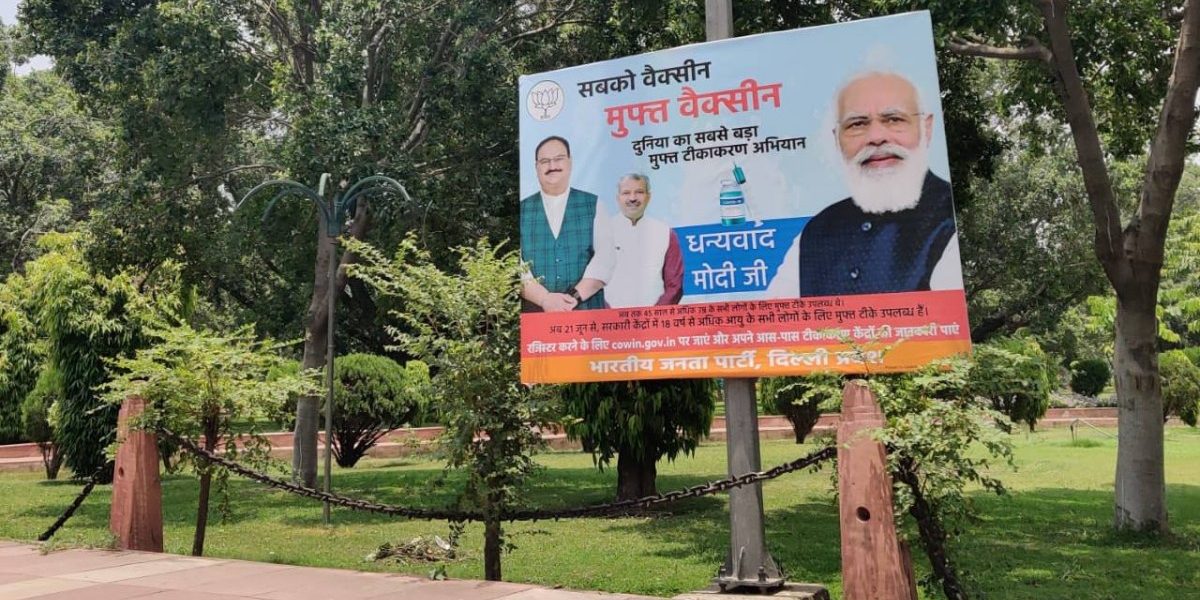 When we talk of a ‘post-Truth’ age, we must start by identifying a particular date or period when Truth died. Is that different from saying ‘post-Nehru’ India, because he is a person with name and form, unlike Truth? We know the date of Nehru’s death and we can put him in a timeframe. Can we put ‘Truth’ in a similar time period and social context? Probably yes; a cursory look at the social discourse and mores of a period do indicate the norms and values that guide the times.

So, we can clearly locate a period when Truth, Trust, Honesty and Honour disappear or take a severe beating, and retreat from the dominant discourse.

During Prime Minister Manmohan Singh’s tenure in India, President Barack Obama’s period in the US or before Brexit in the UK, we were not in a situation where the validity of facts was contested or disputed on such a scale as at the present time. There was widespread, almost universal, acceptance of the notion that facts exist outside our belief system and they could be independently verified or corroborated. But that is no longer the case. There is a rupture in that universal belief system, thanks to a handful of populist leaders in the major democracies of the US, India and the UK.

When and how did we get to this post-Truth conundrum, and what exactly does it mean?

First, post-Truth is more than merely ‘falsifying facts’ or spreading fake news. Its purpose is to neutralise rational and critical thought by appealing to emotions on half-truths or repeating statements that have been proven false but are convenient and sound credible.

Secondly, it’s a discourse that advantages the demagogue, as Jack Holmes, a columnist for Esquire, puts it: “So if you don’t know the facts, you can say whatever you want and it’s not a lie.” And when confronted with facts, resort to ‘whataboutery’.

Thirdly, as Trump’s senior advisor Kellyanne Conway said famously, there exist some “alternative facts”. Thus, post-Truth creates an alternate reality based on an alternative set of facts. It creates an ‘illusion of truth’.

Finally, there is an orientation and attitude to it; as Michael Deaton of The Daily Telegraph, summarising the core message of post-Truth politics, says, “Facts are negative, Facts are pessimistic, and Facts are unpatriotic.” In the Indian context, we may add a few more adjectives to Facts: “Facts are seditious, Facts are anti-social, or anti-national, Facts disturb social harmony, or they incite hatred.”

This colour-coding of facts originates from the state that wants to control the narrative, as it alone would like to determine the Truth.

Also read: A Post-Truth Take on the Ram Setu

If we must put a finger on a period when post-Truth politics became the dominant form, it would be the election season of 2014 in India. That’s when the Big Lie became common currency in poll campaigning. Unearthing black money from Swiss banks was the big poll promise and one Great Leader announced that he would bring it all back to India and put Rs 15 lakh in every citizen’s account. Whether the people believed him or not, he won the elections on that promise, among other things. Months later, when asked about this promise, his confidant declared that it was just a ‘jumla’ – a phrase meant to win over gullible minds.

When a big policy was to be announced, the Big Lie came in handy again. The prime minister was back to peddling the Big Lie, in November 2016, about how demonetisation will wipe out black money, that digital cash will eliminate corruption, usher in complete transparency in financial transactions and end terrorism in J&K with no cash coming in for their stone -throwing activities, etc. None of this happened as black money bounced back into circulation within a year and the rates for kickbacks went up a notch higher than before. Terrorism in J&K was curbed not by demonetisation.

Once the Big Lie had won, it became much easier for smaller lies to thrive and flourish. Lies then became so routine and regular that more agents of the state found it convenient to peddle them. The highest law officer of the land, the Solicitor General (SG), brazenly lied to the Supreme Court, in December 2018, that the details sought in the Rafale deal were too sensitive and they had been provided to the Comptroller and Auditor General (CAG) and that he would provide a redacted version to the Lok Sabha. Statements concealed from the petitioner and public were then submitted to the court in a sealed cover. After the court dismissed the petitions seeking an investigation into the deal, the SG submitted an amendment to his affidavit stating that the CAG had “not been provided the information” but “would be provided” in due course.

Then came the lies about the Balakot airstrike in February 2019, where no evidence of any casualties across the border was given, yet it was projected as an unprecedented act of bold retaliation. It was initially claimed that 300 or more terrorists were killed; later reports said that 300 cell phones were found at the place of attack. Finally, Sushma Swaraj, then minister for external affairs, told BJP women workers on April 18 2019, that “no Pakistani soldier or civilian died in the Air Force strike in Balakot …. Our armed forces were told to target the Jaish-e-Mohammed (JeM) terrorists that were behind the attack on Pulwama and they just did that – they attacked the camp and returned.” On that day, ‘Pakistani terrorist’ emerged as a unique category in the soldier-civilian binary.

By then, this narrative of false bravado was effectively projected in the election campaign for the 17th Lok Sabha held in April-May 2019. It was a classic case of post-Truth narratives wherein statements that have been proved false were repeated because they were useful and sounded credible. An illusion of truth was created – a powerful technique of post-Truth politics that won the BJP huge electoral gains.

More glaring post-Truth pronouncements came out recently, during the second wave of the COVID-19 pandemic, when the fudging of numbers was done on an industrial scale. Each state was giving its figures of case load and of deaths to the Union government, which in turn released the final tally to the public. By all estimates, the real number of casualties was way over the official numbers.

According to Professor Chinmay Tumbe, at IIM Ahmedabad, “Decent estimates for the first five months of 2021 for four large states of Madhya Pradesh, Andhra Pradesh, Tamil Nadu and Karnataka, comprising around 300 million (closer to 265 million) people and 21% of the population, [suggest] the excess mortality exceeds 500,000 as compared to 46,000 reported Covid deaths.” These numbers are at least 10 times higher than the losses officially acknowledged for those states. In UP too, the numbers were fudged but the bodies started floating in the Ganga and there were mass cremations in many villages. In keeping up with the post-Truth rhetoric, both Prime Minister Narendra Modi and chief minister Yogi Adityanath were commended for their ‘unparalleled efforts’ in containing the spread of the pandemic.

The virus is expected to bounce back with more deadly variants, as a billion strong population remains overwhelmingly unvaccinated and the government bungles on the vaccination programme. Yet we are told, through posters across the country, to thank Modi for giving us free vaccination, a routine jab that all governments in the past 70 years have done without any fanfare.

In the closing shots of Michelangelo Antonioni’s celebrated 1966 film, Blow-Up, the protagonist witnesses two mime artists playing tennis, but without a tennis ball. The absent ball falls near him, and he too mimics the act of throwing it back to them. It is the ball that connects all three of them and that is missing. That is the quintessential disconnect in our lives today. As the truth that connects us all is absent, we mimic the routine of our existence in mortal fear, locked inside our homes, in a state that is patently and dangerously false. And utterly misgoverned.