How can India uphold the rule of law when two constitutionally appointed authorities, Manohar Lal Khattar and Ajay Kumar Mishra, are so boastfully tarnishing it? 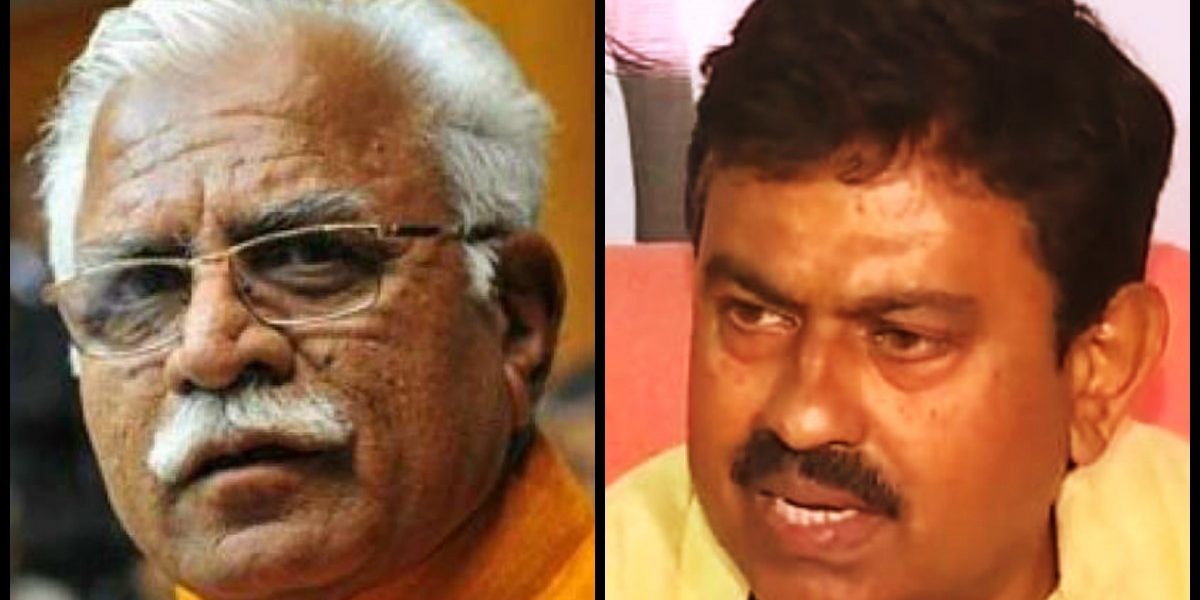 The deliberate mowing down of farmers in Uttar Pradesh’s Lakhimpur Kheri on October 3 is an overt manifestation of the growing frustration among members of Narendra Modi’s government and the ruling Bhartiya Janata Party at their inability to deal with surging public anger spilling onto the streets of India.

This is an inevitable outcome of the pro-corporate, anti-people policies that this government and party have pursued since coming to power. The government is now finding it difficult to escape from the economic morass that it has created, resulting in it being pitted against the vast majority of citizens.

Amongst the myriad economic and political challenges that the Modi government faces domestically, the farmers’ agitation has been the most formidable. It has only gained strength and traction with time, despite the government’s use of the usual divisive tricks and heavy-handed measures to thwart it.

The fact that the narratives of the government, the ruling party, its IT cell and corporate controlled media – which were earlier used to counter public resentment and were blindly accepted by some – are now being fact-checked, questioned, discarded, reacted angrily to and lampooned on social media, has compounded the problems of the powers that be.

In the past seven years, the government has successfully concentrated power by bringing every institution, including the media, under its domination. Where it went wrong, however, was in its treatment of the masses as if they were dumb, driven cattle who could be controlled by a divisive, majoritarian narrative.

This is exactly how the British captured and consolidated power in this country. With the help of their stooges, the British created narratives which helped accentuate the existing caste and religious fault lines in Indian society, more so after the non-cooperation movement. Those narratives helped them wean the masses away from the anti-imperialist freedom struggle and made them fight amongst themselves.

On October 3, Haryana chief minister Manohar Lal Khattar, who worked for decades as a pracharak of the Rashtriya Swayamsevak Sangh, suggested a way to deal with the intensifying farmers’ protests. He called upon party cadres to form private armies (“danda force”) in every district to physically confront farmers through a “tit-for-tat” approach. Further, he told them not to worry about going to jail because that would make them “big leaders” and their names would be “etched in history”.

Khattar has, since day one, been using high-handed measures to provoke a violent reaction from the farmers in order to justify counter-violence by the state. Unfortunately for him, not only have all his tactics failed, he has also had to concede to the demands of agitating farmers whenever he used the police to thrash them.

But Ajay Kumar Mishra, Union minister of state for home affairs, went a step further by openly threatening the agitating farmers, stating that he would “sort them out in two minutes“.

Mishra’s entourage, perhaps emboldened by the minister’s boast a few days prior, allegedly drove one of the vehicles in their convoy through a group of protesters walking on the road in Lakhimpur Kheri. An FIR has been registered against Mishra’s son and farmers have alleged he opened fire on them.

The farmers’ only fault was that they believed in the power of a peaceful protest which has been going for more than ten months.

The question now is: who will uphold the constitution and rule of law in the country when two constitutional authorities, having taken an oath to do so, are proudly trashing it?

In fact, Khattar should have been dismissed back in 2019 when he made disparaging remarks about Kashmiri women after the reading down of Article 370 of the constitution.

Why is the prime minister silent? Why can’t he sack both leaders? His prolonged silence will damage not only his own reputation, but the reputation of the country as well.

For a fair investigation into the Lakhimpur violence, Mishra should first be dismissed. Khattar must also go for what he had suggested. It is difficult to say who can conduct a fair investigation, given the track record of the governments in both Delhi and Lucknow. Unfortunately, the golden thread of the rule of law which runs through various provisions of the constitution has been trampled with impunity, long before this incident.

The calls for vigilante violence against individuals or groups protesting peacefully is frightening. The fact that ministers and chief ministers can speak like this and get away with it puts the rights of all Indians in grave danger.