Long admired as a messiah of the poor and marginalised sections of society, Kumar has a massive following. But will this change the power structure in India’s youngest state? 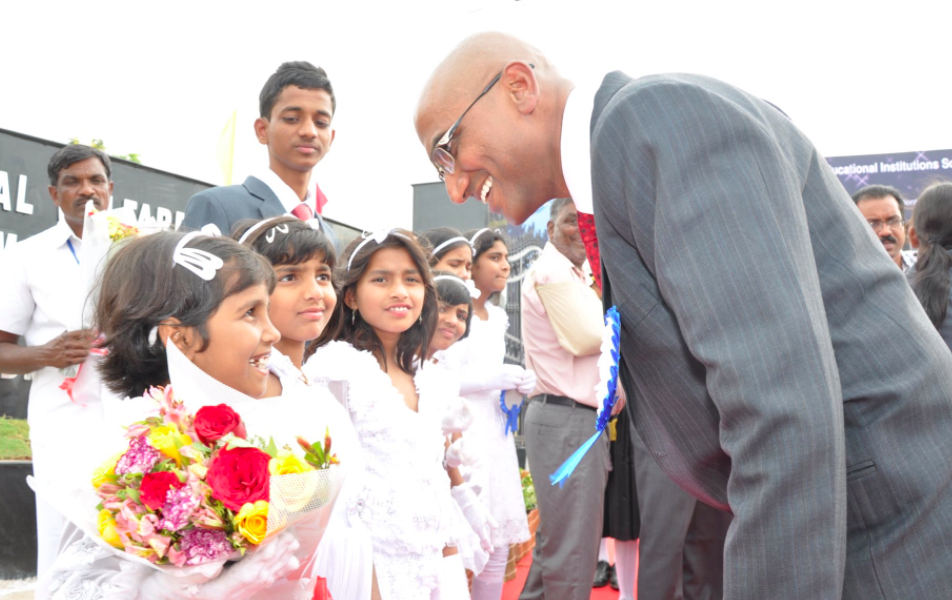 Hyderabad: Repalle Shiva Praveen Kumar, who took voluntary retirement from the Indian Police Service (IPS) on July 20, 2021, six and a half years ahead of his official date of retirement, has started his innings in Telangana politics. On August 8, he joined the Bahujan Samaj Party (BSP) at an impressive rally in Telangana’s Nalgonda district.

Kumar, who is from the 1995 batch of the IPS and holds a masters’ degree in public administration from Harvard University, is expected to introduce quality education, health and employment for subaltern sections of society into the state’s political debate. Telangana’s 53% literacy rate lags woefully behind the national average and during his more than decade-long stint as secretary of the Telangana Social Welfare Residential Educational Institutions Society (TSWREIS), Kumar had been admired as a messiah of the poor and marginalised sections of society, a reformer, an educationist and a motivator.

The policeman-turned-politician is supported by a strong network of the alumni of the schools across the state that he had helped to run in the 10 years past. The alumni refer to themselves as ‘Swaeros’, a portmanteau word that combines the words ‘social welfare’ with the word ‘aeros’, which refers to the sky, meaning that they reach for the sky.

A war for power

Praveen Kumar shot into the limelight earlier this year when he was targeted by radical Hindutva groups after a video showed him taking an oath against the worship of Hindu deities and participation in Hindu rituals at a famous Buddhist shrine at Dhulikatta in Telangana’s Peddapalli district on March 15. On July 23, three days after he quit the IPS, the police slapped a case against him for ‘humiliating Hindu gods’, which he described as a sign of the Telangana government’s political vendetta against him.

Also read: Caste, Region and ‘Hindu Rashtra’: The Many Shades of the By-Election in ‘Bangaru’ Telangana

Coming from a Dalit background, Kumar explicitly pronounced his ideals, convictions and goals at the Nalgonda rally on August 8, while invoking Dr B.R. Ambedkar, Jyotirao Phule and Kanshi Ram during his speech.

By asking his Dalit audience whether they would prefer to remain ‘slaves’ under the leadership of exploitive ‘upper caste’ people or become rulers themselves, Kumar also made it clear that he is wedded to the cause of Bahujana rajyam or political power for bahujans. According to Hyderabad-based political analyst K. Nageswar, at a time when the polity is mired in defections and bereft of ideals and ideologies, Kumar’s pitch for social justice is a welcome sign of possible change.

The custodial death of Mariyamma in Yadadri Bhuvanagiri district on June 18 provided Kumar with ammunition to back up his speech. He asked why the sub-inspector and two constables involved in the custodial death had not been arrested under the Scheduled Castes and Scheduled Tribes Atrocities (Prevention) Act.

Where are the Dalits?

When Kumar quit the Telangana cadre of the IPS last month, it sparked a debate in the state on an alleged lack of equity in power sharing. The K. Chandrashekar Rao (KCR) government formed from the Telangana Rastra Samithi (TRS) party was accused of sidelining Indian Administrative Service (IAS) and IPS officers with Dalit and backward classes backgrounds and giving plum posts only to those officers with ‘upper caste’ backgrounds.

For example, there has not been even a single IAS officer with a Dalit background in the chief minister’s officer in the last seven years of TRS rule, said Akunuri Murali, a Dalit IAS officer from the 2006 batch. Officers with ‘upper’ caste backgrounds have even been rewarded with postings as officers on special duty on their retirement, Murali added.

Murali had opted for voluntary retirement in August 2019, alleging that he had been given a post where he had no work to do. Despite his rich experience in rural development and poverty alleviation programmes, he had been posted as the director of the archives, which led him to quit the service. Soon after this, the Jaganmohan Reddy government in Andhra Pradesh offered him the post of advisor to the department of school education.

The KCR government also came under fire for failing to deliver social justice even in the formation of the cabinet, bringing into question the promise of samajika Telangana (Telangana for all) that the TRS had made during the statehood movement.

It is alleged that though members of the Scheduled Castes and Scheduled Tribes who make up 18% of the state’s population should get three cabinet berths in proportion to their numerical strength, they received only one such post while KCR’s own Velama community, which constitutes less than 1% of the state’s population, has received four berths and the Reddy community, which constitutes 5% of the population have six or seven berths.

What are his chances?

Given Kumar’s public image and following, the BSP should now receive some traction in Telangana. But it is unlikely that Kumar will ride an elephant (the BSP symbol) to Pragati Bhavan, the official residence of the chief minister, any time soon.

The state polity is already crowded with the ruling TRS, the Bharatiya Janata Party and the Congress as the main players, which leaves little space for the BSP. In 2018, when the BSP fought the general and state elections, it ended up with just a 2% vote share.

“We, as [members of the] backward castes, scheduled castes and scheduled tribes, constitute 80-85% of the state’s electorate. We don’t want alms but our due and rightful share in power,” Kumar said at his Nalgonda rally.

But to bring under a single umbrella all the members of backward castes, scheduled castes and scheduled tribes, each of which has some sort of conflict with another, will be a very difficult task, pointed out a senior journalist from Hyderabad who requested anonymity.

There are about 140 backward castes in Telangana, who show no trace of unity. And with Malas and Madigas at loggerheads after the government’s move for categorisation, the scheduled castes are also divided, the journalist said.

Meanwhile, KCR continues to woo Dalits with his flagship Dalit Bandhu scheme, which is apparently the country’s biggest cash transfer scheme for the welfare of Dalits. Thus, to win over the state’s population of Dalits, Kumar must counter KCR effectively.

But perhaps that will be easier than is believed right now, said Nalla Suryaprakash, chairman of the Bahujana Left Front (BLF).

“What is needed is a strong and credible leader. I hope Pravin Kumar can overcome hiccups associated with Mayawati’s style of functioning,” Suryaprakash told The Wire, pointing out that KCR had made several “false promises” to the Dalit community, including appointing a Dalit as the first chief minister of the country’s youngest state and providing two-bedroom houses and three acres of land for every Dalit family in Telangana.

In 2009, in undivided Andhra Pradesh, retired IAS officer N. Jayaprakash Narayan had contested the state elections just as Praveen Kumar will do soon. But JP’s experiment failed and he ended up with a vote share of just 1.76%. Whether or not Kumar will do any better only time will tell.