While his senior party colleague has accepted A. Revanth Reddy’s apology, the old guard in the state PCC may not be as forgiving. 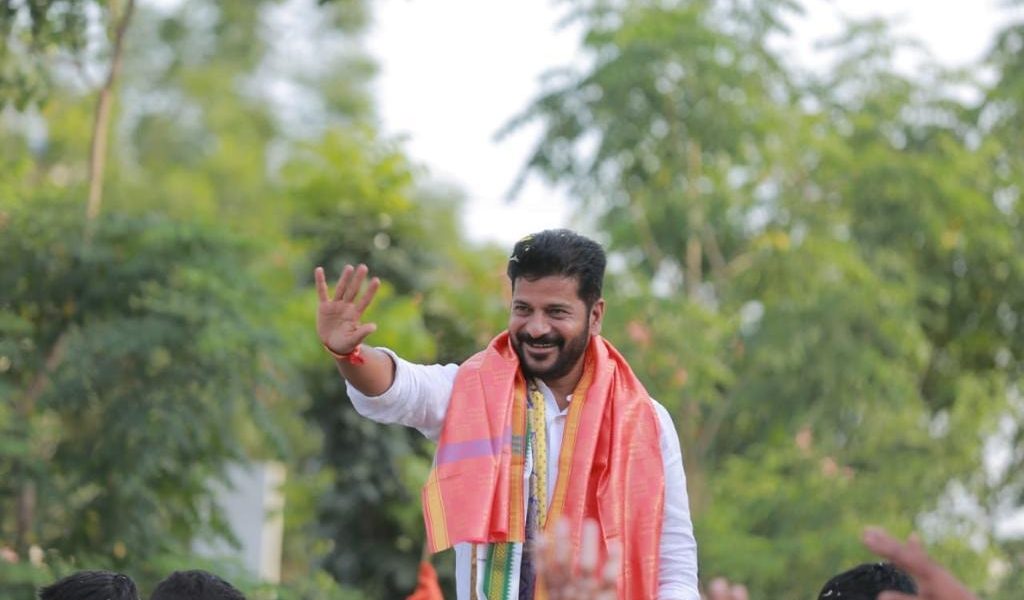 Hyderabad: The dust kicked up by Telangana Congress president A. Revanth Reddy, who had called his senior party colleague Shashi Tharoor a ‘gadha’ (donkey), appears to have settled for now. But the disparaging remark may haunt Reddy’s political future in the grand old party.

Reddy had apparently hit out at Tharoor because the latter had praised K.T. Rama Rao, Telangana’s minister for municipal administration and urban development, industries and commerce and information technology, for his “laudable” work in the field of information technology. K.T. Rama Rao is from the ruling Telangana Rashtra Samithi (TRS), a party that Reddy, as president of the state unit of the Congress party, considers his biggest rival.

Unfortunately for Reddy, he had made the ‘gadha’ comment during an informal chat he had been having with the media and it was duly reported in the New Indian Express on September 16, after which he faced a barrage of adverse reactions from his party’s old guard, including Manish Tiwari and Rajeev Arora. Although Reddy initially claimed that he had been misquoted by the media, he was eventually forced to tender an apology to Tharoor via a tweet when K.T. Rama Rao released an audio clip of Reddy’s outburst.

But even though Tharoor responded by saying that he was happy to put the “unfortunate episode behind us” following the “gracious apology” from Revanth Reddy, it seems unlikely that the insult will be forgotten.

The reason for Reddy’s uncomfortable position is the fact that he had defected from the Telugu Desam Party (TDP) in October 2017, and joined the Congress with the ambition to occupy the highest elected position in the state. He had been made president of the Telangana state Congress barely three months ago, but his appointment is still opposed by senior members of the party’s state unit and he has been finding it difficult to gain the support of Congress leaders from his own Reddy community. So disparaging a senior party colleague who is close to the party’s top brass in Delhi may give his in-house opponents leverage against Reddy.

To achieve his ambition for the position of chief minister of Telangana, Revanth must take on not only the ruling TRS but his intra-party rivals, said Inukonda Tirumalai Patel, former professor of English in Delhi University.

He needs the backing of the dominant Reddy community who are the face of the Congress party in Telangana. But the Congress member of parliament Komatireddy Venkat Reddy, member of the legislative assembly Jagga Reddy and former Rajya Sabha member V. Hanumantha Rao from the Backward Classes (BC) openly opposed Revanth’s appointment as president of the state party unit. Venkat Reddy even accused him of having purchased the post of Pradesh Congress Committee (PCC) president for Rs 50 crore from the Congress leadership in Delhi.

Revanth Reddy also faces the daunting task of drawing members of the BC communities back into the Congress fold, Tirumalai told The Wire.

As president of the state Congress, Revanth Reddy has already started the job of wooing members of the BC communities back to the party by holding a Dalit Girijana Atma Gourava Dandora, a programme to highlight the “plight” of members of the Dalit and Adivasi communities under KCR’s rule and expose the chief minister’s “false promises”, which started at Indravelli on August 9 and culminated in chief minister K. Chandrashekar Rao’s home constituency of Gajvel on September 17 with a massive rally.

A breather for the Congress?

Revanth’s fighting spirit, crowd-pulling abilities and ability to hit out at KCR in his own idiom are unquestionable. Having been implicated in a vote for notes case, he is eager to pay the TRS chief back in the same coin. It was this attitude towards KCR that helped Revanth win the backing of the party bosses in the tough competition for the post of president of the PCC. Under his stewardship, the Congress, which lost two state elections in succession, has received a fresh lease of life.

But a section of party leaders are reportedly not happy with the Revanth Reddy’s style of functioning. On the condition of anonymity, a former Congress minister told The Wire: “He [Revanth Reddy] needs to be more accommodating and have the courtesy to treat party loyalists with some respect. To win the state government from an invincible leader like KCR will not be an easy task. It would suicidal for the party if anyone were to believe that the task could be accomplished by a single leader running the party as a one-man show.”

Revanth is not familiar with the ecosystem of the Congress party and lacks the knack to handle mavericks like Shashi Tharoor, say members of the state Congress, pointing to the way that the late Y.S. Rajasekhar Reddy (YSR), then the president of the PCC, had handled Jairam Ramesh in the years 1999-2004.

Ramesh, a senior leader of the Congress who represented the party’s think-tank, had embarrassed the state Congress by failing to hide his admiration for the then TDP chief minister N. Chandrababu Naidu. But unlike Revanth Reddy, YSR had handled the situation with tact.

After becoming the PCC president, Revanth Reddy has managed to stop members of the Congress from defecting to the TRS, he needs to weed out the covert supporters of KCR in the Congress, said senior journalist Sheikh Zakeer.

Zakeer was alluding to the September 13 incidence in which Revanth Reddy’s opponents within the Congress had deliberately disobeyed his order to avoid participating in the official programme on Dalit Bandhu at the chief minister’s residence.