A former TDP leader, Revanth's rise in the Congress, and even in politics, has been meteoric.

Hyderabad: The Congress party which went out of power seven years ago in Telangana now nurses hopes in the diminutive 55-year-old turncoat Anumula Revanth Reddy.

On June 26, the Congress high command handpicked Revanth, an MP from Malkajgiri to head the state Congress, replacing N. Uttam Kumar Reddy and by ignoring a battery of old-timers seeking the party’s top post.

The change of guard took place at a time when the party is facing its worst-ever crisis. It suffered a series of electoral setbacks and an exodus forcing itself to cede the opposition space to the BJP. The Congress in the state has for long been desperately craving a popular and able leader to take on the Telangana Rashtra Samithi chief K. Chandrashekar Rao, who has emerged invincible and thereby revive its diminishing fortunes.

Though the Congress is credited with creating the state of Telangana, it failed to win the first election in the new state in 2014.

In its worst performance, the Congress won 19 assembly seats in the 2018 assembly elections, but as many as 12 MLAs migrated to KCR’s party, TRS. The outgoing state Congress chief N. Uttam Kumar Reddy even failed to retain the Huzurnagar assembly seat which he had held before he went to the Lok Sabha after winning a by-election. 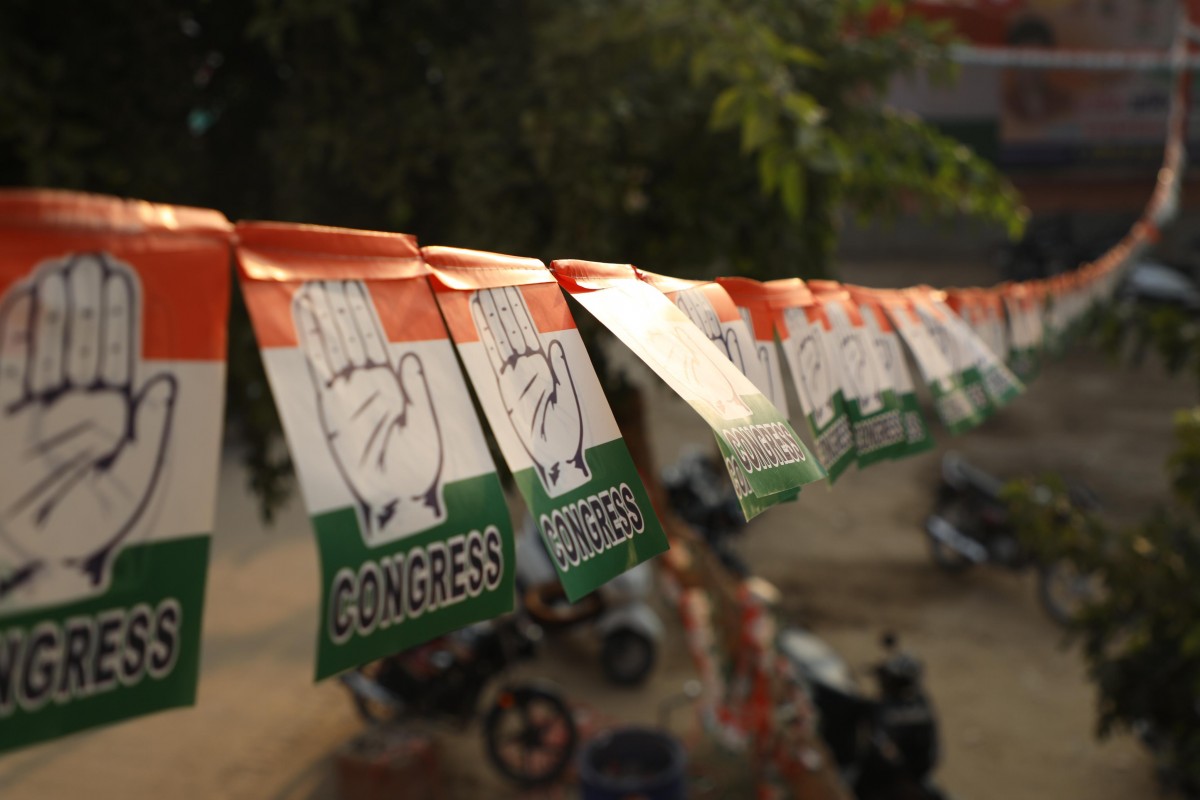 At present, Congress has six MLAs in the 119-member legislative assembly, dominated by 103 TRS members. The party has three MPs from the state in the Lok Sabha. It is no longer claiming to be the principal opposition party since the parliamentary elections in 2019 in which BJP got four Lok Sabha seats with a 20% vote share.

As a result, the saffron party later could wrest the Dubbaka assembly seat from the TRS in KCR’s native Medak district and made substantial gains in the recent elections in Greater Hyderabad Municipal Corporation (GHMC) elections by increasing its tally from four to 48 civic wards. Thus, the party that ruled combined Andhra Pradesh for 10 years consecutively since 2004 suffered hugely and quickly.

Amidst this backdrop, the party top brass hopes to achieve twin objectives in Telangana under Revanth Reddy’s stewardship: checking the rise of saffron politics, and also preparing the party to get into a combative mode to take on the invincible KCR in the coming state elections due in the next two and a half years, Hyderabad-based analyst Sk. Jakeer tells The Wire.

Revanth who began his political career during his college days with the ABVP (Akhil Bharatiya Vidyarthi Parishad), the student wing of the BJP, defected to the Congress only in 2017 from the TDP after he was implicated in the vote-for-note scam. TDP chief N. Chandrababu Naidu made Revanth the party’s working president in Telangana in the fond hope of its revival post-state bifurcation.

On May 31, 2015, Revanth, then lawmaker, was caught by ACB (anti-corruption bureau) paying an alleged bribe of Rs 50 lakh to Elvis Stephenson, a nominated MLA for supporting the TDP nominee Vem Narendar Reddy in legislative council elections on June 1, 2015. TDP chief and former chief minister N. Chandrababu Naidu also figured in the case as a conspirator. Noticeably, Vem Narendar Reddy found a place in the new team of office-bearers in the PCC (Pradesh Congress Committee) under Revanth’s leadership.

In a span of hardly four years, Revanth rose in the PCC.

His arrest in the vote-for-note scam in 2015 immediately after KCR began his first innings as the chief minister of the country’s youngest state has taken the rivalry between the two leaders beyond politics.

In the last state elections, Revanth lost from Kodangal of Mahabubnagar district but then won the LS election from Malkajgiri, dominated by Seemandhra settlers. The Lok Sabha election was held just a few months after the state elections.

The rivalry between TRS chief KCR and Congress chief Revanth Reddy is beyond politics, and it is a personal feud. Illustration: The Wire/Facebook.

Revanth subsequently mounted an attack on the KCR family by releasing photos shot with drone cameras of a farm house allegedly owned by KCR’s son K.T. Rama Rao on the outskirts of state capital in the prohibited areas of Osmansagar and Himatsagar reservoirs.

Revanth and KCR are forever engaged in a back and forth, observed senior journalist Pasam Yadagiri. But the underlying challenge for Revanth is unifying his party leadership by taking all dissident leaders on board.

“For the last two years, many of us have been pressing for a Congress loyalist to replace Uttam Kumar Reddy. Now that the high command has taken its decision, I hope I am proven wrong,” he said.

The party’s MP Komatireddy Venkata Reddy accused the Congress leadership of having sold the PCC president’s post to Revanth.

Who will lose and who will benefit in state politics should the Congress emerge as a force to reckon with under Revanth’s leadership?

Professor Nageshwar, who teaches journalism at Osmania University, said it will be the BJP and not TRS which will be most impacted.

“BJP rose to sudden glory in the absence of a formidable leader in the Congress to occupy the anti-KCR political space. If Revanth emerges a towering leader and star performer in that space. He will cloud the BJP,” he said.

Also read: Hyderabad: How KCR Ceded Ground to the BJP in GHMC Elections

A BJP-leaning analyst Raka Sudhakar says the opposition vote would split between Congress and the BJP. Even if the TRS falls short of numbers in that context, it can manage to tilt the scales in its favour with the help of AIMIM, Raka added.

KCR has unwittingly helped the rise of BJP in the previous parliamentary elections, the by-election in Dubbaka and the GHMC elections by focusing singularly on the Congress.

The by-election due in Huzurabad caused by the resignation of former minister Eetela Rajendar provides an opportunity for Revanth to demonstrate his calibre.