Tejashwi Yadav Has Arrived but an Uphill Task Faces Him

The legacy of 'vikas nahi, samman chaiye', of which Tejashwi is the anointed heir, has probably run its course. 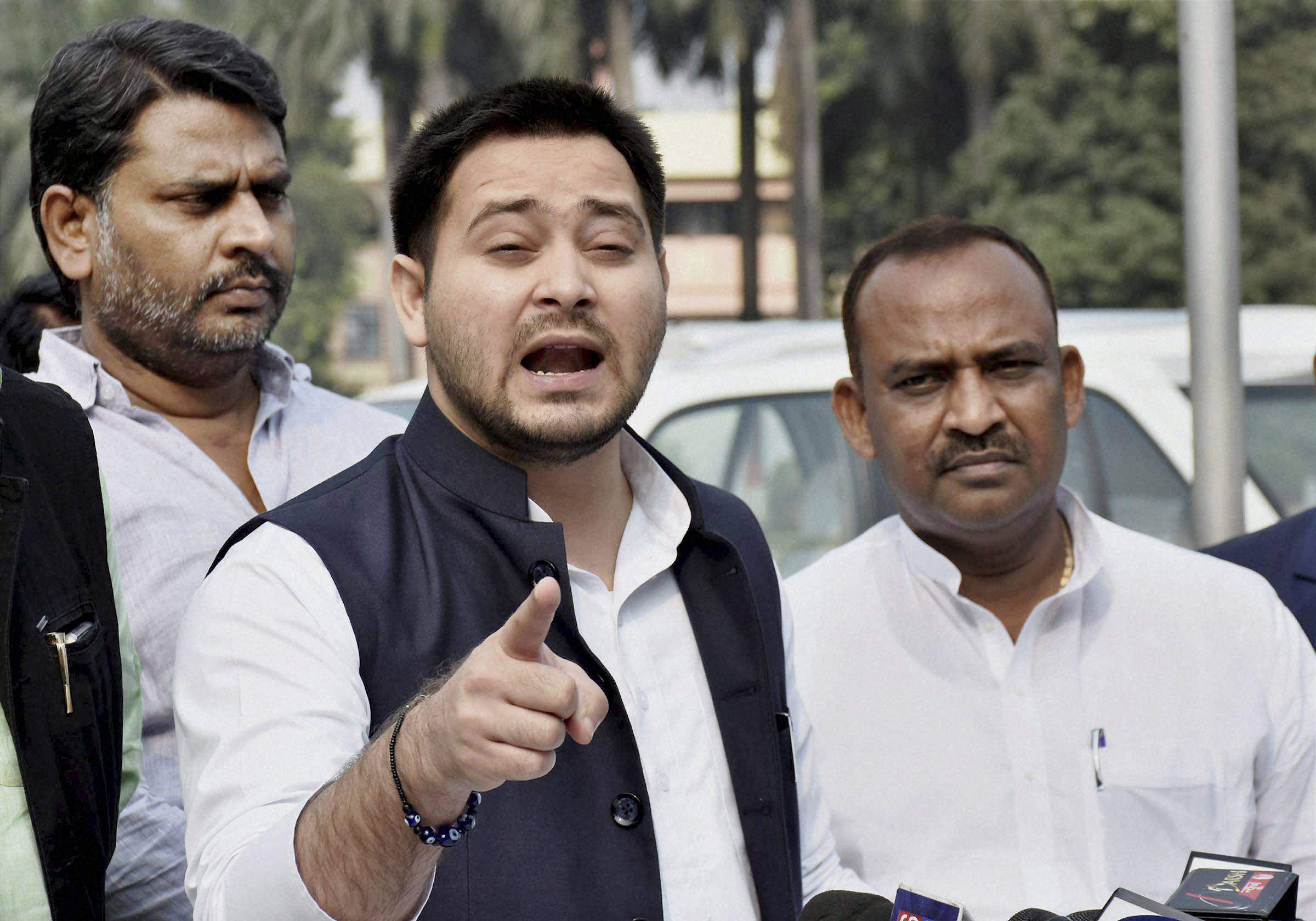 Tejashwi Yadav, dressed casually, may pass off as a fresh graduate student, or a fitness enthusiast. He could even be your regular guy next door. It is his 24/7 ensemble of kurta pyjama and black jacket that possibly gives him away as a politician. At 29, Tejashwi is the youngest leader of opposition of a legislative assembly (Bihar) in the country, although it isn’t a role of his choosing. He is also the heir to the legacy of Lalu Yadav – indisputably one of the most charismatic and maverick mass leaders of Bihar.

In 2015, when Tejashwi contested his first assembly election, his victory was a forgone conclusion. He won handsomely. What raised many eyebrows was his direct accession as deputy chief minsiter of Bihar in the Nitish Kumar-led government, at the expense of many senior leaders of the Rashtriya Janta Dal (RJD).

There were murmurs and sniggers of all kinds; a political novice, another dynast, born with a silver spoon. It was actually ordained by his Machiavellian father, Lalu Yadav. Why did Lalu take that decision? Maybe it was a premonition that if things go bad in the future, Tejashwi could keep the rank, file and family together. The voters needed a face to identify with, and after Lalu, it had to be Tejashwi.

Tejashwi’s term as deputy CM was largely uneventful. He kept a low profile. Possibly he knew that a single misstep would condemn him forever without any trial. He focused on his ministerial work of road and building construction, and irrigation. Even his critics have nothing disparaging to say of his stint. Tejashwi was happy to learn the ropes of governance from Nitish chacha, as he fondly called him then, and the complex arithmetic of social justice, politics and family from his father. 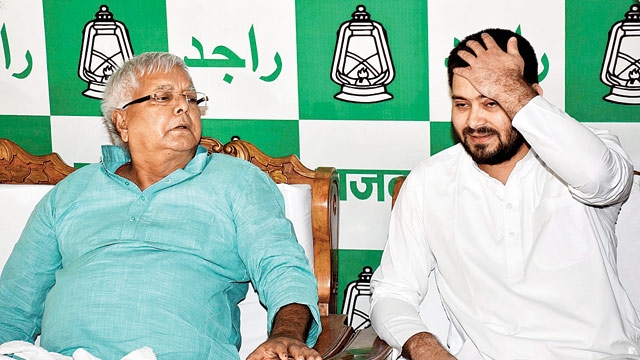 By the summer of 2017, Nitish’s antaratma (conscience) which by his own admission has been his guiding light for four decades in public life, started to feel shifty about the grand alliance. It was actively prodded by central agencies like the CBI and ED, which sought to investigate alleged money laundering in granting the operational contracts of two IRCTC hotels during Lalu’s tenure as railway minister in UPA-I (2004-09).

Bafflingly, Tejashwi who was barely 14 in 2004, the period to which the case pertains, was also made an accused along with Lalu and his wife Rabri. Nitish’s antaratma revolted. On the evening of July 26, 2017, he walked to Raj Bhawan and resigned as CM of the grand alliance. The next morning, in the interest of Bihar, Nitish again took oath as the CM, but with the BJP as an ally. This feat was achieved in less than 24 hours.

Tejashwi was made the leader of the opposition. For naysayers, it was the end of the road for Tejashwi, a chit of a boy who had nothing to boast of except his famous father’s name – practically no experience in governance, none in politics! How long would he survive – individually, most of the NDA leaders had more political experience than his age!

The next day (July 28, 2017), Nitish sought a trust vote in the Bihar assembly. It was a day of reckoning for Tejashwi. He spoke for around 45 minutes. He spoke on the aspirations of Bihar’s downtrodden; why the grand alliance was formed, he spoke about the betrayal; that he was used as a pawn by Nitish to align with the BJP; he spoke about the antaratma of Nitish and its convenient biddings over the decades, he spoke on the charges against him; on the vindictiveness against his family. He spoke extempore. The speech was restrained and well-modulated. It incorporated Bihari slang identifiable by the masses. He addressed Nitish as “boss”. Even if he was nervous, he did not betray any signs and kept his cool. 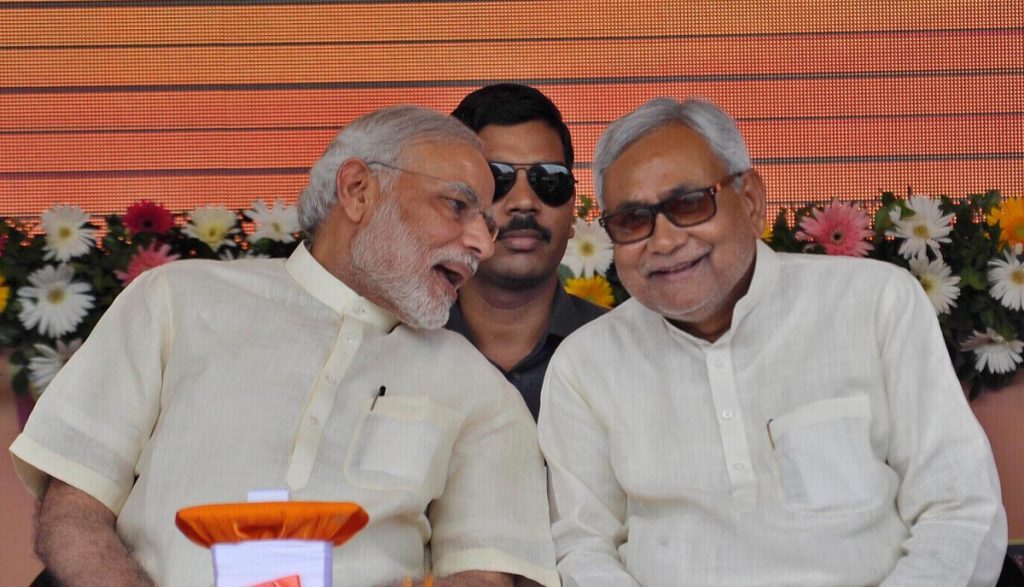 Tejashwi arrives on the scene

That day, Bihar heard him live. People sat up and took notice. News reports tell us his speech was applauded not only by the masses, but also, albeit secretly, by many members of the treasury benches. He cemented this position in March 2018, when the RJD won the by-polls in Araria (MP) and Jehanabad (MLA).

People in the know will tell you that it was a David vs Goliath fight. Bereft of Lalu Yadav (by then incarcerated in Ranchi jail), the ramshackle machinery of the RJD was pitted against the might of the NDA government. Tejashwi campaigned like a man possessed and his party won the seats with handsome margins. Tejashwi had arrived on the political scene of Bihar. He was no longer just his father’s son, but perhaps, going forward, will be seen as a leader in his own right.

Also Read: Reality Check: The Promised Drama of 2019 Is Not Modi vs All

Despite its hubristic resistance to change, the Bihar of today is different from the Bihar of the past. In the last decade and a half, it has tasted “sushashan” (good governance) of which Nitish happens to be the singular claimant. So is Nitish’s track-record of personal probity and integrity built, assiduously, through hard work, determination, and delivery. This is his legacy, capable of winning elections by successfully transcending the minefield of caste and the attendant political loyalties of the Bihar populace.

The legacy of “vikas nahi, samman chaiye”, of which Tejashwi is the anointed heir, has probably run its course. In the past, it paid rich dividends to his party and family. It has propelled him thus far; the future is for him to chalk. He cannot afford to be complacent. If he aspires to the throne, he will have to offer an ingenious vision to Bihar, one better than Nitish’s; of governance, of rule of law and probity. Social engineering alone will not do. This is an uphill task. If politics is a daily toil, Tejashwi will have to toil and toil harder, or as they say in cricket (his past vocation), he shall remain “padded up” for a long time. The match has just begun.

Kumar Visalaksh is a lawyer by training. He has a keen interest in Bihar politics. He can be reached at visalaksh@gmail.com.