The civil rights activist was told by the police that she had been arrested without being told the charges, and kept in custody for more than ten hours. 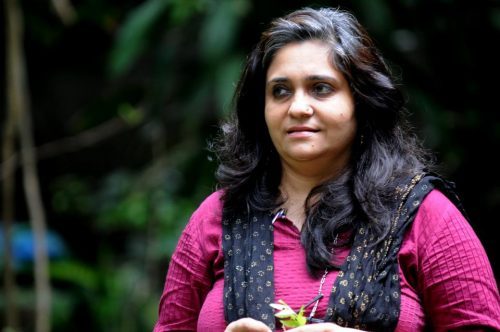 New Delhi: Renowned civil rights activist Teesta Setalvad was reportedly detained in Varanasi, hours after she was first held by the Uttar Pradesh police on Monday morning. Setalvad, who has often found herself in the Sangh parivar’s line of fire for her fiery anti-communal activism, told The Wire that she was first detained at the city’s airport while headed to attend a youth training camp organised by the Samajwadi Jan Parishad, a political party, and deliver a valedictory speech on “communalism and education.”

She was later released a little after 7 pm.

Her detention assumes significance as Varanasi, also the Prime Minister Narendra Modi’s constituency, has been in the news for the last two days because of a lathi charge by the UP police on protesting students from the Banaras Hindu University (BHU). The students were protesting against the university administration for failing to act on a sexual abuse complaint by a woman student. The students have alleged that the university authorities, instead of bringing the culprits to task, tried to shift the blame on the student for being out of the hostel in the evening, at around 6 pm, before curfew.

Speaking to The Wire, Setalvad said, “I had come to Varanasi for a meeting which was planned one and a half months ago. But I was surprised to see local policemen accosting me quite rudely at the luggage counter of the airport. They did not let me out of the airport, following which I had an argument with them.”

She said that after an argument that lasted about 45 minutes, a sub-divisonal magistrate (SDM) of the Pindra area of Varanasi, Nagendra, intervened and gave an oral order to the police to let her go to Rajghat. “I told him categorically that I will not be going to the BHU,” she said.

But she alleged that soon after this order, as she was on her way to Rajghat, Sunil Verma, another SDM from a different jurisdiction, stopped her. Setalvad was later told that she had been arrested but the police did not confirm the charges against her.

“It was only verbally communicated to me that I have been arrested. The police did not specify any charges on me. So I have refused to go to a police station until I see a written order,” said Setalvad.

Setalvad was in the police lines where a few policemen are guarding her.

After having detained  Setalvad for more than ten hours in Varanasi – after allegedly telling her she had been arrested – the UP police released the renowned civil rights activist on the condition that she leave the city immediately. According to people who were in touch with Setalvad, she was asked to leave the city for Jaunpur at once, where she is supposed to attend another meeting on September 26, or face arrest. Setalvad agreed to leave for Jaunpur.

Likening her detention to the days of emergency, when activists were indiscriminately targeted, activists including Kavita Krishnan, Saba Dewan, filmmaker Rahul Roy and others issued the following statement:

“We are shocked and dismayed at the arrest of activist Teesta Setalvad in Varanasi today. Teesta Setalvad was visiting Banaras to attend the Yuva Samta Samvad Shivir organized by the Samajwadi Jan Parishad at Gandhi Sansthan. The UP Government and Banaras city administration must answer why Ms Setalvad has been detained by the police? She has been given no reason for the detention – though some police personnel have expressed the fear that she may visit BHU; and others said she was being detained for “her own protection.” Such a detention is an attack on civil liberties. Has Varanasi – the constituency represented by India’s Prime Minister – been placed under an Emergency, where individuals can be arrested for no crime? Why is the BHU Administration and UP Government looking at the movement of BHU’s women students through a political lens? Why are they unleashing police on women students and arbitrarily detaining activists completely unconnected with the BHU agitation?

We demand the release of Teesta Setalvad, and we demand an explanation from the UP Government for her arrest, and for why she was prevented from addressing the youth gathering to which she had been invited.”

Meanwhile, activists across the country have condemned her detention as high-handed action by the UP government. The organiser of the training camp, Aflatoon Afloo, saw in her detention an attempt by the Adityanath government to suppress any dissent. The training camp was attended by members of various civil rights organisations and has been going on for the last two days.

Satyendra Tiwari, circle officer in-charge of the BHU area, could not confirm Setalvad’s detention. He, however, told The Wire that the police on Monday morning arrested a few Samajwadi Party activists who were trying to forcibly enter BHU premises without due permission. A Varanasi police official was also quoted by Scroll.in as saying, “No information has come to us from the central office about this (Setalvad’s detention).”

Note: This story has been updated after Teesta Setalvad’s release, and to correct that she was detained and not arrested.