Telegu Desam Party leaders predict that within a year, Naidu's son will be made party president and will be pitched as a youthful face for the 2019 general elections. 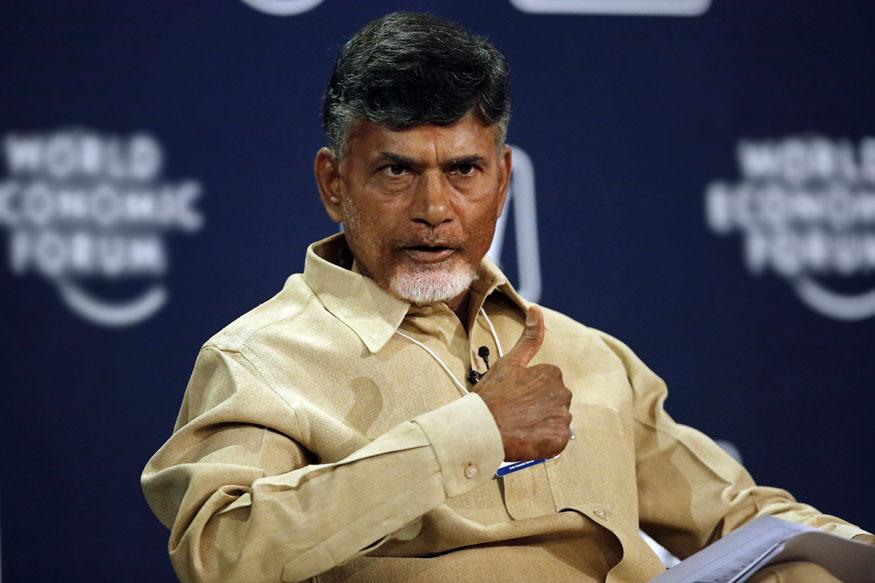 There was much thumping of treasury benches the other day in Lok Sabha when BJP MP Hukmdev Yadav stood up to deliver a fiery  speech questioning the ‘politics of entitlement’ in India  and ‘how sons inherited positions from their fathers’. The speech was targeted at the Nehru-Gandhi family and the Congress party, but BJP’s ally, the Telugu Desam Party (TDP) – which has two ministers in Modi’ government – can be accused of worse in Andhra Pradesh. The BJP has two ministers in TDP’s government.

At the beginning of April, chief minister and TDP supreme Chandrababu Naidu inducted his only son Lokesh into his ministry just after he was ‘elected’ as a member of the legislative council (MLC). Thirty-four-year old Lokesh has been hanging around his father for the last few years and has emerged as his closest advisor on party and other affairs. Those familiar with TDP politics say that Naidu after backstabbing his father-in-law and then chief minister N.T. Rama Rao in a midnight coup in September 1995 and taking over the reins of office – does not easily trust anyone. His son, of course, is an exception. Party sources say that Lokesh is being aggressively promoted as the heir to Naidu – sometimes much to the annoyance of senior party leaders. “Within a year and in the run up to the 2019 elections, Lokesh will be elevated as president of TDP to project a youthful face,” predicts a senior party leader.

The other close advisors of Naidu include P. Narayana, who is the minister for municipal administration and. Sujana Chaudhry who is minister of state at the Centre. Both are businessmen: Narayana runs a profitable chain of tutorial colleges which are amongst the biggest in the country. Chaudhry is a contractor involved in a wide assortment of business. Till the 2014 elections, Narayana did not seem to have any direct links with politics but now has become a very important player. “The impression is that Naidu is surrounded by businessmen turned politicos, rather than career politicians,” says a neta from the state. Many of Naidu’s ministers have business interests although the incidence of businessmen entering into politics is much higher in Andhra Pradesh than other states, and this cuts across party lines.

Most bureaucrats who work for the Andhra Pradesh government assert that Naidu 2.0 is a watered down version of Naidu 1.0. “He takes a lot of time to take decisions and is vacillating. Files keep lying with him,” says a senior secretary to the Andhra Pradesh government. Naidu had made his name in his first tenure (1995-2004) by becoming the first chief minister in the country to take advantage of liberalisation that decentralised economic powers from Delhi downwards to states. Specifically he reinvented the then laid back and sleepy town of Hyderabad by successfully wooing tech companies like Microsoft and making it a hi-tech city. Now he wants to do an encore in Amravati, the new capital of Andhra Pradesh. “Hyderabad already had infrastructure so Naidu had just to build on it, but in Amravati he has to build from scratch. But neither are investors gung-ho about Amaravati, nor are Andhra businessmen driving in hordes from Hyderabad, contrary to what Naidu had expected,” says a prominent businessman not willing to be named.

In fact Andhra industrialists are all staying put in Hyderabad especially as the new Telangana government – after building the Telangana movement on anti-Andhra sentiments – is busy holding out an olive branch to them. Analysts say that the premise behind Amaravati is that the blue print of a mega capital with iconic tall modern buildings and well demarcated enclaves for business, residences and government buildings will result in booming real estate prices – and thus result in huge profits for realtors, government and anyone else who owns land. To give shape to Amravati, rich farmland in 30 villages on the banks of the river Krishna has been acquired. But nothing substantial is happening on the ground. Many feel that Naidu made a huge mistake by trying to build a greenfield capital and should have instead chosen a developed city like Visakhapatnam. “It would have been easy to build on the existing infrastructure of Visakhapatnam which has a port and an airport besides major industries,” says A.K.J. Rao, a professor in a college. Less money would also have been required. Finances have become a huge problem, what with Naidu dependent on the munificence of the union government that seems to be tight-fisted.

Naidu’s problem is that in his first tenure he had control over the NDA government led by Atal Bihari Vajpayee and was able to get his way through on many crucial matters. But the BJP on its own has a majority this time around in Delhi and Modi is not liberal like Vajpayee. So Naidu is hardly able to get decisions to suit him or manage a liberal infusion of cash from Delhi, say political analysts.

However, Naidu has a great advantage in that the major opposition party YSR Congress is led by Jagan Mohan Reddy. With so many cases against him and the Enforcement Directorate tightening the noose around Reddy in recent days, there is a feeling in the party that bad days are ahead. That’s how Naidu was able to win over some MLAs from YSR Congress and has inducted three of them as ministers in the ministerial expansion earlier this month which saw entry of son Lokesh. The anti- defection law has been bypassed because officially these MLAs continue to be part of the YSR Congress! If stories had to be believed earlier too, Naidu was able to keep YSR Congress on a leash by informally instructing district officers to not do any ‘work’ of YSR Congress party leaders (including local MLAs). With the Congress party as good as dead in Andhra Pradesh, YSR Congress is the only opposition in the state. The BJP has not been able to make any inroads in the state – possibly because of internal politics that marks the functioning of the party in Andhra Pradesh. “Naidu’s popularity is on the wane in Andhra Pradesh but he is unscathed because there is no opposition worth the name,” says Vijayawada resident S.T.R. Reddy. “ What is to be seen is whether in the future BJP dispenses with TDP and decides to strike it out in Andhra Pradesh – a state like Tamil Nadu where politics is dominated by two regional parties,” he wonders.