A relative newcomer in politics, the Shiv Sena scion is being primed for leadership role. He has also been candid about connections with the film industry. 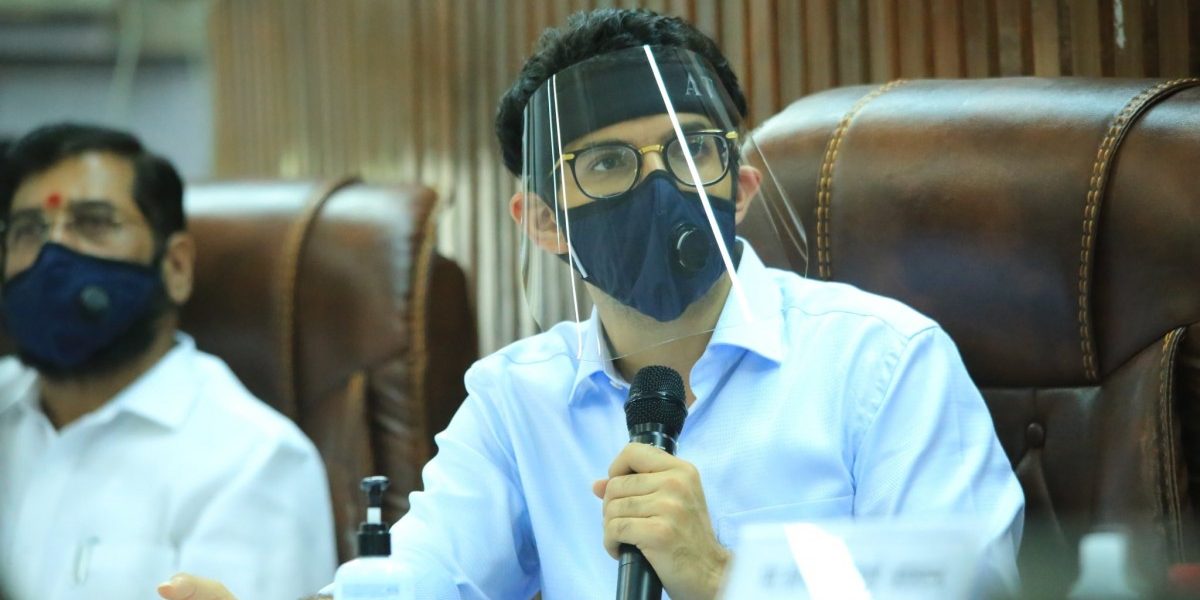 Mumbai: The untimely death of the 34-year-old Hindi film actor Sushant Singh Rajput, instead of being investigated in a routine manner, has unleashed hatred, petty political rivalry and even an interstate fight between two state police departments who seem keen on one-upmanship.

Rajput’s death, which initially was thought to have been caused by suicide – it was reported that the circumstances around his death suggested so – in later weeks became a case of alleged abetment. His girlfriend, Rhea Chakraborty, also an actor, has been named as a prime accused in the FIR registered by the CBI.

But behind the murky goings on, the bigger target in all the efforts to apparently get at the truth, seems to be the Maharashtra government, and specifically the Shiv Sena. Initially, the attacks seemed to be aimed at showing the government as incompetent, but that soon became about an effort to ‘hide’ something.

The clamour for handing over the case, first to the Bihar police, which came for its investigations and then to the CBI by the centre, were all part of that. Now, the focus seems to be the tourism and environment minister Aaditya Thackeray, son of the chief minister.

Also read: Once Upon a Time in Bollywood: The Death of Sushant Singh Rajput

Much of this campaign is being done clandestinely, with the help of WhatsApp media forwards, on Twitter, and even through questions on Quora, that purportedly give explicit details of how exactly he may be involved in the matter. Now, the Shiv Sena, acknowledging the innuendo-filled rumours has come out with a counter attack calling it a conspiracy to defame the young politician. Young Thackeray himself is calling it ‘dirty’ politics.

Thackeray, who has been open about his friendly associations with many in the Hindi film industry, has claimed that the attacks on him are part of a larger political conspiracy to target his family and the three-party Maharashtra government – a move that will help BJP in Bihar during the upcoming elections.

“Mud-slinging is being indulged in against me and the Thackeray family for no reason in connection with Sushant’s suicide. This is a kind of political stomach ache is stemming from frustration. It is a blot on humanity to seek mileage out of someone’s death. In fact, I am nowhere related to this episode,” he told the press, a few days ago.

Chakraborty’s lawyer Satish Maneshinde has also rubbished the allegations and said, “She has not spoken to him telephonically or otherwise, though she has heard of him as a leader of the Shiv Sena.”

Why target Aaditya Thackeray, who is a relative newcomer to politics?

The answer lies in who he is and his rising profile. Though a first-time MLA and minister, Aaditya Thackeray is one of the most visible political leaders in the state. He is seen in every important meeting, and it is obvious, especially to his own party seniors, that he is being groomed to be positioned as the next natural heir of the party. Hitting him directly will not just hurt his party, but also undermine him.

“The opposition expected our government (the Shiv Sena, NCP and Congress government in the state) to crumble in no time. That did not happen. Instead Uddhav ji has positioned himself as a mass leader and has been appreciated for his work in the past months. So, when you can’t take the leader down for his work, you find other ways to get at him. Attacking Aaditya [Thackeray] is a part of that other conspiracy,” a senior party leader said off the record.

The initial investigation in Rajput’s death was handled by the Mumbai police but a few weeks later, Bihar police – on a complaint by Rajput’s family in Bihar – had entered the scene. An FIR was registered in Bihar, which both Maharashtra government and Mumbai police had challenged, claiming that it is an overreach on the part of Bihar government. From Patna, Rajput’s family and relatives made several statements alleging foul play in his death and television channels were only too happy to report them and speculate in the most gory and lurid way, virtually alleging, as the family had done, that Rhea Chakraborty was involved in the death.

Chakraborty moved the apex court challenging Bihar police’s involvement and within no time CBI was engaged in the case. Now the Supreme Court has given the CBI a go ahead and an FIR for abetment to suicide has been registered. News reports suggest that the central agency has now formed five different teams to expedite investigation in the case.

All this was done to show the state government in a negative light, Sena’s member of parliament Sanjay Raut claims. Further accusing politicians of maligning the state government and the Mumbai police, he added, “The city police had probed the case in all fairness. Doubting the integrity of Mumbai Police was a conspiracy.

Initially, the Sena was nonplussed at the rapidly moving events, but has since managed to hold its own.

With the case now being with the CBI, the matter is out of the Maharashtra government’s hands, and it is now clear that the issue will continue to be in the news for some time to come.