Regional fault lines have assumed priority over an overarching Hindu identity as various states stand up for their own. 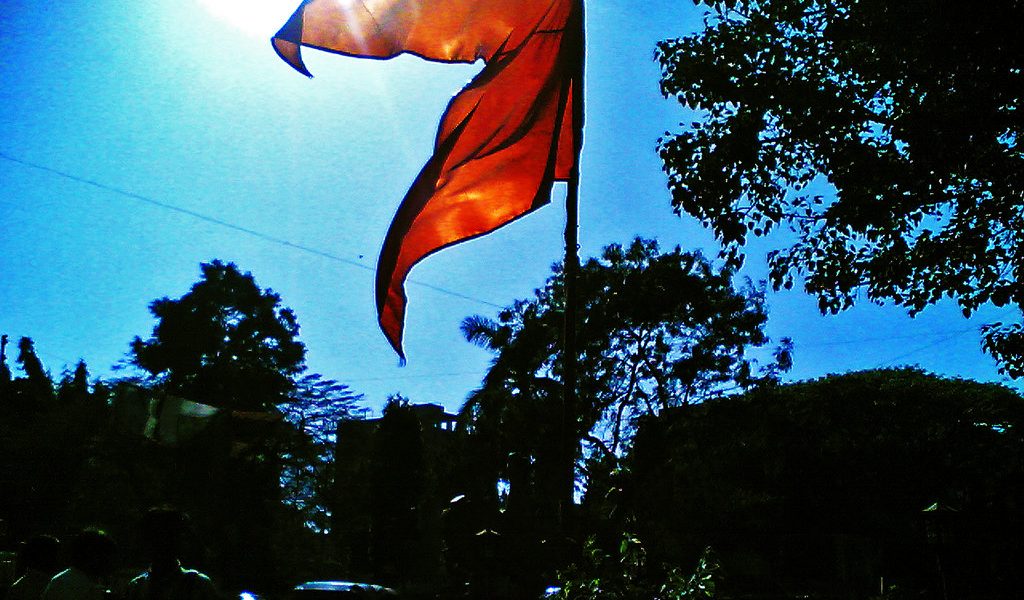 The year 2020 began with a classic Hindu nationalist public discourse, as the anti-Citizenship Amendment Act (CAA) protests and the campaign against the Tablighi Jamaat in the media in the early days of the pandemic constructed a neat Muslim ‘other’ for the majority community to deal with and condemn.

However, recent months have seen regional fault lines – with some hints of caste fissures – gradually becoming visible in the public sphere, as the media focuses on Sushant Singh Rajput’s death.

The arrest of Rhea Chakraborty, the late actor’s friend, on charges of procuring drugs for Sushant – and the war of words between the Shiv Sena and actor Kangana Ranaut – has seen national opinion gradually splitting across multiple, sub-national, fault lines.

Viewing Muslims with suspicion is part of the Hindu nationalist discourse, as it seeks to project the nation as Hindu. However, this requires the inclusion of multiple caste and regional groups within the broad rubric of Hinduism.

As the media debates Sushant and Rhea at a time of an economic crisis, a raging pandemic and Chinese aggression, and political parties try to base their politics on the images that the media throws around, the neat world of Hindu nationalism is showing signs of fissures within.

Political leaders in Bengal have latched on to the unending news flow around Rhea Chakraborty to argue that Bengali women have become a soft target for the BJP, accusing the party of playing up what is essentially a legal issue with an eye on the coming Bihar elections.

The All India Trinamool Congress (TMC), the Congress and the Communist Party of India (Marxist) have accused the Bharatiya Janata Party (BJP) of besmirching the reputation of a Bengali woman, thus appealing to a distinctive Bengali sense of collective self.

As elections in the state draw nearer, these parties hope to halt the forward march of the BJP – the party had got almost 40% votes in Bengal in the 2019 Lok Sabha polls – by painting it as “anti-Bengali”.

The state’s Bhadralok culture has traditionally seen Hindutva as a very north Indian interpretation of Hindu culture, which is purportedly more ‘boorish’, ‘aggressive’ and ‘masculine’ than Bengali religious practices, which are supposedly more egalitarian in gender terms.

The BJP has offered the TMC and other parties a chance to evoke a regional sense of hurt in the unseemly controversy surrounding the death of the late actor.

In Bihar, the BJP has already launched a campaign around ‘justice’ for Sushant Singh Rajput, playing on the sentiment that his death isn’t just a case of suicide but a result of abetment and foul play. His girlfriend Rhea Chakraborty has been portrayed as an arch-villain, if not conspirator, in the death.

The art and culture wing of the party has begun a poster campaign around the late actor. In this, the party that celebrates a pan-Indian nationalism infused with Hindu imagery has made a sentiment of hurt regional pride an electoral issue. 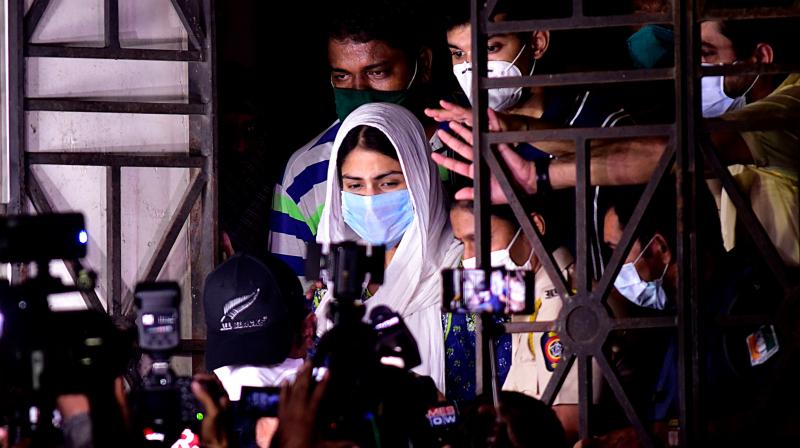 Actor Kangana Ranaut, who employed the controversy around the death of Rajput to claim that nepotism in the Hindi film industry was the reason of his unfortunate death, has succeeded in also bringing the angle of Marathi pride into this already complex mix of conflicting identities.

It all began when she tweeted that Mumbai seemed unsafe and had begun to appear like Pakistan-occupied Kashmir, making Shiv Sena leader Sanjay Raut asking her not to come to the city if she felt so. Accusing her of insulting Maharashtra, Shivaji Maharaj and Mumbai, he also used the expletive ‘haramkhor ladki‘ for her.

Ranaut was given Y-plus security by the Centre. The Shiv Sena-led municipal corporation issued her a notice for illegal construction at her Manikarnika Films office in Bandra, and also carried out demolition work by the time she could get a stay order from the high court.

Ranaut has used all the available Hindutva tropes to hit out at the Sena: she called her office Ram Mandir and the demolition squad ‘Babar’ and also said that she now understood what Kashmiri Pandits must have felt when they were displaced.

The irony is that the battle between the Sena and Ranaut is using roughly the same tropes: pride in the nation, pride in the city and pride in historical and mythological heroes. 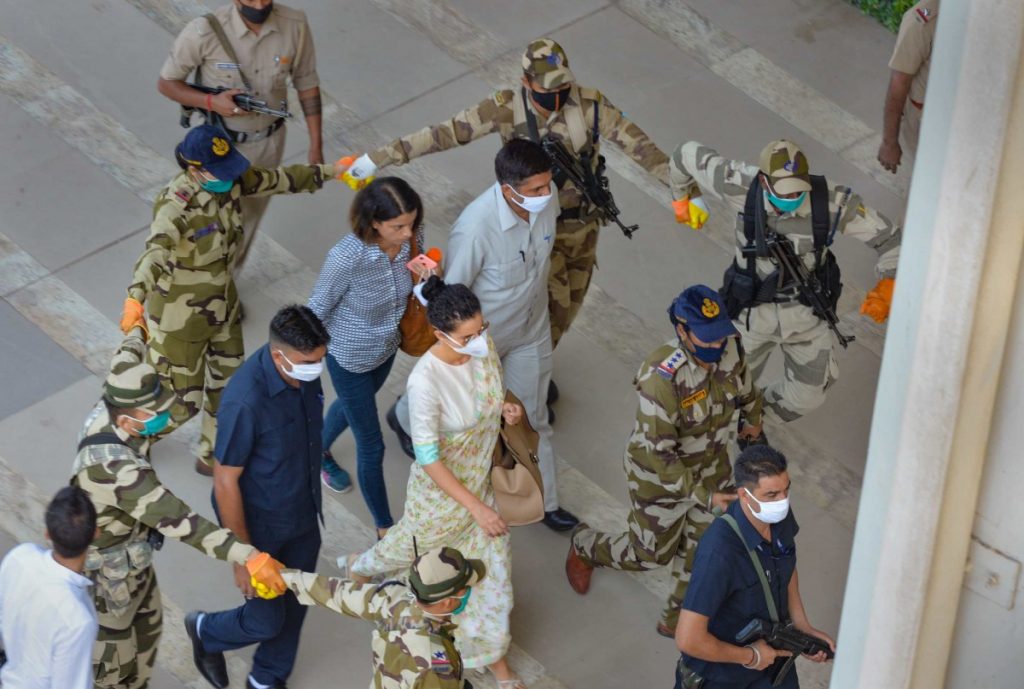 Hindutva, in other words, seems to have taken a curious turn, making one strand of itself the other of another strand and in mutual conflict.

In a hint that another intra-Hindutva fault line may not be too far away, the Karni Sena has protested against the Shiv Sena and burnt the effigy of Raut in Gorakhpur.

It also protested outside Raut’s Delhi residence and said that “Rajputs respect women” and are willing to fight for their honour. Significantly, Ranaut is herself a Rajput from Himachal Pradesh.

Seeking enemies within the nation is crucial for Hindutva’s successes at present. For, it generates constant tension and thrill that maintain the centrality of Hindutva to the public sphere and also makes supporters ask for more.

However, the latest turn has brought potential internal contradictions of Hindutva to the fore.

No Muslim, for once

For once, there is no Muslim involved here. There is Maratha pride, Bihari pride, Bengali pride and a hint of Rajput pride. How Hindutva reconciles these competing prides is to be seen.

It is important to remember that Rajasthan has had a history of Maratha incursions, which was evoked by sections of Rajputs when they had turned against Vasundhara Raje (a descendant of the Scindia Maratha dynasty) in the run-up to the last Rajasthan assembly elections in 2018.

Hindutva is the ruling ideology of India today. It has taken secularism apart, decimated the left and also triumphed over the Savarna-backward binary in much of northern India.

But the question is how long it can maintain its national coherence amid multiple, conflicting, prides of caste and regional-linguistic groups in Hindu-majority states in India.

Hindutva to be stable requires that the Muslim has a voice, for competing cultural interests among Hindus can then be asked to converge against this Muslim other.

But if an all-powerful Hindutva makes Muslims invisible and voiceless, competing sub-Hindu prides are likely to come up, which can dent the coherence of Hindutva along the axes of region, language and caste.

The media circus and political polarisation around the death of an actor is showing signs of bringing into sharp focus the issue of diversity. Diversity is not just about the existence of several religions in India.

Vikas Pathak is the author of the 2018 book Contesting Nationalisms: Hinduism, Secularism and Untouchability in Colonial Punjab, 1880-1930. He teaches at the Asian College of Journalism, Chennai.