This is the second such incident this week: seven tourists were injured when stone-pelters targeted a few tourist vehicles in south Kashmir’s Anantnag district late Monday evening. 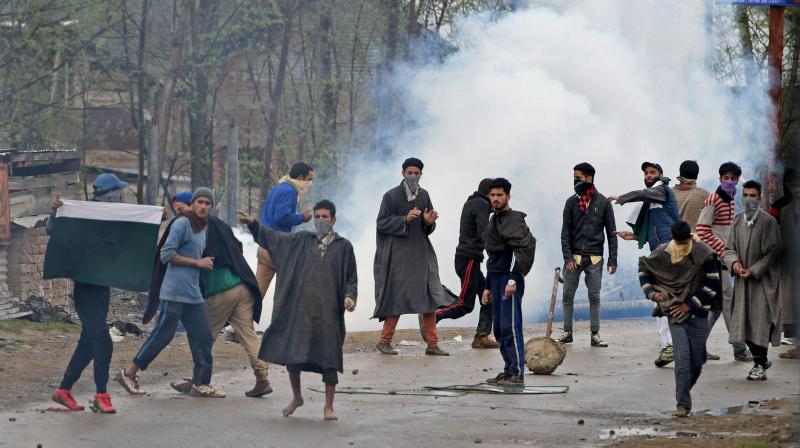 Srinagar: A class 2 student suffered a head injury when the school bus carrying him was attacked by stone pelters in militant-infested Shopian district of South Kashmir this morning, triggering angry reactions from the chief minister and political leaders.

The police said the bus of a private school, carrying close to 35 students, was attacked by stone pelters in Zavooora area, injuring Rehan Gorsai. He was referred to SMHS Hospital where doctors attending to him stated that his condition was stable.

Few miscreants gheraoed the school bus and hurled stones at it, one student injured. The area has been sanitised, search for stone pelters is underway and they will be arrested soon: Shailendra Kumar, SSP, Shopian on the incident of stones pelted at a school bus in J&K’s Kanipora pic.twitter.com/BMIQrK91eY

The father of the student who was injured told ANI that “this is against humanity”.

The incident evoked a sharp reaction from Jammu and Kashmir Chief Minister Mehbooba Mufti, who said the perpetrators behind this senseless and cowardly act would be brought to justice.

“Shocked and angered to hear of the attack on a school bus in Shopian. The perpetrators of this senseless and cowardly act will be brought to justice,” she tweeted.

The amnesty granted to stone-pelters was meant to encourage more reasonable behaviour but some of these goons are determined to use the opportunity given to them to just pelt more stones. https://t.co/8RAzFhXX3w

This is the second such incident this week: seven tourists were injured when stone-pelters targeted a few tourist vehicles in south Kashmir’s Anantnag district late Monday evening.