While TMC alleges that the schedule has been prepared to help BJP national leaders campaign in the state, the BJP blames it on political violence in West Bengal.

Kolkata: On Friday, soon after the Election Commission of India (ECI) announced the dates for assembly elections in four states and one union territory in a press conference in New Delhi, West Bengal chief minister Mamata Banerjee addressed the media in Kolkata to raise questions on the “ECI’s neutrality”.

“Bihar, with about 240 seats, had the elections conducted in three phases. Assam too will undergo polls in three phases. Tamil Nadu, which has 234 seats, will have a single-phase polling, and so is the case for Kerala, which has a CPM-led government. So, why Bengal, with 294 seats, is to have an election in eight phases? For whose advantage? Shouldn’t ECI be a little rational?” she asked.

She went on to ask whether the schedule had been prepared on the advice of Prime Minister Narendra Modi and Union home minister Amit Shah to suit their campaign schedule. 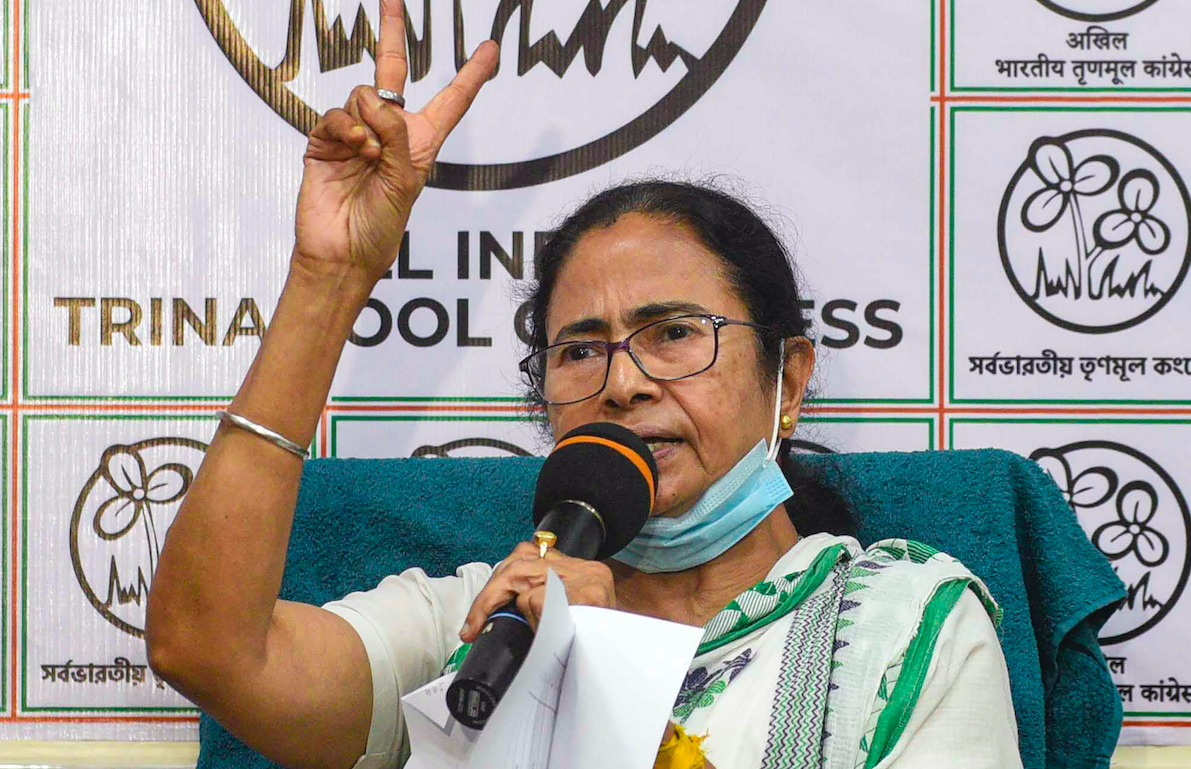 “(Is it) so that they can space out their campaign rallies? So that they can have Assam, Tamil Nadu and Kerala covered and then have 23 days for Bengal alone?” Banerjee asked.

According to a report by PTI, chief election commissioner Sunil Arora justified the eight-phase poll in Bengal by saying, “The elections to West Bengal (Assembly) in 2016 were in seven phases. The Lok Sabha was in seven phases. So, seven to eight (phases) is not such a big deal because we also have to see the movement of forces, the current charges and counter-charges (by political parties).”

Arora explained that measures are taken based on the history of the state’s electoral malpractices, which is why two special economic officers have been deputed to Tamil Nadu (to check the flow of black money) and two police observers have been sent to West Bengal (for the law and order situation).

The upcoming elections will be held in eight phases over 34 days, starting on March 27 and ending on April 29. It is nearly as long as the 2019 Lok Sabha elections held over 39 days in seven phases across India.

On Friday, Mamata Banerjee said that she was shocked to see the schedule which she had learnt from the BJP office had actually come true with the ECI announcement. Her crux of the argument was elections in all other states would conclude on April 6 after they begin on March 27, but only elections will continue in Bengal until April 29.

Five of the eight phases, accounting for 203 seats of the 294 in West Bengal assembly, will be held after April 6, for another 23 days. TMC leaders alleged that this would help the BJP mobilise its campaigners and organisers involved in Assam, Kerala and Tamil Nadu elections to campaign in West Bengal after April 6.

BJP leaders took a dig at Banerjee following her remarks, stating that her speech revealed how scared she is of getting defeated.

“Sounds like she has started accepting her defeat right at the beginning of the battle and creating excuses for her future,” said the BJP’s former national secretary Rahul Sinha.

“If the elections are being held in the maximum phases, it is because the TMC created the record of maximum political violence,” Sinha added. 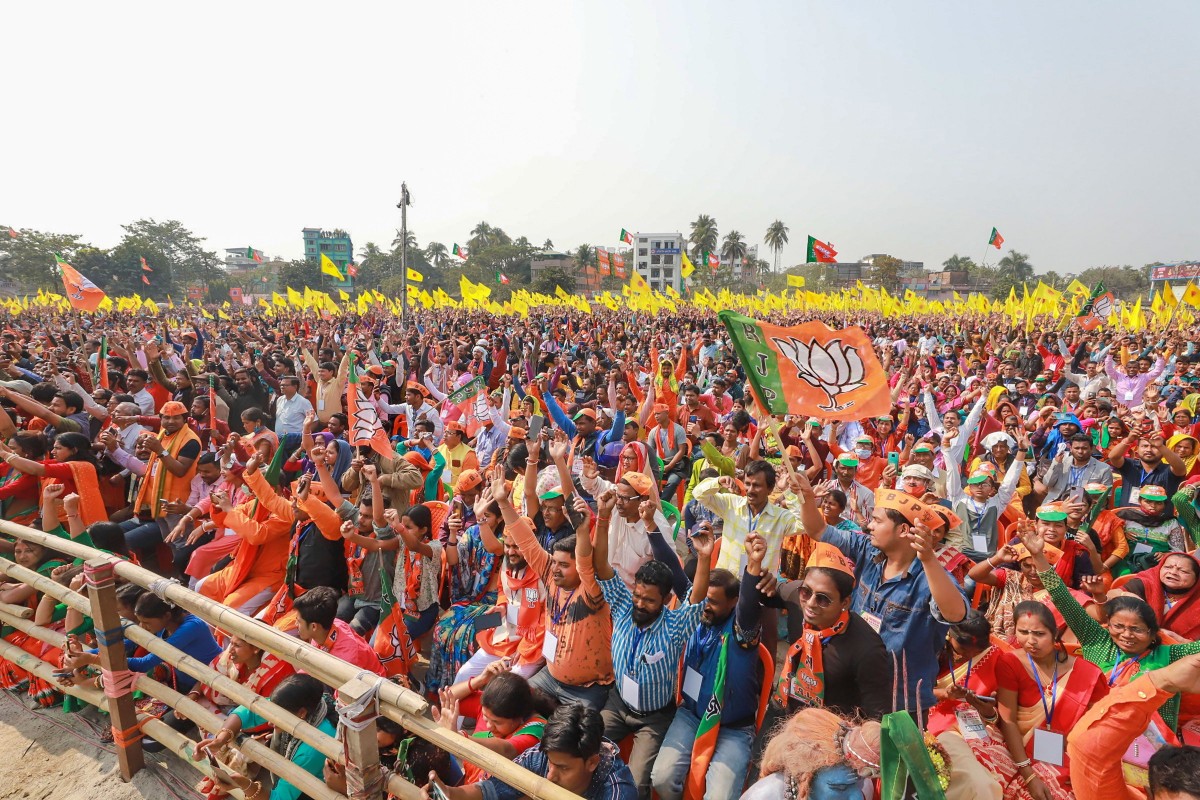 He added that the TMC should not complain because Mamata Banerjee, the TMC’s prime campaigner, too would get ample scope for touring different parts of the state.

The BJP has also gone to town stating that the ECI’s decision vindicated its allegations that law and order had deteriorated in West Bengal.

Of the third force in the elections, the Left-Congress alliance, both the CPI(M) and Congress welcomed the decision of the ECI. The CPI(M)’s politburo member Md Salim said, “We are not going to have any problem. The TMC might have some. And who is to be blamed that the elections are being held in so many phases? However, merely phasing out the elections does not ensure making it free and fair.”

According to veteran journalist Subhasis Maitra, the schedule will help the BJP more than the TMC.

“In Assembly elections, when the elections are stretched out, and if there is a national party in contention, then they would get an advantage, because they can mobilse their forces from all over the country. They can get people involved in elections who are usually occupied with other priorities. So, from the perspective of mobilising resources, it creates an advantage for the BJP,” Maitra said.

Mitra, however, said that the role of the ECI was not beyond questionable. “It is true that the Trinamool Congress-perpetrated violence has a role behind the stretching of the elections. At the same time, the present ECI, due to its role in some of the previous elections, has lost the credibility that T. N. Seshan had. The ECI has none to blame but itself that questions are being raised about its intentions,” he added.

The BJP has a relatively weaker organisational presence in Bengal, especially compared to the TMC, and the party heavily depends on support from its central unit. Even though it has grown after the party won 18 of the 42 Lok Sabha seats in 2019, the party’s central leadership is aware of the organisational deficiencies the party still struggles with. In fact, this time around the BJP has been on a full steam to poach leaders from TMC, the Left and the Congress.

The TMC hit out back at the BJP and its mobilisation of leaders from across the country as how difficult it is and humongous a task it could prove for the Saffron brigade to take on Mamata Banerjee.

The TMC is also using this occasion to highlight one of its central themes for the election: that it is a battle between the Bengali and the Bahari (outsider).

“The election schedule creates scope for massive outsider polarisation. We are sure the people of the state will give a fitting reply to this attempt to undermine Bengal by use of outside forces,” said Dilip Yadav, the TMC’s Hooghly district unit president.