The state government's directives to its employees on social media use is being viewed as an attack on freedom of speech. 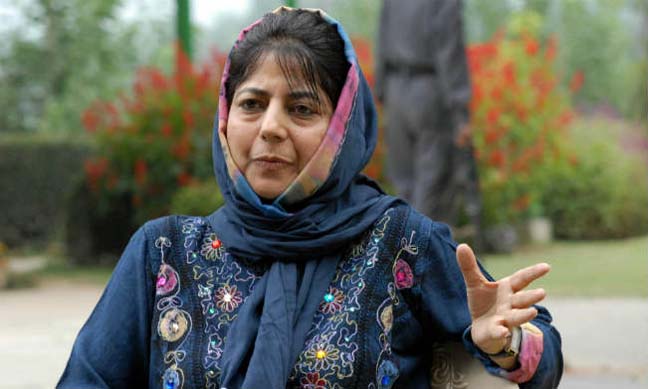 Srinagar: For Jammu and Kashmir government employees, expressing political views or criticising policies and the functioning of the government on social media platforms can now lead to dismissal from service.

This is one of several commandments issued by the ruling PDP-BJP coalition in the state to regulate the social media activities of its employees, which also gives sweeping powers to the government to penalise an employee in case even their family indulges in any “subversive activity” on the internet. There are also instructions on how to “behave and exhibit reasonable and decent behaviour” and to avoid engaging in any activity which may be “prejudicial” to the state.

The 16-page document titled ‘Social Media Usage Policy’ makes it amply clear to employees that they are not to engage in discussions by way of tweets, status updates or blog posts that are political or on “contentious issues that are violative” of applicable service conduct rules.

“Employees must not post, share or promote any status or post that may be contentious or has potential to create governance or law and order issues or are seen to propagate anything which is anti-social, anti-national or illegal,” reads the policy, adding that employees shall not use their personal social media accounts for any political activity or for endorsing posts or tweets of any political figure.

There are around five lakh employees working in different government departments in the state. For the past few years, it has been observed that several employees including senior officials have taken to social media to express their views on issues ranging from Kashmir politics and governance to human rights.

Last year, when Kashmir was in the midst of an uprising that was triggered by the killing of militant commander Burhan Wani during an encounter with security forces, the government sacked at least 60 employees who were accused by the state police of spearheading or participating in azadi protests in the Valley.

These new guidelines have been issued at a time when the coalition – having completed three years in office – is being questioned on social media about its failure to deliver on promises made in its agenda of alliance.

‘Curbs’ on expression to prevent criticism

“No government employee through any post, tweet or otherwise should discuss or criticise on social media any policy pursued or action taken by the government nor shall he in any manner participate in any such discussion or criticism that takes place on social media pages/communities or on microblogs,” reads one of the guidelines issued by state general administration department (GAD), which is headed by chief minister Mehbooba Mufti.

Arguing that any “unwanted material” posted on social media has the potential to go viral, the government said that it wants to make its employees aware of the type of content that should be avoided. The policy makes employees liable to punishment even if they use a pseudonym to engage in any activity which they would not be permitted to engage in if their identity was known.

The government has acknowledged that through the directions, it “may restrict” the speech of its employees when they are speaking on matters of public concern or when the “government’s interests in maintaining law and order outweighs its employees’ interests of freedom of speech”.

This, the policy justifies, is intended to remind them about the limitations in communication derived from their status as government employees, adding that the move is a means to provide guidance on the “correct use of social media” by government employees in conformity with applicable conduct rules and civil service rules.

The state law enforcement agencies will henceforth be monitoring social media activities of the employees and recommend action in case they find any post, share or update going against the interests of the state.

The punishment in such a situation can range from dismissal of an employee from service, premature retirement and disqualification from future services, a fine equivalent to one month’s salary of an employee, withholding of increments/promotion or even demotion to a lower position.

The government will be tracking violations of the guidelines and maintaining records of such violations to ensure disciplinary action and consequent punishment which shall depend upon the nature and severity of the violation. In addition, employees have been warned against placing “inflammatory and extraneous messages” in an online community with the intent of “provoking” readers into an emotional response or otherwise disrupting normal discussions.

There are some other dos and don’ts for the employees as well. They cannot use their accounts in a manner that could “reasonably be construed” to imply that the government endorses or sanctions their online personal activities. An employee can use her official title and department affiliation on a personal social media page for professional identification as long as she do not create an “impression” that she is communicating in an official capacity.

Sharing public information on matters related to an individual’s work or that of the department through posts or tweets has been completely banned.

Now onwards, the directions say, if a government employee receives a friend request from a stranger or a duplicate request, she should ignore it and take utmost caution while connecting with a celebrity’s account as scammers often pose as famous people. There is also a word of caution for employees about downloading apps to ensure the security of their accounts.

Justifying the issuance of the social media policy, the government has said: “There have been incidents in which the employees have vented their work stress on the social media, thereby creating unwanted issues for the administration. Such acts lead to breach of discipline contrary to what is expected of them in the course of maintaining a reasonable and decent conduct in their personal lives, thereby staying clear of any disgrace to their service(s).”

While the directions is being viewed as an “attack” on freedom of speech and a “design” to stop employees from expressing themselves on issues confronting the state, it is also being mocked by Kashmir netizens.

“This is simply curbing freedom to have an opinion and to express it. Isn’t government curtailing freedom of expression through this diktat?” an employee asked.

The commissioner/secretary GAD Khursheed Ahmad, however, defended the policy, saying an employee was entitled to express an opinion but it is subjected to service conduct rules.

His views were shared by IAS officer Shah Faisal. “But jokes apart, government employees must observe a certain code of conduct while using social media. I mean good behaviour, nothing more. I have seen some teachers hurling invective, doctors abusing with freedom, officers getting into unsavoury arguments and engineers sharing indecent content much to everyone’s embarassment. That is not acceptable. Even criticism has to be worded politely,” Faisal wrote on Facebook.

But many in Kashmir are linking the directions to the ongoing peoples’ protests and growing support for militancy. “The gag on govt employees is an acknowledgement of widespread popularity of anti-India insurgency. People on payroll of the government lose no time in expressing their genuine concerns about murder of innocent people and crushing oppression. This has unnerved the government. NIA, (Operation) All-Out, dozens of search operations have failed to instil any confidence in this government that it could trust its own employees. And look at the shamefacedness of this government which has at its helm many people who used to write in newspapers under pseudonyms while in government service,” wrote senior journalist Hilal Mir.

Similarly, lawyer Habeel Iqbal opined that the government wants employees to be like dead frogs on social media and to create a chilling effect on the freedom of speech and expression. “The words used are too vague and broad and thus this SRO must be challenged in the court of law. It is akin to the Section 66A IT Act, which was struck down by the Supreme Court of India,” Iqbal argued.

Senior journalist Naseer A. Ganai’s comment was filled with humour. “Government has been benevolent in issuing guidelines to its employees as it has not talked about whether an employee requires a permission to marry or not,” he wrote.

Some also advised employees to open anonymous accounts to counter the government. “Chill! Think of a name and log on to social media sites. A word for real user, please brace up for more charming princess accounts,” Facebook user Shabir Ahmad wrote.