The Bill was tabled by the Sikkim Democratic Front, a part of the BJP’s North East Democratic Alliance. 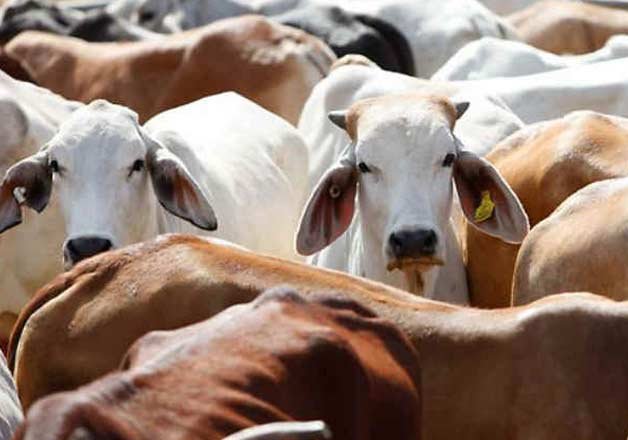 New Delhi: Sikkim has become the first northeastern state to ban cow slaughter with the ruling Sikkim Democratic Front (SDF) – a part of the BJP’s North East Democratic Alliance (NEDA) – passing a Bill in the state assembly on August 29 to prohibit the killing of cows and its female progeny across the state.

Speaking on the need for the legislation during the discussion on the Bill on August 29, chief minister Pawan Chamling said even as a law existed to that effect, the new legislation bans slaughtering of cows forever. Chamling said that protection of cow has become important considering the need of inputs for organic farming in the state.

“The government wants to invoke a humane, ethical and sustainable alternative for taking care of aged and unproductive cows in gaushalas,” he added. To begin with, the chief minister said, the state government would construct two gaushalas for the purpose.

Under the Sikkim Prevention of Cow Slaughter Bill, 2017, a cow has been defined as a milking cow, dry cow, heifer or calf and an offence under the Act will be cognisable and non-bailable. Anyone found slaughtering a cow in the state will face imprisonment for a term of not less than two years, which can even be extended to five years, along with a minimum fine of Rs 10,000. A repeat offender will face rigorous imprisonment for at least five years, which may be extended to seven years along with a fine of no less than Rs 10,000.

Till now, the northeastern states of Arunachal Pradesh, Nagaland, Tripura, Meghalaya, Mizoram, Manipur and Sikkim have not had a ban on cow slaughter. In Assam, the slaughter of cows is banned except on issuance of ‘fit for slaughter’ certificate at designated places. However, it is not a cognisable offence warranting arrest.

In Sikkim, while the native population of Bhutias and Lepchas traditionally consume beef, the majority Nepali Hindu population doesn’t.

Tabling the Bill in the House on August 28, Poudyal said, “The cow is regarded a mother for agriculture, dairy industry and the mankind, especially in India. The people of Sikkim consider the cow as sacred and have an emotional attachment to it.”

Giving more reasons for bringing in the proposed legislation, the minister added, “The dairy sector in Sikkim is the single-largest employer along with agriculture and is a major source of income for small and marginal farmers. Over 80% of the rural households own dairy animals and earn supplementary income from these activities.” According to local media reports, he told the House, “Generally, the tendency of the cow owners is to cull and sell the cows once they are old and unproductive, which is highly unethical as well as inhumane. The government of Sikkim has a strong feeling to invoke the humane, ethical and sustainable alternative of taking care of aged and unproductive cows in gaushalas.”

“Therefore,” he added, “the government has deemed it necessary to frame a legislation to prohibit and prevent the slaughter of cows and its female progeny in the state of Sikkim.”

The new legislation, however, provides an exception for cows suffering from infectious or contagious diseases. To slaughter an infected cow, a certificate from the competent authority is required. Such a cow will have to be slaughtered at a designated place as per the rules prescribed in the Act. The carcass shall be buried or disposed of also as per the rules set in the new Act.