Since 2014, the BJP has attempted to sideline the SAD from the larger scheme of politics and has snubbed its efforts to emerge as a party in its own right. 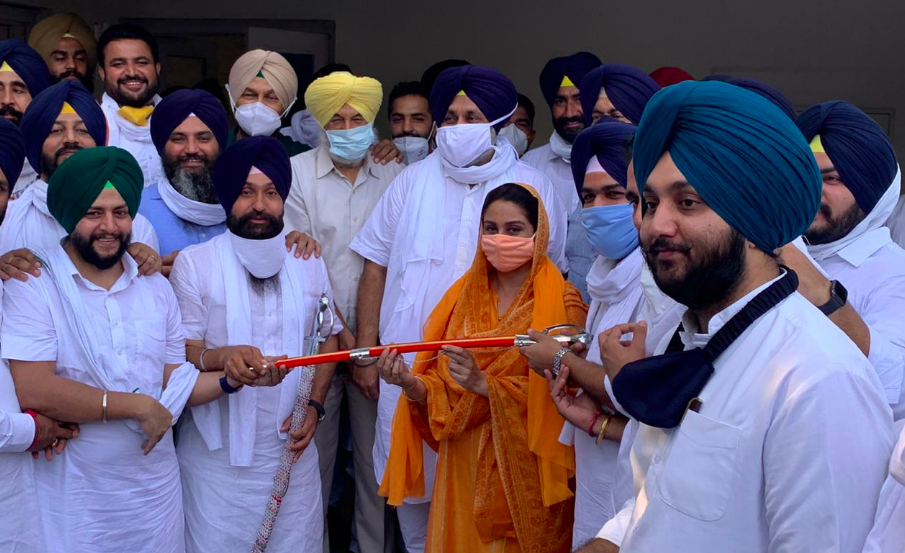 New Delhi: With Harsimrat Kaur Badal, the lone Shiromani Akali Dal (Badal) minister, resigning from Prime Minister Narendra Modi’s cabinet, the Bharatiya Janata Party is on a sticky wicket. The SAD, now threatening to walk out of the National Democratic Alliance over the contentious farm bills, is its oldest and most consistent ally in the National Democratic Alliance.

Last year, the saffron party had to part ways with one of its strongest allies, Shiv Sena, with whom its relationship has only gotten bitter since. However, unlike Maharashtra, where BJP has been able to build its own standing, its position in Punjab is different.

For long, the SAD-BJP alliance, despite multiple internal rumblings between the two parties, stood strong. Both parties depended on each other to form a winning combination. While the BJP could pool in support from Hindu voters, especially the trading community in urban areas, the SAD as the vanguard of Sikh panthic politics has dominated the rural, agriculturally-rich regions of Punjab. With its strong support in rural Punjab, the SAD from time to time took up all important farmers’ issues not merely as a matter of politics but also of faith. The BJP-SAD combination, together, was a formidable one.

Although the Congress has always had statewide presence in Punjab, for it to come to power, the party either needed a perceptible anti-incumbency stir against the SAD – and a strong sense of fatigue against the regime of the Badals – or an aggressive push from a Jat Sikh leader like Captain Amarinder Singh.

However, political equations have substantially changed since 2014 in the state, much of which has landed an electoral advantage to the Congress.

Punjab is the only state which in two successive parliamentary elections beat the so-called “Modi wave”. Although much of the northern parts of India was swept by BJP, the NDA performed rather poorly in Punjab. While most political observers credited the BJP’s success to the leadership of Narendra Modi-Amit Shah, the duo’s Hindutva push has had an opposite effect in the Sikh-majority state.

Since 2014, the BJP has attempted to sideline the SAD from the larger scheme of politics and has snubbed its efforts to emerge as a party in its own right.

While doing so, it gave renewed push to the Rashtriya Swayamsevak Sangh’s belief that Sikhism is but a sect of Hinduism. This has made Sikhs extremely wary.

The Punjab BJP, until 2014, could hardly be classified as a Hindutva party, although much of its support came from the Hindus. However, Modi-Shah’s pushback against minorities across India also alerted Sikhs against BJP, which reduced SAD – considered to be the heftier party in the state alliance – as a minor player in national politics. This marked a paradigmatic shift in the manner in which the SAD-BJP alliance was perceived in Punjab. With much of its political weight lost to the BJP, SAD has been fighting a crisis over its very existence since 2014. In such circumstances, Congress, under the leadership of chief minister Captain Amarinder Singh, has emerged as the torchbearer of Sikh panthic politics, which had formerly been a domain exclusive to SAD.

In the 2019 elections, the grand old party fought on 3Gs – the Guru Granth Sahib, golak, and gurudwaras. It raked up issues of the desecration of the Guru Granth Sahib at various places, alleged misappropriation of religious offerings to gurudwaras (golak), and the mismanagement of the Shiromani Gurudwara Prabandhak Committee (SGPC), the custodian of gurudwaras.

Singh directly blamed the Badals and their party SAD, perceived as the political custodian of gurudwara management, for “demeaning” Sikhism. The Congress, as a result, reaped substantial gains in the last two general elections, as well as the assembly polls.

Traditional voting patterns were dismantled significantly, with Congress performing extremely well even in seats like Khadoor Sahib, Faridkot and Amritsar, which are considered the seats of Sikh panthic politics.

With the BJP barely making any gains because of its Hindutva push, the political roles of the two major parties – SAD and Congress – were reversed. Congress is now being seen as the custodian of Sikhism, while SAD has not only lost that status but has also been struggling to retain its farmers’ base, with its ally BJP aggressively pushing market-driven reforms in the agricultural sector.

By walking out of Modi’s cabinet, SAD has made a last-ditch effort to reclaim its position as a party of farmers. Speaking to The Wire, Pramod Kumar, director of the Chandigarh-based Institute for Development and Communication, said, “The move pushes SAD back into public reckoning as a party with a development agenda. While Congress seems to be focusing on panthic politics, SAD may fill a political vacuum by taking up farmers’ issues.”

Quite evidently, Sukhbir Singh Badal, the president of SAD, made it a point in the Lok Sabha that he belongs to the “kisanon ki party” – a party of farmers – while opposing the farm bills. At the same time, Harsimrat Badal, while resigning, categorically said that neither she nor her party were taken into confidence while passing the ordinances passed by the Modi government in June, 2020 to deregulate the agriculture sector.

I have resigned from Union Cabinet in protest against anti-farmer ordinances and legislation. Proud to stand with farmers as their daughter & sister.

“Harsimrat Badal’s contention is crucial. Punjab has always been at the forefront of bringing up the federal question in Indian democratic set-up. It has fought battles for securing its rights. By indicating that she was not consulted on the farm bills, the SAD, as a regional party, has again emphasised the significance of federalism, and Punjab’s consistent advocacy of it, in Indian polity,” said Kumar.

A large section of political observers view SAD’s last-minute walkout as “too little, too late”, especially when farmers in Punjab and Haryana have been protesting against the bills for over two months, but no one would deny that SAD has made itself a talking point again in Punjab.

As Modi on Friday hardened his stance in favour of the farm bills, urging farmers not to get “misled” by the “misinformation” around the farm bills, the relationship between the BJP and its oldest allies may take a further beating. It has become quite obvious that the saffron party may not surrender to SAD’s pressure at the moment, which only solidifies the perception that BJP, as a smaller ally to SAD, has nothing much to lose in Punjab.

On the other hand, the SAD is fighting one of the biggest battles to restore its prestige.

The formal parting of ways between the BJP and SAD may not have happened yet, perhaps because of the way both the parties depend on each other electorally, but the manner in which both the parties have openly rebelled against each other will leave a permanent scar in their partnership, the reflection of which will be seen in Punjab sooner than later.