Pawar also told reporters that he was not keen on becoming chief minister again. 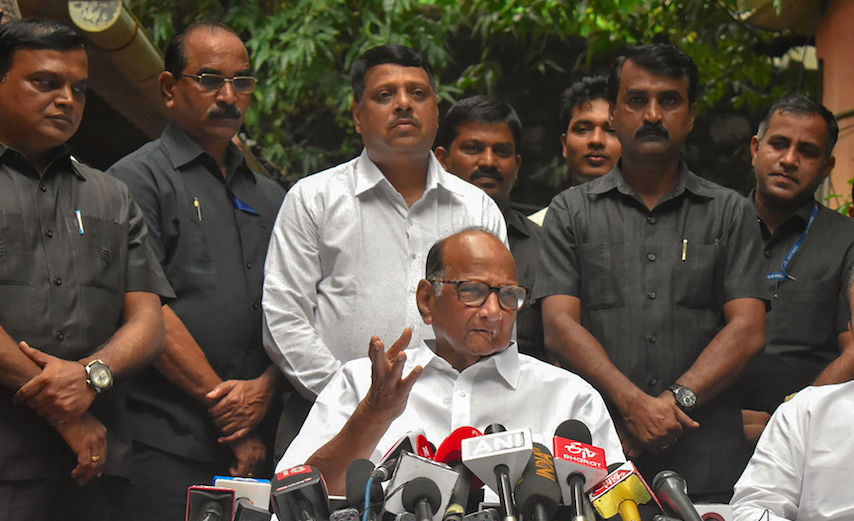 Mumbai: NCP chief Sharad Pawar on Wednesday asked the BJP and Shiv Sena to form the government in Maharashtra soon, and said his party will work as a responsible opposition.

After his meeting here in the morning with senior Shiv Sena leader Sanjay Raut, Pawar told reporters that he was not keen on being the chief minister of the state again.

“The BJP and Sena should form the government soon. We will work as a responsible opposition,” he said.

He reiterated this his party and the Congress have got the mandate to be a “responsible opposition”.

“I have been the chief minister four times and I am not keen on that post again,” Pawar said.

To a query, the Maratha strongman said he had no idea about the decision taken by the Congress on the political situation in Maharashtra.

Asked about the meeting of senior Congress leader Ahmed Patel and Union Transport Minister Nitin Gadkari in Delhi on Wednesday, Pawar said, “It must be about some road work”.

There has been no headway in government formation after results of the state polls were declared on October 24.

The BJP, which won 105 seats, and the Shiv Sena, which bagged 56 seats, are locked in a bitter tussle over sharing of the chief minister’s post and ministerial portfolios in new government, even 13 days after the Assembly poll verdict handed them enough seats to cobble up a coalition government.

Besides, the opposition NCP won 54 seats while the Congress got 44 seats.