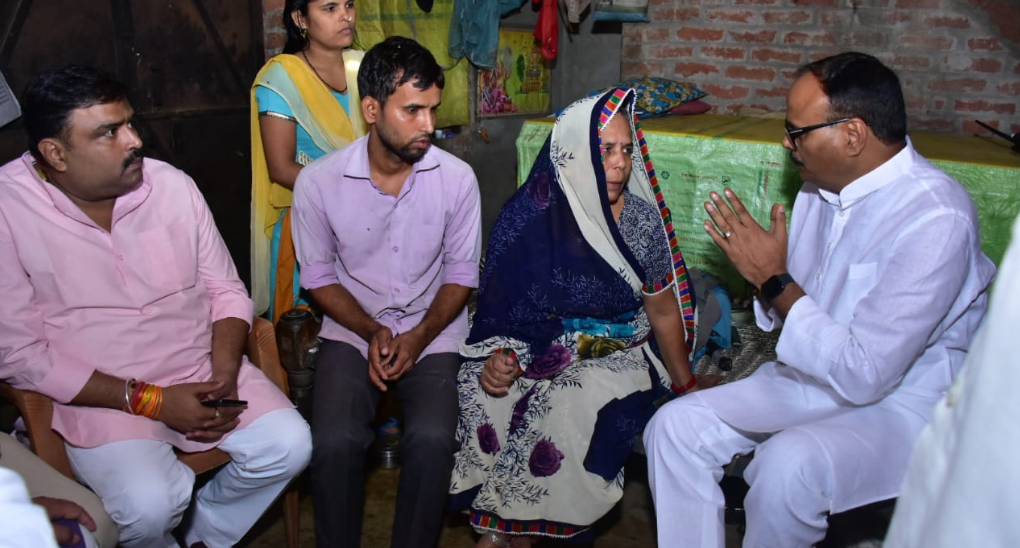 New Delhi: Ten days after the October 3 Lakhimpur Kheri incident, a senior Bharatiya Janata Party (BJP) leader on Wednesday met the families of a party worker and the driver of Union minister Ajay Mishra who were among those killed in the violence.

The law minister avoided interaction with the press during his visit in Lakhimpur Kheri. But when contacted later, he told PTI over the phone that he had gone to extend condolences and pay his tributes.

“We are with the families of all the deceased. It is a very unfortunate incident and the guilty will be punished after an impartial inquiry,” he said.

According to the PTI report, he assured medical help and treatment to the parents of one of them who are not well.

“The families have not made any demands but we are with the families of all the victims. We also assured them of impartial action in the matter,” he said, adding that he will visit the third victim soon.

Eight people, including four farmers, two BJP workers, a Union minister’s driver and a journalist, were killed and 12-15 people were severely injured in the violence that had erupted in Tikonia village in Lakhimpur Kheri district on October 3. The farmers were allegedly knocked down by a car carrying BJP workers travelling to welcome UP deputy chief minister Keshav Prasad Maurya to an event in the area.

Shubham Mishra, another BJP worker Shyam Sundar, and the Union minister’s driver Hariom Mishra were allegedly lynched by the farmers.

Shubham Mishra’s family has alleged that he was made a “sacrificial goat” in the incident, and demand “martyr status” from the saffron party, The Wire reported.

The Wire visited Hariom Mishra’s family, which lives in a village named Parsehra Bujurg in Lakhimpur Kheri’s Fardhan, roughly 100 km from the spot of the violence. He was the sole breadwinner in his family. His father has been sick for the past decade, and his medicine costs sometimes amount to as much as Rs 10,000 per month. Mishra’s third sister is yet to be married.

Although Hariom’s boss, minister of state for home affairs Ajay Mishra, promised to visit the family the next day, he never showed up. However, the family said that he has assured them of taking care of his sister’s marriage by providing them with Rs 1 lakh, when required. Local BJP MLA Yogesh Verma had come to meet the family earlier.

According to the Indian Express, state law minister Pathak has promised to fulfil their demands, including the issuance of “arms licence, status of BJP martyr and a fair investigation in their killings”. 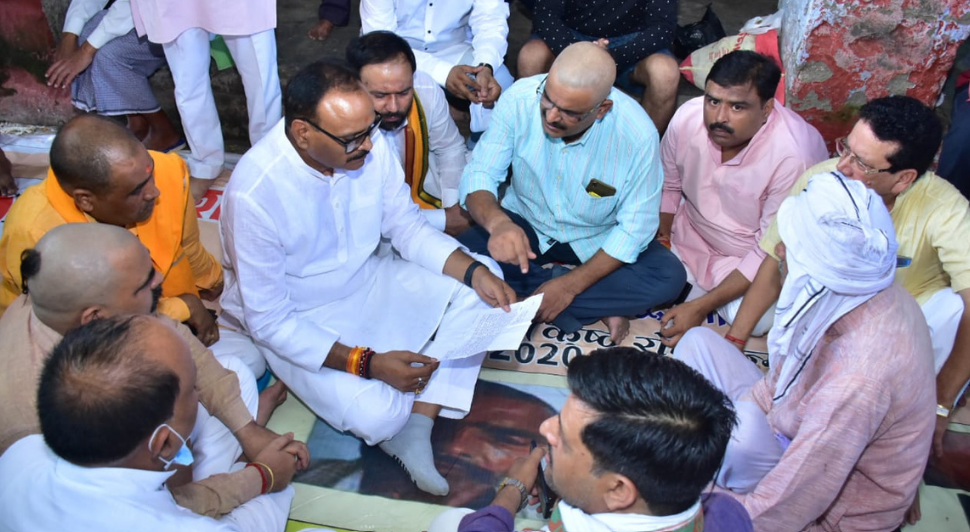 UP law minister Brajesh Pathak (in glasses, white) with kin of a BJP worker killed in the Lakhimpur Kheri incident. Photo: Twitter@brajeshpathakup

However, the family of Shyam Sunder Nishad, who was the BJP ‘mandal mantri’ for the Singahi area in Lakhimpur Kheri, told the daily no one contacted them regarding Pathak’s visit to the area. Journalist Raman Kashyap’s family also told the newspaper that no one had contacted them about the senior BJP leader’s visit.

Pathak told the Indian Express that he will visit the families of Nishad and Kashyap, and the farmers, as soon as the situation normalises in that region.

Pathak’s visit coincides with a delegation of Congress leaders, including Rahul Gandhi, meeting President Ram Nath Kovind in the national capital and demanding immediate dismissal of Ajay Mishra over the Lakhimpur Kheri violence.

While some district-level BJP leaders have visited the homes of the two party workers and the Union minister’s driver, Pathak is the first notable personality to do so.

A sum of Rs 45 lakh each was also given to the families of the two BJP workers and the minister’s driver as compensation, an amount equal to that provided to the kin of the four farmers and the journalist.

A week after the incident, the UP Police on October 10 arrested Union minister Ajay Kumar Mishra’s son Ashish Mishra in connection with the incident. He was named in a first information report following allegations that he was in one of the vehicles that mowed down the farmers protesting over UP deputy chief minister Maurya’s visit.

The Opposition has criticised the ruling party for the delay in arresting the Union minister’s son, and called the state law minister’s visit as “just a formality” after so much pressure has been built by the Opposition leaders.