Sanskrit and Indian Heritage: Whose Language is it Anyway?

The central government's attempt at Sanskritisation tries to subjugate non-Hindi speakers and take the country back to pre-modern days. 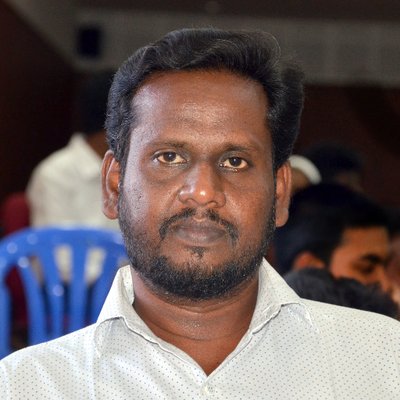 In the Valmiki Ramayana, when Hanuman meets Sita in Lanka, he is confused about which language he should speak to her in. First he thinks of talking in Sanskrit, later he decides otherwise and opts to talk in the language of the people. This is how his thought process was expressed:

“If I use [the] Sanskrit language like a Brahmin, Seetha will get frightened, thinking [of] me as Ravana. Especially [because], how can a monkey speak it?

Certainly, meaningful words of a human being are to be spoken by me. Otherwise, the virtuous Seetha cannot be consoled.”

Sanskrit, it is said, is the language of Gods. It was used by scholars in the days when scholarship was reserved for those born into certain castes. Such lofty Sanskrit, which remained within the confines of the varna code, is now propagated by the present government using more and more funding.

Since the present BJP government came to power, the language politics of Sanskrit and Hindi has been in the news continuously. Of the many non-issues spurred by the right-wing BJP, the politics of putting forth Sanskrit or Hindi in one way or another seems to be one of the top agendas of the government, which is actively engaged in the promotion of Vedic Sanskrit through its varied institutions.

Hindi is spoken mainly in the Gangetic belt in the north of India. Sanskrit, last spoken ages ago, is not intelligible to even Hindi speakers (although Hindi derives much from Sanskrit), leave alone those who speak other Indian languages. India has developed highly sophisticated languages besides Sanskrit. Standing as a unique sub-continent with diverse geographies, India has fostered multiple lifestyles, leading to the rise of multiple cultures. As a multilingual society, the country is a prime example of forging unity amongst diverse lifestyles and languages. But this uniqueness, often celebrated as the very idea of India, is indigestible by those who equate India to the Gangetic plains and who see the other parts of the country as peripheral adjuncts to the Hindi-speaking belt.

A language of the classes

Sanskrit, which its proponents argue is the cultural marker of India, was never spoken all over the country and was never even the language of the masses in a particular region. Its importance was in the so-called “highly cultured” aspects – as the language of rituals and literature, to be relished by the crème de la crème of the erstwhile hierarchal varna society. The uses of Sanskrit, like the study of the Vedas, was restricted to the upper castes and banned to the working classes. To speak Sanskrit, a Shudra had no choice but hope to be lucky enough to be reborn into another varna.

Sanskrit was used as a tool to demarcate people, rather than simply as a language – Sanskrit denoted the caste of its speaker. The language, then, can best be remembered as a marker of the caste system rather than the glory of India. Previously wielded by high society as an exclusive asset, the government is now promoting it as a pan-Indian motif. Such treatment of Sanskrit is not only deceptive and superfluous, but also done at the cost of neglecting other Indian classical languages, like Tamil for instance, which are highly secular in their literature and widely spoken by the masses till date.

Though the imposition of Hindi on non-Hindi speaking Indians has been happening since independence, the current government has taken on the effort with a new energy, so much so that even government schemes are named in Hindi – Pradhan Mantri Jan Dhan Yojana, Swachh Bharat, Saansad Adarsh Gram Yojana, Atal Pension Yojana and so on. More irksome is that the acronyms of those schemes named in English form Hindi words – for instance, Micro Units Development and Refinance Agency, known as MUDRA. The government seems to prefer naming its schemes in this senseless manner as if they are meant only for Hindi-speaking Indians. The non-Hindi speaking Indian, alienated by these names, is compelled to pronounce these Hindi words without knowing their meanings or implications.

One may wonder about the government’s obsessive Sanskrit and Hindi fervour. Sanskrit evokes past glories and dominance for those who still hold the varnashram days as an ideal. The revival of Sanskrit and Hindi by a right-wing government is nothing but an attempt to evoke this past glory, when Sanskrit was an easy way to subjugate non-Hindi-speaking Indians as second class citizens. Sanskritisation leads to nothing but saffronisation, which in turn tries take the country back to pre-modern days.

The promotion of Sanskrit and Hindi, a close affiliate language, as indicators of India’s past glory and present unity is erroneous both historically and politically. India is a land of multitude, not only in its population numbers but also in terms of the lifestyle practices of its population. It is time those in authority spend their energies towards renewing agriculture and the economy of the nation rather than in indulging in such politics of linguistic hegemony.