From accusations of involvement in the Moin Qureshi money laundering case to allegedly snooping on a CBI official, Goel is the first head of India's external intelligence agency to come to office mired in controversy. 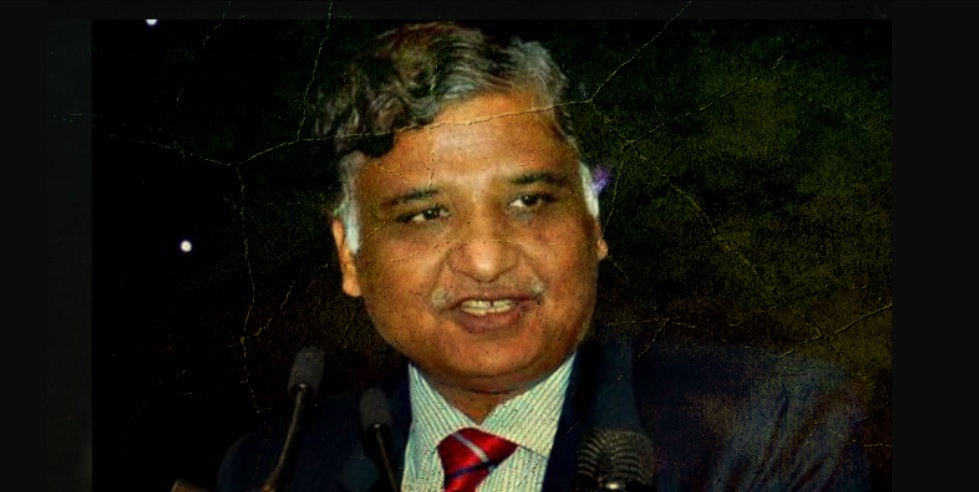 New Delhi: Samant Goel, promoted on Wednesday as chief of India’s primary external intelligence agency, is the first head of the Research and Analysis Wing (RAW) to carry the taint of being associated with individuals who were the subject of an anti-corruption investigation by the Central Bureau of Investigation.

Goel’s name surfaced last year during the turf war between the then CBI chief Alok Verma and his deputy Rakesh Asthana.

The CBI had filed an FIR against Asthana for receiving bribes from one Satish Sana, a co-accused in the meat exporter Moin Qureshi money-laundering case. The Hyderabad-based Sana had alleged that Asthana, who was a special director in the CBI at the time, had undertaken to give him of a clean chit in return for a bribe of around Rs 5 crore. Sana named a Dubai-based middleman Manoj Prasad, who is under arrest, and his brother Somesh Prasad, as those who had facilitated Asthana’s deal with him.

It was during their investigation of the case that the CBI found telephone intercepts and WhatsApp messages suggesting a link between Goel and the Prasad brothers. Some CBI officials had then alleged that although Goel was not named as an accused in the bribery case against Asthana, he too tried to dilute the Moin Qureshi case with the help of Manoj Prasad.

A CBI officer at the time also accused Goel of aiding the bribery deal between Asthana – his batchmate in the IPS academy – and Sana. 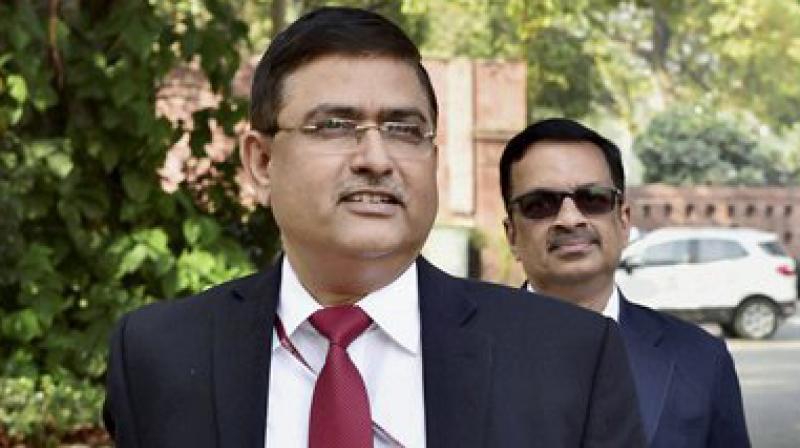 Last November, The Wire had reported that a senior CBI official, Manish Kumar Sinha, who was shunted out during the CBI tussle, had filed an explosive petition before the Supreme Court. The petition sadi he was informed in October 2018 by the head of the CBI’s phone surveillance division that a person had spoken to Goel “and asked to help him”, to which Samant Goel replied that “things have been managed with PMO and everything is fine”.

Sinha’s petition alleged that national security advisor Ajit Doval too had close ties with the Prasad brothers. He alleged that Doval intervened in the case to ensure that the mobile phones of Asthana and one DSP Devender Kumar – which contained WhatsApp conversations between Goel and the Prasad brothers – were not seized as evidence in the money-laundering case.

This is what Sinha wrote in his petition:

“When the IO/Shri AK Bassi came to know that Shri Samant Goel / Shri Somesh had stopped talking and were exchanging Whatsapp Messages, he insisted that we need the cell phone sets of the public servants as the evidence is likely to be stored on the device and that a search be conducted. The Director CBI (Asthana) did not give immediate permission and reverted that the NSA (Doval) has not permitted the same.

“This oral request continued for 2/3 days. Ultimately, the proposal seeking permission to search was put on record by the IO on 22.10.2018. However, the same was not allowed and a query was raised by the Director as to why the searches are to be done.

“Upon being queried, the Director/Petitoner herein replied that he was not getting clearance from the NSA/Shri Doval.”

The CBI officer had also said that Manoj Prasad, during questioning, claimed his brother Somesh had a close association with an officer in Dubai and with Goel. He supposedly boasted of having enough clout in the government to get the CBI officers “kicked out” and “finished off”.

Manoj Prasad claimed that Somesh and Goel had helped the NSA on an “important personal matter”.

The telephone intercepts, call records, and mobile tower locations collected during the CBI probe in the case also revealed that Somesh Prasad was present at the CGO complex, the location of Goel’s office, and may have met him. The intercepts allegedly disclosed that Goel may have warned Somesh Prasad, a suspect in the Moin Qureshi case, against appearing before the CBI – which if found true, suggests collusion in the  destruction of evidence. 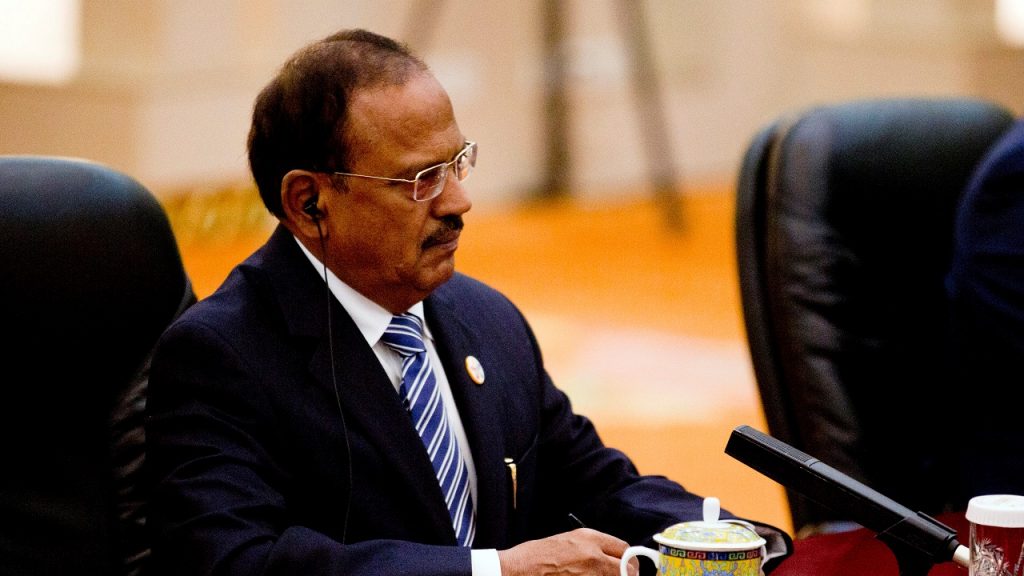 A CBI official had told The Wire then that the RAW charter forbids it from interfering in domestic matters, and that Goel’s intervention in the CBI case was itself highly improper, if not illegal. The official had also alleged Goel “misused” the RAW to snoop on the phone of the CBI’s number 3 official at the time, A.K. Sharma.

He said that Goel was perhaps acting at the behest of Asthana – the prime accused in the bribery case – who had apparently assured Goel of getting him appointed as the RAW chief through a top PMO official, Bhaskar Khulbe.

Interestingly, Asthana was allegedly using his power to extract favours from Khulbe. At the time, Asthana was probing Khulbe for his alleged involvement in the coal scam. The Wire had earlier reported how the CBI had recommended that Khulbe be made an accused in the coal scam, but Asthana had pushed for him to be made a witness instead.

With such an alleged murky past, the Union government’s decision to appoint Goel as the next chief of R&AW will definitely raise many eyebrows. The details of the CBI probe in the bribery case against Asthana shows that Goel, like his batchmate, has close connections with the top echelons of the government, including the NSA himself.

And probably that may have worked in Goel’s favour.

A.K. Sharma, whose phone Goel has been accused of illegally intercepting, was believed to be close to another senior RAW official, K. Illango. Both Illango and Goel were considered contenders to succeed Dhasmana as RAW chief. But Illango, by virtue of seniority, was believed to have a greater chance in December last year.

However, the Union government extended Dhasmana’s tenure – whiuch ordinarily would have ended on December 29, 2018 – by six months. The word put out at the time was that with the country going into election mode, it did not want to fill key posts at the time.

What Dhasmana’s extension meant, however, was that Illango got knocked out of the race. His retirement came up during the chief’s extended tenure, thereby clearing the way for Goel’s appointment as the RAW chief.

The CBI official who spoke to The Wire also said that Goel, apart from allegedly tapping A.K. Sharma’s phone,  also “planted stories” in the media tainting Illango. The stories implied that the Illango may not be the best fit for the position of RAW chief as he was accused of helping Sri Lankan opposition leaders against the then president of the island nation, Mahinda Rajapakse.

Apart from the shadow cast by the murky backstory involving Asthana, Goel’s appointment has now touched a raw nerve in the intelligence community because the government also overlooked R. Kumar, the other contender for the top RAW job who was from the Research and Analysis Service (rather than the IPS).

Soon after Goel’s appointment, his controversial stint in the Punjab police has also come to light. He has been accused of the illegal abduction of at least three men – Gurdev Singh, Sukhdev Singh and Manjit Singh – in separate cases in Gurdaspur district between 1989-1991. He was one of the key officers in-charge of controlling violence during the Punjab militancy.

A large section of the media has portrayed Goel as having played a key role in the Balakot airstrikes, but skimmed over the allegations of misconduct that Goel is facing.

Since the NDA came to power in 2014, many top appointments have been mired in controversy. First, the tenure of NIA chief Sharad Kumar, who was accused of diluting the Malegaon blasts case against Hindutva extremists, was extended in 2016.

Then, in 2017, K.V. Chowdary, against whom serious allegations of burying evidence in the Sahara-Birla diaries were made, was appointed as the chief vigilance commissioner. Again, in 2017, Y.C. Modi, whom the Gujarat high court pulled up for “ineptitude” in the former state home minister Haren Pandya assassination case, resulting in multiple acquittals, was made the National Investigation Agency chief.

Also Read: The ‘Botched and Blinkered’ Past of the NIA’s Next Chief

M. Nageswara Rao, who faced corruption allegations and was alleged to have made communal speeches, was appointed as the CBI’s interim chief in 2018. Rao also holds the distinction for being the first IG level officer to become the CBI chief. He was also found in contempt of court for defying the Supreme Court’s orders.

Goel’s is only the latest in the series of Union government’s controversial top appointments.