If Congress Fights All 80 Seats, Can the SP-BSP Alliance Take on Modi in UP?

Even though the Congress was not taken on board, the door has been kept open by both alliance partners for a post-election handshake.

Lucknow: January 12 may well go down in India’s political history as an important marker. Precisely 25 years after they had joined hands for the first time, the Samajwadi Party (SP) and Bahujan Samaj Party (BSP) chose to come under a common umbrella once again. And just as in 1993, this time too their goal is to take on the might of the Bharatiya Janata Party (BJP) at the next general elections, barely 100 days away.

Even before the alliance was cemented by SP chief Akhilesh Yadav and BSP supremo Mayawati, the BJP began to get sleepless nights. However, what remains a million dollar question is whether the alliance is strong enough to stall the Narendra Modi juggernaut that propelled the BJP to power in 2014.

Congress not taken on board

Many analysts believe that inclusion of the Congress could have given the alliance the much-desired shot in the arm to take on the might of the one-man army called Modi. Thus it is mind-boggling for them why Mayawati not only kept the Congress systematically out of the alliance but also went to the extent of blasting the party left, right and centre at the specially convened joint press conference of the two leaders in Lucknow on Saturday.

Quite strategically, however, Akhilesh maintained silence and consciously refrained from making any comment on the Congress.

The grand old party, on its part, announced on Sunday that it intends to contest all 80 seats in the state.

That the statements of both leaders were not spontaneous but well thought-out became visible from the fact that Akhilesh brought along a written text from which he read out his views on the alliance.

While it was unusual on the part of the SP president to be carrying a written speech, it was quite in line with her habit that Mayawati read out every word from her written text. And that has kept many wondering if it was some kind of strategy that while one alliance partner was busy running down the Congress, the other stood mum.

Also read: Opposition Coming Together in UP Could Be the Game Changer in 2019

After all, while announcing a 38-38 share out of the 80 Lok Sabha seats in UP, Mayawati did make it a point to leave two Lok Sabha constituencies for the Congress – the Gandhi family bailiwicks of Amethi and Rae Bareli. This gesture also made it amply evident that even though the Congress had not been taken on board, the door was being kept open by both alliance partners perhaps for a post-election handshake. 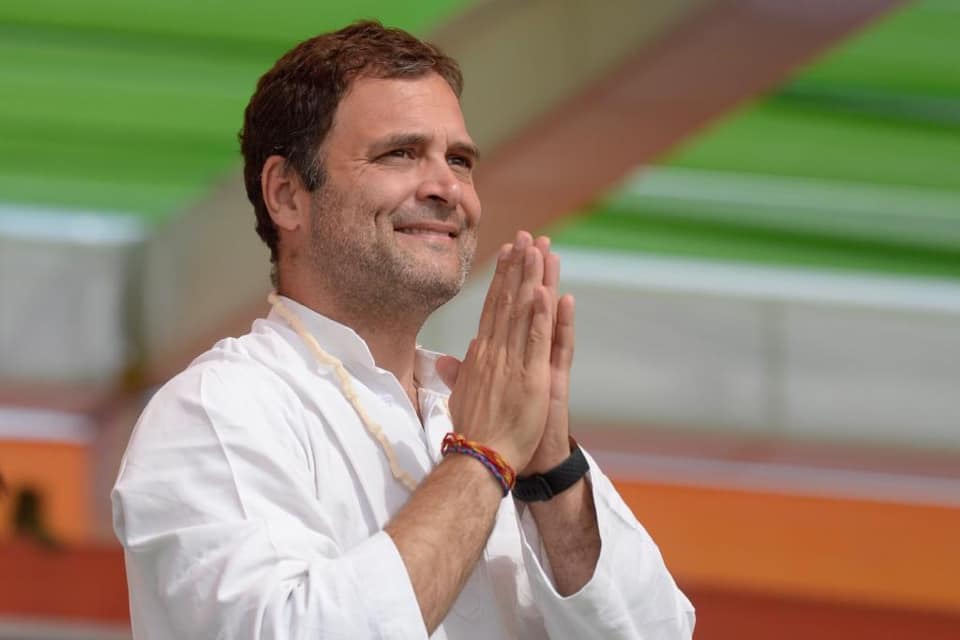 What could also not be ruled out is a tacit understanding with the Congress on select seats, particularly where both the SP and BSP know they are on a weak footing.

More than that, the strength of the alliance also lies in the enormity of the Muslim vote. Muslims in UP are the most potent of all anti-BJP voters. Sure enough, any division in their votes would prove beneficial to the BJP. A well thought-out, unwritten understanding between the alliance partners and the Congress may prevent any meaningful division of the minority vote.

The fact remains that as it stands today, the Congress cannot be wished away by the alliance, even though the party was not seen among the key contenders in recent contests. What cannot be ignored is that today the Congress is not as down in the dumps as it was in 2014. The party’s recent victory in the Hindi heartland of Rajasthan, Madhya Pradesh and Chhattisgarh has not only put the Congress on a revival path but has also established Rahul Gandhi as a leader.

Ironically, it was also the four-year-long BJP orchestrated ridicule of Rahul Gandhi as “Pappu” that has helped the 48-year-old Congress president eventually arrive as a seasoned and matured politician.

Yet, he still has to work hard on the real task of making the Congress a serious player in UP. Of course, once that is done, a good section of the minority vote is likely to drift to the party. A large section of the state’s Muslims may not be as comfortable with the BSP as they would be with the Congress. There is no doubt about Muslim support for the SP – “Maulana” Mulayam still exercises an emotional pull on the community – but having seen Mayawati aligning with the BJP on three successive occasions in the past, it may not be that easy for the BSP to enlist Muslim support.

It is in such pockets that the Congress could get an upper hand over BSP’s nominees. But of course, the Congress will have to be very choosy and tactical about its candidates in all such places.

That the BJP has already got jitters became visible when on the very first day of the party’s national executive at the Ramlila Maidan in New Delhi on January 11, party president Amit Shah devoted a good 15 minutes talking about the SP-BSP alliance. He may have finally “dismissed” the alliance as a “dhakosla” (farce) but that begged the counter question, “What’s the big deal then?”

Even Prime Minister Narendra Modi was busy running down the alliance as an attempt towards forming a “majboor” (i.e. weak and compromised) government. Other BJP leaders, including chief minister Yogi Adityanath sought to term the alliance “unholy, casteist and corrupt,” and the product of the SP and BSP’s “fear of Modi”. 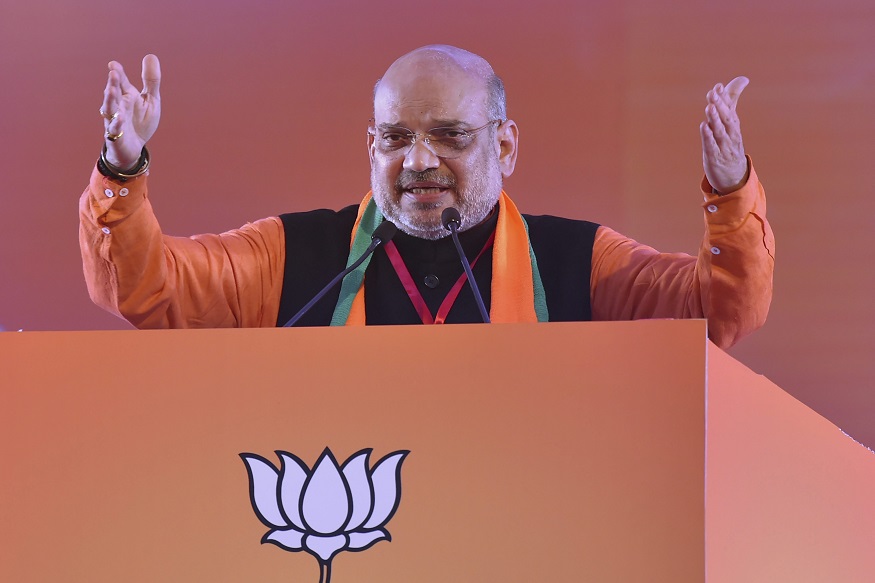 That there were worries in the BJP camp over the alliance became visible when the CBI carried out a sudden raid on both SP and BSP leaders for their alleged role in an old illegal mining racket, no sooner than Akhilesh and Mayawati met for the first time in Delhi. The ruling dispensation sought to justify the raids by claiming that the CBI had acted in pursuance of an order of the Allahabad high court.

What they carefully concealed was the fact that the court order had some two years back. Well, the families of Akhilesh and Mayawati have been under the CBI scanner for years, largely on account of their alleged disproportionate assets. But when Mayawati’s brother Anand Kumar is summoned by CBI for questioning in one of the cases at a time when the alliance is building up, it clearly reflects the intent of the powers that be.

That most political alliances are opportunistic is a crude reality and that should not exclude Narendra Modi’s own 35-party NDA or its earlier avatar under Atal Bihari Vajpayee. Of course, the BJP has lost some 16 allies in the last four years and eight months. That must make them more jittery than ever.

Also watch: Modi vs the ‘Unholy Alliance’, and an Election BJP Wants Us to Forget

The reactions from within the BJP are enough to prove that the SP-BSP alliance has surely shaken the BJP rank and file. This is bound to prompt the BJP leadership into hastily working out measures to counter the move. Besides financial bait for voters, the party, in collusion with other elements in the Sangh parivar is clearly hyping up the Ayodhya issue and raking up the Hindutva card through other means as well.

The electoral battle between the BJP and the SP-BSP duo in the early 1990s earned the sobriquet ‘kamandal’ (representing the Hindutva forces) vs ‘Mandal’ (represented by the emergence of socially backward castes getting the stamp of the Mandal Commission). Significantly, even at the peak of the Ayodhya temple movement and shortly after the demolition of the 16th-century Babri Masjid, the ‘kamandal’ forces had to concede defeat at the hands of ‘Mandal’.

A quarter of a century down the line, history seems to be repeating itself, but with one difference: the passage of time has blunted the forces and appeal of both ‘kamandal’ and ‘Mandal’. Yet it goes without saying that the political tug-of-war one is about to witness on battleground UP will surely determine the destiny of not only the BJP but also more pointedly that of Prime Minister Modi.