As RSS Influence Grows, So Does the Length of its Activists' Pants

With their new uniform, RSS volunteers can now look forward to some of the taunts they have been subjected to by critics of the Sangh – 'nickkar', 'half-pantiya', etc. – gradually falling into disuse. 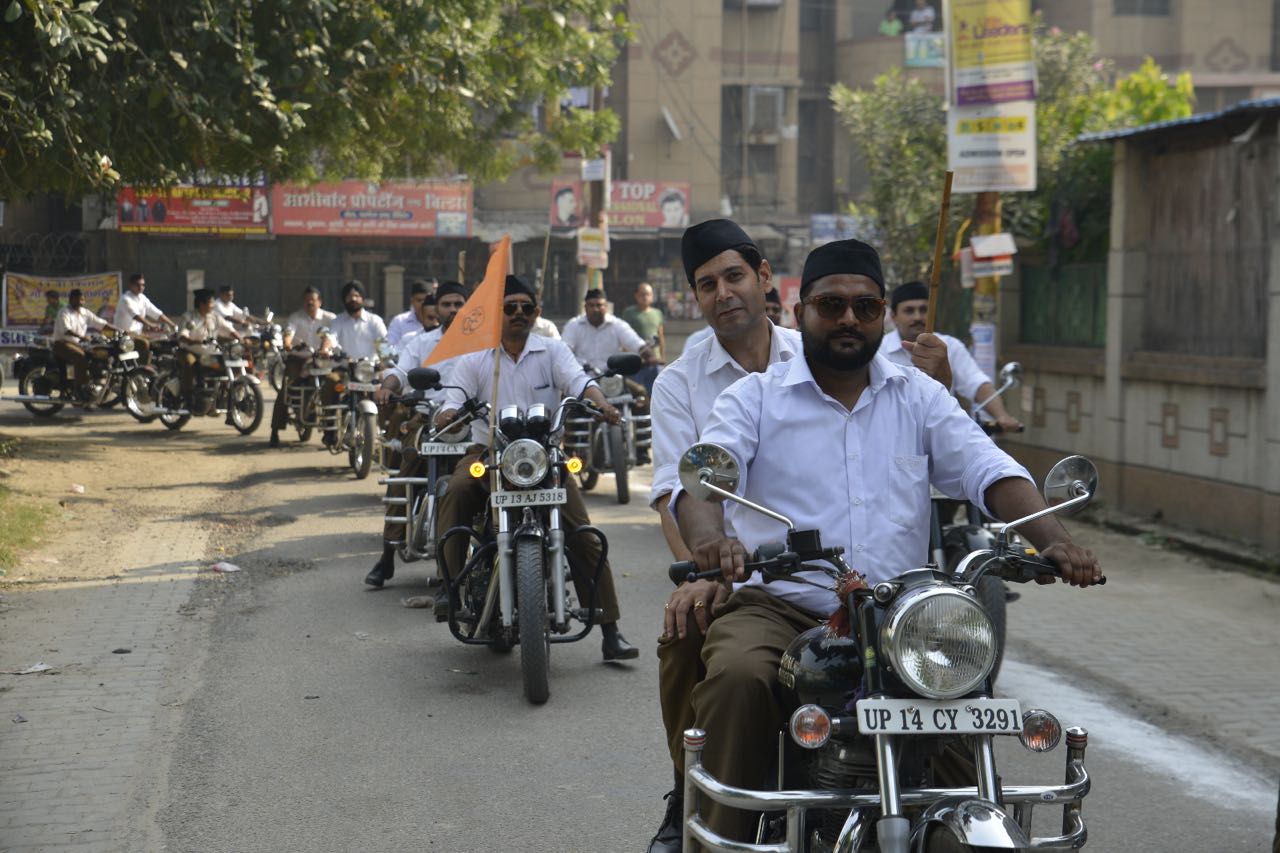 A preview of the RSS's new dress code: from half-pant to full. Credit: Shome Basu A preview of the RSS’s new dress code: from half-pant to full. Credit: Shome Basu

New Delhi: On Tuesday, RSS activists will cast away their khaki shorts – a throwback to their founders’ fascination for the sartorial standards set by the British colonial constabulary during the days of the Raj – and wear trousers in the hope that the change will make the organisation more appealing to young recruits.

The new innovation in uniform will be unveiled formally on Dussehra, or Vijaya Dashami, the foundation day of the Rashtriya Swayamsevak Sangh.

The 90-year-old organisation finds itself today at the height of its political influence in the country – with the party it controls running a majority government at the Centre and wielding power in 11 states, and its ideas driving government policy in a host of areas.

Apart from putting on ‘full pants’ – which remain khaki in colour in keeping with the Sangh’s martial self-image – the designers at Nagpur have decreed a change in the colour of socks.

RSS activists will, however, continue to wear white shirts and black caps, and wield lathis, or bamboo staves. In their celebratory processions, swords are often brandished along with the occasional gun.

The RSS, which describes itself as a ‘cultural organisation’ and whose founders professed an admiration for Hitler, is the ideological father of the Bharatiya Janata Party and custodian of its Hindutva ideology. It was founded in 1925 but played no role in the freedom struggle against the British, saying its aim was confined to unifying Hindus. In his 1939 book, We, Or Our Nationhood Defined, M.S. Golwalkar, leader of the RSS wrote:

“…To keep up the purity of the nation and its culture, Germany shocked the world by her purging the country of Semitic races – the Jews. National pride at its highest has been manifested here. Germany has also shown how well-nigh impossible it is for races and cultures, having differences going to the root, to be assimilated into one united whole, a good lesson for us in Hindustan to learn and profit by,”

Temporarily banned in the aftermath of the assassination of Mahatma Gandhi in 1948, the RSS floated the Bharatiya Jana Sangh in 1951 as its electoral vehicle. In 1980, the Jana Sangh made way for the BJP. “Even though the readiness of society to work with the Sangh on different issues has increased, the change in uniform has been made to take care of the comfort level and convenience while working. The transition heralds the change in Sangh in tune with the changing times,” the RSS’s Manmohan Vaidya told PTI.

With their new uniform, RSS volunteers can now look forward to some of the taunts they have been subjected to by critics of the Sangh – ‘nickkar’, ‘half-pantiya’, etc. – gradually falling into disuse.