Why Is the RSS Afraid of the Revolutionary Punjabi Poet Pash?

After objecting to Rabindranath Tagore, Ghalib and writings on M.F. Hussain, the RSS ideologue Dinanath Batra now wants a poem by Pash, which depicts the general oppressiveness of society, removed from textbooks. 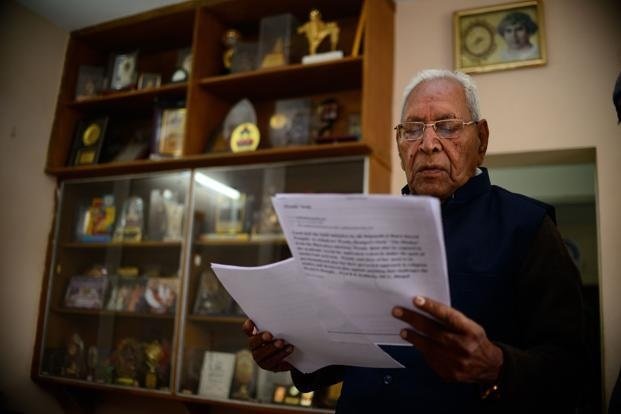 The biggest ideologue of the Rashtriya Swayamsevak Sangh (RSS) on education, Dinanath Batra, recently came out with a proposal to remove Avtar Pash’s only poem ‘Sabse Khatrnak’ from the class XI Hindi textbook Aaroh. The poem by the revolutionary Punjabi poet – who was killed by Khalistani terrorists on March 23, 1988 – was first published in 2006.

The National Council of Educational Research and Training (NCERT) revised its textbooks for all subjects under the National Curriculum Framework of 2005. History and Hindi are the two subjects that had invited the ire of RSS. The expert committee in Hindi was led by professor Namvar Singh as its chairman and professor Purushottam Agarwal as chief advisor. For history, professor Neeladari Bhattacharya was the chief advisor.

On August 18, 2006, BJP leader Ravi Shankar Prasad (now the law minister) raised the issue of the publication of “objectionable” material in NCERT books in the Rajya Sabha. Interestingly, the whole debate was in Hindi and I had gone through it in 2006, before writing an article titled ‘Issues and Facts about NCERT Books‘.

But now, one cannot find Devanagari script on the Rajya Sabha website in order to read this page. There is a good record of the Rajya Sabha Official Debates, but little record of Rajya Sabha Verbatim Debates – this particular issue was part of the latter.

I remember a comment by Sushma Swaraj in which she had labeled Pash a ‘Naxalite’ poet. Even Abani Roy, the leader of Revolutionary Socialist Party, made uncharitable remarks on Pash in that debate. Since we used to exchange views, I had contacted Roy to express my resentment at his comments, from which he tried to wriggle out by saying that ‘He wanted Pash not to be taught in the lower classes, he may be taught in higher classes.’ 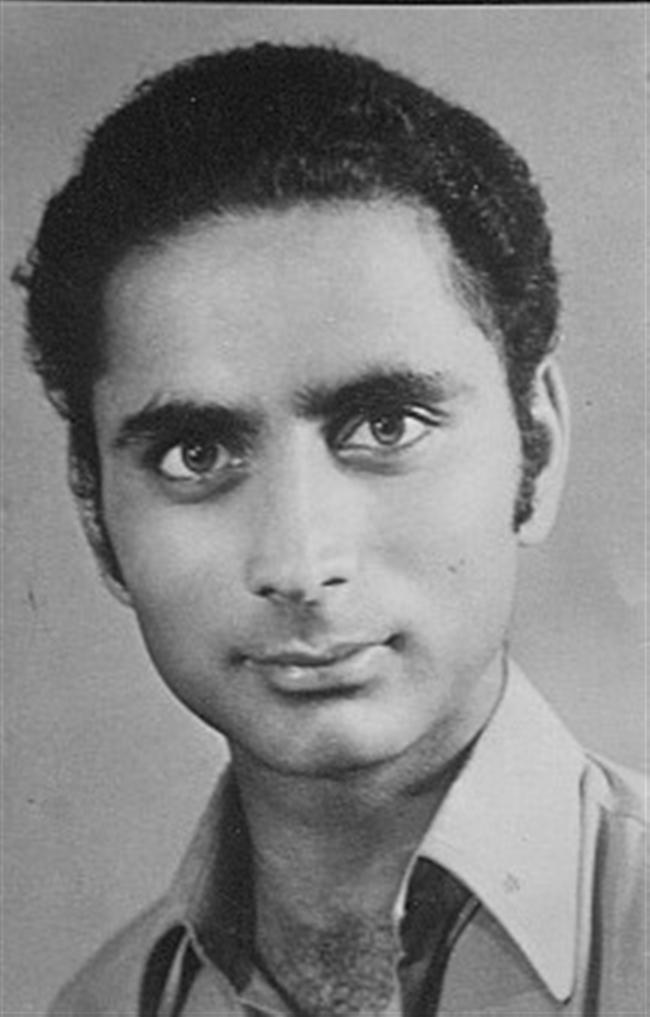 Roy apparently did not know that Pash’s poem was included in class XI textbook and not for younger students.

Now, Batra, who retired as a Hindi teacher from a school, has not only objected to Pash’s poem, he has also targeted Rabindranath Tagore, Ghalib, Urdu phraseology in general, writings on M.F. Hussain, etc. Whatever BJP MPs had said of Hussain in 2006 in a Rajya Sabha debate has been repeated by Batra now.

Just as the reference to Tagore being omitted from NCERT books created a stir in Bengal and even in the the parliament, Punjabi writers too have vehemently come out against Batra/RSS’s recommendations.

Incidentally, Akka Mahadevi and Pash are the only two non-Hindi poets included in the class XI textbook.

Pash’s poem – included in an anthology – veers towards the philosophical. While talking about oppression in society, the poet muses on the significance of dreams and he finds ‘the death of dreams’ as the ‘most dangerous’ human predicament. Perhaps the RSS and its cohorts are afraid of dreams, as dreams lead to inspiration, which further lead to transformational ideas of better humanity – which is dreaded by RSS like often by religious fundamentalist bodies. So the dreamer poet, who was assassinated by religious fundamentalists, now must be kept away from young minds in school.

But why has Pash offended the RSS so much? Read his poetry and the answer immediately becomes clear.

Pash is one of the major Punjabi poets whose works are a part of the syllabus of several universities. Pash’s works have been translated into major Indian languages like Bengali, Gujarati, Marathi, Telugu, Malayalam, Kannada, Hindi etc. The University Grants Commission, in its model course designed during earlier NDA rule, had recommended teaching Pash.

His poetry has been compared to that of Pablo Neruda and Lorca, and he was murdered for confronting Khalistani terrorists directly through his poetry.

The Pash Library in Karnal, which was established in the memory of policemen of Haryana slain by Khalistanis, has now been closed by RSS chief Manohar Lal Khattar. Pash, in one of his poems, has referred to ‘the critics with red turbans.’ Had he listened to the interpretation of his poetry in Rajya Sabha and by Batra, what term would he have coined for such literary critics? Perhaps ‘literary critics with red turbans and bhagwa (saffron) minds.’

Born on September 9, 1950, Pash’s first collection of poetry ‘Loh Katha’ (Iron Tale) came out in 1970 and earned him instant recognition. His 1974 collection ‘Uddade Bazan Magar‘ (After the Flying Hawks) and 1978 collection ‘Sade Samian Vich’ (In Our Times) immediately made him one of the major Punjabi poets of his generation.

Translations of his poetry got him recognition throughout India. After 1978, till his assassination a decade later on March 23 – a day of his own hero Bhagat Singh’s martyrdom – he published a few poems in journals, but not in any collection. In this period, he brought out journals, set up a school and challenged the Khalistani interpretation of Gurbani.

He then moved to the US due to threats from Khalistani terrorists, but continued writing against both state and Khalistani terrorism in poetry and prose. On a visit to India in 1988, the day he was supposed to return to US with his village friend Hansaj, both were assassinated in his village Talwandi Salem near Jalandhar. His complete poetry was published in different volumes after his assassination and recently his complete prose collection ‘Talwandi Salem nun Jandi Sadak’ (The road going to Talwandi Salem) has been published.

Out of Pash’s nearly 200 poems, T. C. Ghai has translated 102 poems in English as well. Two films have also been made on Pash. Rajiv Kumar, the internationally renowned director of Chamm and Nabar, made Apna Pash and another director made Chauras Chand.

Pash’s very first poem is titled ‘Bharat.’ It announces his own sense of nationalism, which is based on working people’s India. And the rejection of Indian nationhood comes in a poem titled ‘A Petition for Disinheritance’, based on the misbehaviour against Sikhs traveling on the Ambala-Delhi highway during the time of the 1982 Asian games.

If Pash attacks the Indian state for its oppression, he does not spare Bhindranwale followers for their cruel acts as well. Were he alive today, he would have definitely written about the murders of intellectuals and dissenters.

Chaman Lal retired from JNU as Professor in Hindi Translation. He has translated poetry of Pash in Hindi and edited documents of Bhagat Singh in several languages.