Past Continuous: When RSS Finally Gave in to Modi's Imminent Rise 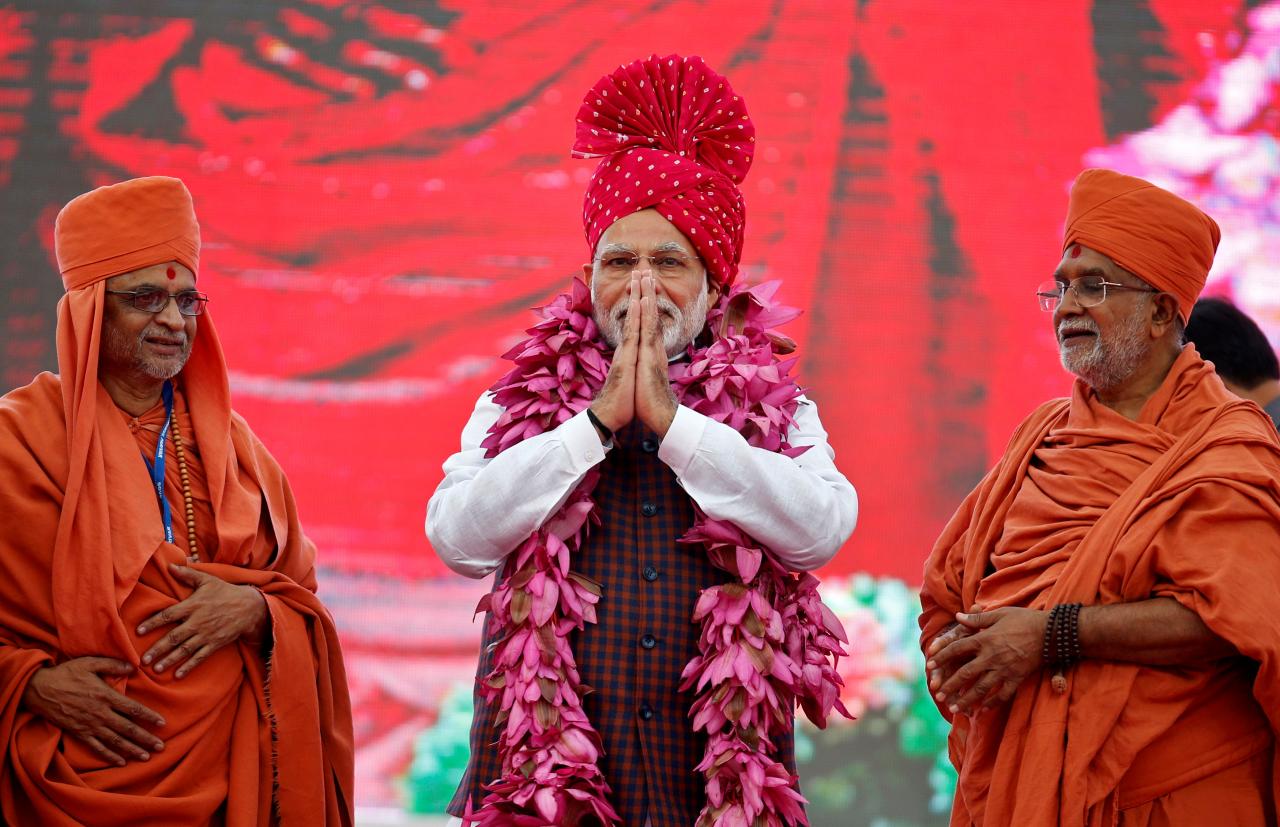 Around this time five years ago, a charter plane waited in vain for an entire day at the domestic terminal of the Indira Gandhi International Airport to take a VIP to Goa. The VIP had a day earlier dropped out from a regular commercial flight on which he was booked to take him to a crucial meeting of his party’s national executive. Although he had a stomach bug troubling him, it was actually a sulk that steeled his resolve to not board either of the two flights.

Even though he was no longer an office bearer of the party, Lal Krishna Advani was still a member of the BJP’s important parliamentary board, the party’s national executive and election committee. He may not have remained a force-multiplier but still carried immense political clout. Support and sympathy for him, although not majority in character, still ran down the line in the party which he had almost single-handedly shepherded from being a marginal force to the fulcrum of Indian politics. His presence was urgently required at the meet which was almost certainly being held to anoint Narendra Modi as the Bharatiya Janata Party’s prime ministerial face in the impending parliamentary elections in 2014.

In Advani’s absence, Modi’s appointment, a foregone conclusion, would remain an unfinished triumph because the vacant seat would point to significant opposition within the party to Modi’s rise. Eventually, Modi was denied his coveted throne at this meeting and he had to remain satisfied with his appointment as ‘crown prince’ or chief of the party’s campaign committee for the Lok Sabha and assembly elections. After his appointment, Modi finally broke the ice after several days and tweeted: “I spoke to Advani. I am extremely grateful and honoured to get his blessings. Senior leaders have reposed faith in me and we will leave no stone unturned to help the country get rid of the Congress party.”

Five years later, none of the turbulence that preceded Modi’s rise not just within the BJP but in the entire Sangh parivar remains, and he is its unchallenged leader. It is a different matter that the absence of discordant voices does not preclude the existence of dissidence, it is just that the might of the party’s presiding duo – Narendra Modi and Amit Shah — makes potential rebels fearful for their future. Yet, and regardless of his omnipresent tight grip on the party edifice, there is a fundamental difference between that moment when it became evident that the last vestiges of opposition to Modi’s ascendance had disappeared and now. 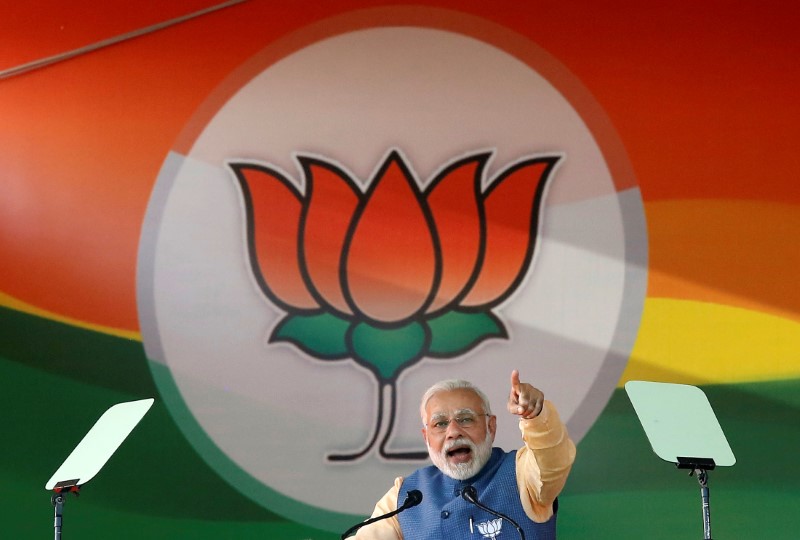 In 2013, much before Modi was formally named as the BJP’s electoral centrepiece or mascot, there was an air of imminence to his becoming prime minister. The certainty of 2013 is conspicuous by its absence in 2018. In 2013, there was no doubt about the character of the BJP’s electoral plank and what would be the issues the party would emphasise on. In 2018, there is still little clarity on the talking points with which Modi would go to the voters.

Five years ago, there were signs of a wave generating in Modi’s favour. Now, the situation has turned on its head and the BJP can only hope that the emerging opposition bonhomie does not fashion itself into single-opposition candidates in 400 plus Lok Sabha seats. It is for Modi and his supporters to ponder over reasons behind the air of uncertainty that has enveloped much of the government and ruling party’s actions.

But purely for reasons of its mesmerising character, the story of how Modi incredulously overcame objections within the Sangh parivar and secured national and international acceptance before securing the people’s mandate needs retelling. It remains a telling testimony to how a single man forced the organisational steel of RSS into accepting him on his terms. Developments in those significant months demonstrate frailty of the Sangh parivar and underscores that despite an emphasis on value-based politics, it remains susceptible to compulsions of realpolitik. In this rise and rise of Modi from pariah to political superstar, the Goa meeting of the national executive was an important watershed.

The first indication that Modi was the rising star on the Indian political firmament came ironically not from an Indian quarter. Instead, it was the UK which signalled that it was time to end the suspension of ties with the man then once shunned when the British high commissioner in India, James Bevan, travelled to Gandhinagar and met Modi, then still chief minister and busy with campaigning for the assembly elections that elected him for the third time. 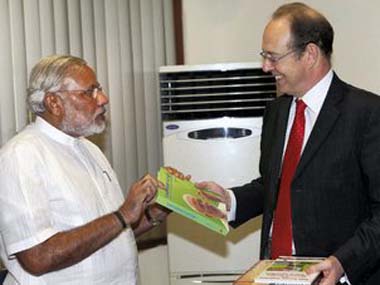 A fortnight after taking oath as Gujarat’s chief minister for the fourth time in December 2012, Modi travelled to New Delhi for the Pravasi Bharatiya Divas and had a quiet unpublicised lunch with EU ambassadors at the German ambassador’s residence. Much before even the Sangh parivar had formally endorsed his candidature, countries the world over had begun courting Modi, making it evident that his quest for global acceptance had ended.

The countries which shunned Modi in the aftermath of the 2002 riots with the US denying him a visa in 2005, now cited him being a democratically elected leader of the people of Gujarat. In a subtle manner, they also indicated that engagement with Modi did not mean endorsement but this was of little consequence to his supporters as the interactions were interpreted as Modi’s arrival on the international stage.

The outreach to Modi was clearly an indication of international reading that the wind was now blowing in his favour. To be counted among friends in a possible Modi-headed PMO, it was important to begin mending ties and treat him as an elected leader and not as a provincial leader under whose watch the 2002 riots had occurred.

Although ambassadors and high commissioners of most global powers were queuing up to embrace Modi with hope of not being excluded from engagement by a new regime, the character of which they appeared certain about, Modi’s party colleagues still fancied their chances of piping him to the post.

The “dawn of truth”, as one senior BJP leader told me a while back in a private conversation, was at the National Council meeting in New Delhi in March 2013 which was convened to endorse Rajnath Singh taking over as party president from Nitin Gadkari, who did not seek another term following corruption charges against him. The session, as the leader asserted, was to celebrate Singh’s appointment, but when Modi walked to take his place on the stage, the delegates broke into an applause which continued almost endlessly. “That is the time when I, and almost everyone else on the stage, realised Narendra bhai ne humko kitna peeche chod diya (how far back we had fallen)” the leader said.

The reasons behind RSS’s decision in 2013 to finally end opposition to Modi’s rise have been speculated for long. Modi and the Nagpur-based brass shared an uneasy relationship rooted mainly in the strongman following his own mind and not take instructions from the coterie. Yet, Nagpur was forced to swallow the bitter pill and give the green signal to Singh to appoint Modi. The lone spanner in the wheel was thrown by Advani and it was his opposition which held up Modi’s formal declaration as the prime ministerial candidate for several months. 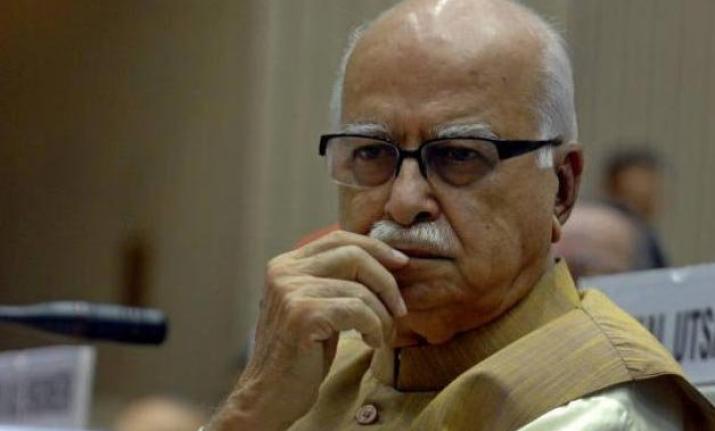 For the RSS it was no easy choice but was taken due to fear of the leadership that they could be challenged by the cadre. By early 2013, there was a groundswell of support for Modi in the rank and file of the Sangh parivar and preventing Modi’s rise would have led to a virtual revolt, the nature of which was however unknown for its unprecedented character. Acceptance of Modi as the prime ministerial face of the BJP was the first instance of the RSS leadership being forced a decision because of pressure from below.

The ‘coup in Goa’ or the first step to Modi’s coronation was taken much to Advani’s consternation by RSS point-person Suresh Soni along with Singh and Arun Jaitley. Bhaiyyaji Joshi, the general secretary, in an interaction with Rajnath Singh days prior to this had indicated that RSS was in favour of delaying the announcement until there was complete consensus. The turnaround indicated partially that saffron apparatchiks were compelled to address the groundswell of support for Modi but also indicated that not every leader shared the same viewpoint – for some like Joshi, consensus was of greater import.

Advani, for his part, when informed about the announcement by M. Venkaiah Naidu, just curtly replied, “Mujhe dukh hai (I am sad)”. He then shot off a letter to Rajnath Singh resigning from all party posts and released this to the media. The letter was bad publicity and forced Mohan Bhagwat into the act of cajoling Advani into taking back his resignation. Clearly, having made his point, Advani wished to stay within the parivar to remain relevant for another occasion. His immediate appreciation of the RSS, and Pranab Mukherjee, for the latter recent Nagpur sojourn, when the BJP leadership was guarded in response indicates Advani’s continued quest and craving for political consequence.

The elevation of Modi as the undisputed leader within the parivar stemmed from the realisation that he stood unrivalled in terms of his vote gathering abilities. A year before next year’s parliamentary elections and some months before the assembly round this winter, it would be prudent for Modi and his backers to remember that his pre-eminence is due to his ability to charm the electorate. The day this capacity begins to be doubted or is shown to be waning, equations within the parivar and the BJP will begin altering sooner than expected.