“It is an open secret now that a powerful section of the television media is deeply vested in the electoral fortunes of the BJP,” Yadav wrote in an open letter. 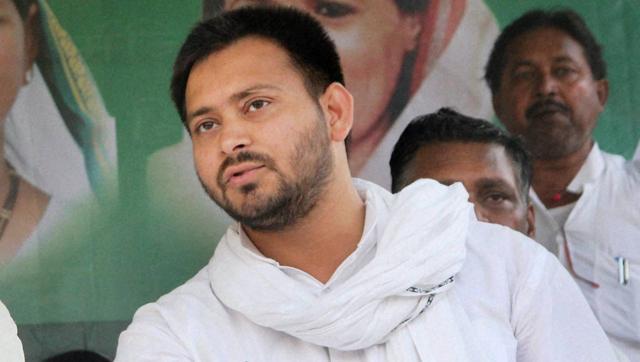 New Delhi: In recent years, many civil society and media personalities alike have discussed the impact of the polarising news debates held on a majority of Indian televisions channels, and of how the ruling Bharatiya Janata Party has successfully employed several channels to advance its political agenda.

Ahead of the general elections, the debate appears to have gained traction among a few opposition parties. To counter the BJP’s influence on TV campaigns, many parties are now sprucing themselves up.

Rashtriya Janata Dal leader Tejashwi Yadav, in a open letter, has now appealed to all opposition political parties and “conscientious voices” to stop participating in television debates that seek to advance the ruling party’s agenda without any respect for journalistic ethics.

“I write this to you in the context of the debates conducted by some of the TV channels where a spectacle is produced every morning with the sole aim of denigrating all the opposition parties,” he said.

“It is an open secret now that a powerful section of the television media is deeply vested in the electoral fortunes of the BJP,” he added. 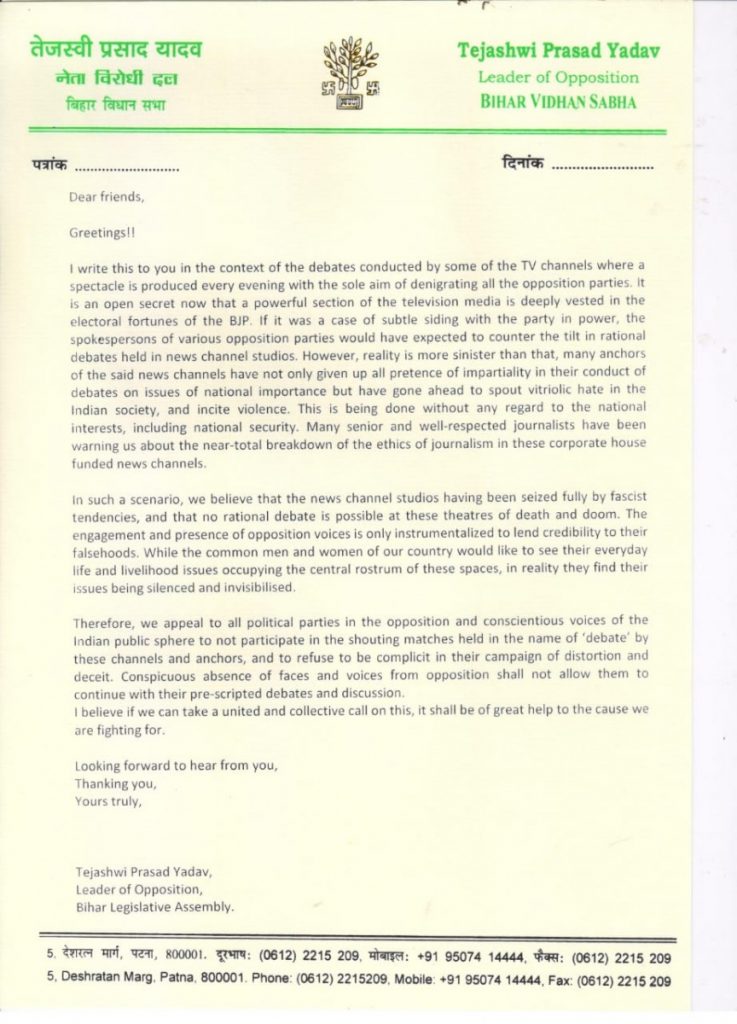 If TV debates were merely “a case of subtle siding with the party in power”, the opposition party spokespersons could have countered the “tilt in rational debates”. Instead, Yadav said, many anchors have dropped even the “pretence of impartiality in their conduct of debates on issues of national importance”.

He alleged that these television anchors have “gone ahead to spout vitriolic hate in the Indian society, and incite violence”.

He said that these news channels have come to be fully controlled by “fascist tendencies” and no rational debate was possible in their debates.

He added that many senior journalists have been warning the party of “near-total breakdown of the ethics of journalism in these corporate house funded news channels”. As a result, he felt that issues of national importance, including matters of “national security” have been politicised in these debates.

He thought that if the opposition parties boycott the channels, their absence “shall not allow them to continue with their pre-scripted debates and discussion”.