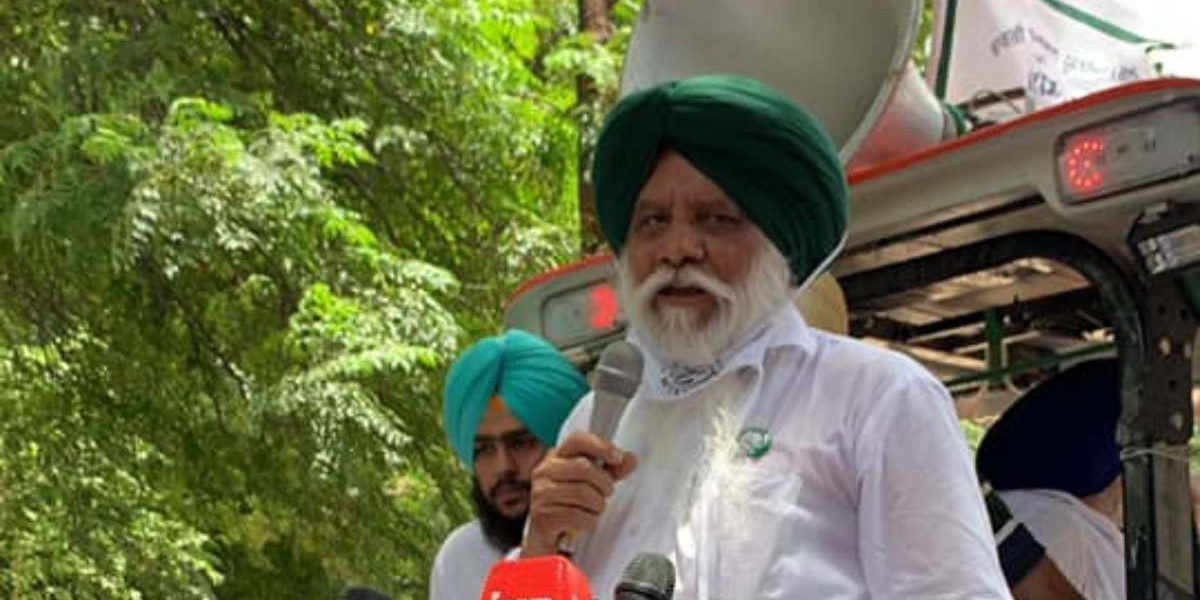 Chandigarh: Cracks are being to appear in the Samyukta Kisan Morcha (SKM), a front that successfully stirred the farmers’ movement against the powerful Narendra Modi government, after 22 farmers’ unions (all members of SKM) floated a new political party, the Sanyukta Samaj Morcha (SSM), here on Saturday.

“For now we will fight on all 117 seats [in Punjab] as there are no alliance talks with any political party including the Aam Aadmi Party,” Rajewal declared, even as key SKM leader Dr Darshan Pal called it a wrong move.

He told The Wire that the SKM deliberately kept political parties away from the kisan morcha since it believed that the electoral politics of the country did not live up to people’s expectations.

Rajewal’s announcement is counter to the understanding with which the SKM came into existence, said Darshal Pal. He said their decision will create a lot of confusion in the morcha and even hamper the unfinished agenda, including the legal guarantee for the MSP as “we have to fight even harder to achieve our pending demands”.

He added, “SKM rejects their call to fight the election. We will discuss the issue in the SKM meeting on January 15 and take a unanimous call to remove them officially from SKM.”

Darshan Pal added, “All kisan leaders who will fight the election will be treated at par with other political parties. …We will oppose anyone who will use SKM’s name for political purposes.”

Rajewal’s new morcha will be a second political party emerging out of the SKM, after another key SKM leader Gurnam Singh Chaduni of Haryana-based BKU (Chaduni) floated his own political party, Sanyukt Sangharsh Party, last week.

‘Pressure from people forced us to float party’

Earlier, Rajewal told the media after the movement’s success, he will stay away from politics. On why he has now made a U-turn, Rajewal said that it was the pressure from the people that forced them to float the new front.

“The people wanted us to change the politics of Punjab after winning a successful morcha against the Modi government,” he said.

Rajewal said that it was wrong to say that their move will harm SKM’s interests.

BKU (Qadian) state president Harmeet Singh Qadian said that the front was named Sanyukt Samaj Morcha because it would represent all sections of the society. “We will release our agenda and issues on which we will fight the election. We appeal to the people to support us as they did earlier.”

He also said that apart from 22 farmers’ unions, three more unions including BKU (Dakonda) and BKU (Lakhowal) have extended support to them. “They will come out openly after making changes in their constitution in days to come,” he said.

Quadian said that he appealed to all like-minded fronts to support them to change the politics in Punjab.

‘Personal aspirations of few led to the birth of new front’

Among the farmers’ unions who decided to stay away from the Rajewal-led front are BKU (Ugranhan), which is the largest farmers’ front in terms of cadre, BKU (Sidhupur), BKU (Krantikari), Kranti Kisan Union, Kranti Kisan Manch, Kisan Sangharsh and several others.

Jagjit Singh Dallewal of BKU (Sidhupur) told The Wire that to say that pressure from the people was the reason to contest election was an incorrect argument. “People would alway be made aware of what is in the best interest of the farmers. Farmers won the morcha against the powerful Modi government because we remained non-political and stuck to the agenda.”

Darshan Pal, on the other hand, said that political aspirations of a few people led them to form a political front. “We repeatedly told them not to take such steps as the mandate of the kisan movement is not over yet. Our movement was not over, as it was merely suspended for a few months. But in between, this move was not needed,” he said

Sources said that Rajewal was for long interested in electoral politics. In 2015, he became a member of Shiromani Akali Dal but left the party after sacrilege allegations against the Akali Dal. Later in 2017, he wanted an AAP ticket but failed to manage it.

There are strong speculations that Rajewal may come into an understanding with the AAP in the days to come.

Rajinder Singh Deep Singh Wala of the Kirti Kisan Union told The Wire that the SKM forced the Modi government to repeal the three farm laws because a non-parliamentary struggle was more effective than electoral politics. Somehow, some farm unions broke that understanding and jumped into the poll fray even without making their agenda clear, he added. “How can they claim to be professing alternative politics without bringing clarity on their development model for agriculture, health, education and business in the state?”

Meanwhile, nine farmers’ unions issued a joint statement on behalf of Jagjit Singh Dallewal, Dr Darshan Pal, Joginder Ugrahan and Surjit Phul, and said that the SKM has nothing to do with the latest political front announced by the Rajewal-led farm unions.

SKM is the front that represents the interests of more than 400 farmers’ unions across the country. It came into existence to protect the interests of the farming community and to fight against governments professing anti-farm policies.

It further added that 32 farmers; unions from Punjab were part of SKM but several fronts went ahead forming the party despite valid objections.

“Therefore SKM clarifies that it has nothing to do with the new front and we will not give them the SKM name for political purposes. We are apolitical and remain so,” it added.