Neither the Rashtriya Janata Dal, nor Lalu Prasad Yadav will be the same without this socialist leader. Patna: Raghuvansh Prasad Singh was recognisable by his white kurta and his khadi dhoti, both as spotless as the five decades of his public life.

Raghuvansh, of the bearded face and unkempt hair, who was born and brought up in an upper caste Rajput family, was an ardent socialist. He was committed to the ideals of Karpoori Thakur—an early champion for empowerment of the underprivileged sections of the society in post-Independent Bihar.

Raghuvansh was an embodiment of what the phrase ‘down to earth’ stood for. And yet he was erudite. He had a Ph.D in mathematics and began his career as a mathematics professor at a north Bihar college. His sensitivity towards the plight of the underprivileged drew him towards Ram Manohar Lohia’s brand of socialism in the 1970’s. He joined the Bihar movement led by Jayaprakash Narayan, against Congress’s dictatorship. He became MLA from Sitamarhi district’s Belsand Assembly seat for the first time in 1977 and became Energy Minister in the Karpoori Thakur-led Janata Party government in Bihar. After that he never looked back.

His depth and political talent as a socialist leader came to the fore on an all-India level when, as the Union rural development minister in the Manmohan Singh-led cabinet (2004-2009), he effectively implemented the Mahatma Gandhi Rural Employment Guarantee Scheme (MGNREGS)—the world’s largest rural employment guarantee scheme.

It was the United Progressive Alliance’s (UPA’s) flagship scheme that was credited to have won the second term for Manmohan Singh in 2009. Its effective implementation resulted in lakhs and crores of the poor getting 100 days of assured employment at their village.

Raghuvansh’s in-depth knowledge on rural lifestyle and economy was what made the scheme successful. It was not without reason that Singh, the economist prime minister, invariably sought meetings with Raghuvansh to discuss the scheme and other aligned aspects with him.

In the meantime, Lalu Prasad Yadav’s RJD broke alliance with the Congress in the 2009 elections. His RJD won only four Lok Sabha seats. Raghuvansh’s was one. The grapevine had it that both the UPA chairperson, Sonia Gandhi and the prime minister Singh were desirous to induct Raghuvansh in the cabinet. But the leader did not join the cabinet, he would remain with the RJD.

He spoke in an earthy language, in a way that had marked resemblance with that of his long-standing friend and political boss, Lalu Prasad. But unlike Lalu who banked on jokes and banter, Raghuvansh’s interventions in the Lok Sabha were laced with logic, statistics and constitutional citings.

After the death of Karpoori Thakur in 1988, Lalu Prasad became the Leader of Opposition in the Bihar assembly. Raghuvansh stood behind Lalu then and continued to, until recently.

Many of Lalu’s old friends—Nitish Kumar, Ram Vilas Paswan, Sharad Yadav and George Fernandes—deserted him, returned to him and deserted him as they saw fit. Yet, Raghuvansh was the one leader who stayed.

“Every RJD worker is now Lalu Prasad. So what if Lalu has gone to jail! We have lakhs and crores of Lalus fighting on the streets for the cause of the poor,” Raghuvansh had thundered when the court had convicted Lalu in fodder scam cases for the first time in 2013. Raghuvansh was the first to reach Lalu’s 10 Circular Road residence at Patna then, escorting Lalu’s son, Tejashwi Yadav, and helping him speak to the reporters. 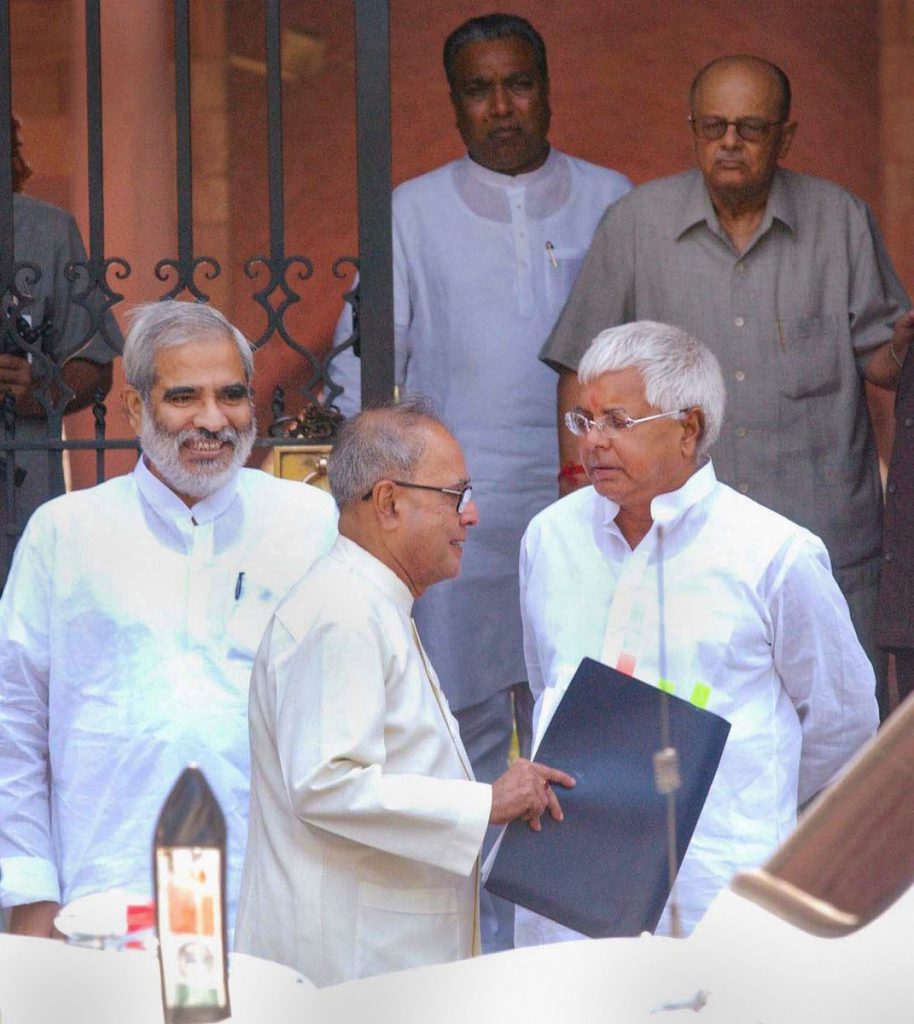 Raghunvansh was the only leader in the top echelon of the RJD who had vociferously opposed the induction of Nitish Kumar-led JDU in the Grand Alliance in 2015. It was upon much persuasion and cajoling by Lalu Prasad and now RJD state president, Jagdanand Singh, that he had settled into the idea of JDU joining hands with RJD and Congress.

Raghuvansh was the only leader who openly spoke against Nitish and questioned his style of functioning as the Grand Alliance’s chief minister. The JDU, meanwhile, repeatedly urged Lalu to ‘reign in’ Raghvansh.

Of late, Raghuvansh had been distinctly unhappy with the RJD since the induction of Rama Singh—a gangster who had defeated him as a Lok Janshakti Party candidate from Vaishali in the 2014 elections. Raghuvansh had won the Vaishali seat five times consecutively from 1996 to 2009 till he lost to Rama Singh. He resigned as the RJD’s national vice president about two months ago after testing positive for COVID-19. He was admitted to the AIIMS at Patna. But Lalu had rejected his resignation then.

Also read: Ahead of Bihar Elections, Nitish Kumar Once Again Displays His Guile

Raghuvansh recovered but developed health complications. A week ago he was admitted to the AIIMS, Delhi. From the hospital bed, he wrote a two-sentence letter to Lalu Prasad.

“I have stood behind you for 32 years after the death of Karpoori Thakur, No longer. Pardon me.”

Lalu too wrote back in hand from the Rajendra Institute of Medical Sciences (RIMS), Ranchi, where he is undergoing treatment as an incarcerated.

“My family and the RJD family want you to get well and be among us. We will sit together and discuss everything when you recover. Aap kahin nahin jaa rahe hain, samajh lijiye (You are going nowhere, understand this)”.

When Raghuvansh breathed his last today, Lalu tweeted in Hindi: “I had asked you not to go anywhere three days ago. But you have gone far away. I am speechless.”