Interview | 'Will Have to Think If We Want to Remain in NDA': RLP Chief on Farmers' Protest

RLP national convenor and MP, Hanuman Beniwal, speaks to 'The Wire' regarding his support for the farmers' protest, his alliance with the NDA, and preparations for the assembly elections in Rajasthan in 2023.

Jaipur: The Bharatiya Janata Party’s ally from Rajasthan, Rashtriya Loktantrik Party (RLP), has threatened to leave the National Democratic Alliance (NDA) if the Centre does not concede to the demands of the protesting farmers on the new farm laws.

RLP national convenor and MP, Hanuman Beniwal, is a well-known Jat leader from Rajasthan’s Khinvsar. Once a member of the BJP, he left the party over differences with the then chief minister Vasundhara Raje. He then launched his own party ahead of the 2018 state assembly polls.

During the 2019 Lok Sabha polls, the RLP had entered into an alliance with the BJP in Rajasthan. Since the end of the elections, Beniwal, through statements, expressed his intention of severing ties with the NDA for quite some time now.

He speaks to The Wire about his support to the farmers’ protests, the status of his alliance with the NDA, and his preparation for the upcoming assembly elections in the state in 2023. Here are the excerpts from the conversation:

You are fighting panchayat elections separately and you also recently spoke out against the Central farm bills. Are these moves aimed at displaying your displeasure against the BJP?

My alliance with the NDA was simply based on our collective demand of “Congress-mukt Bharat”. But when it goes against farmers and soldiers, we will support them over anything else. Farmers will be more important to us than any alliance.

So, have you quit from the alliance?

No, we haven’t left yet. But, we have written to Amit Shah about considering the demands of various farmers’ organisations protesting in Delhi. In fact, we believe that these bills are not of much help. The farmers will benefit only when the recommendations of the Swaminathan report will be enforced across the country.

We know that the prime minister is a very bold man, and he can bring stringent farm legislation. So, we have appealed to the Union government to change its attitude about farmers. If it does not change its attitude, we will have to think if we would want to continue with the alliance. 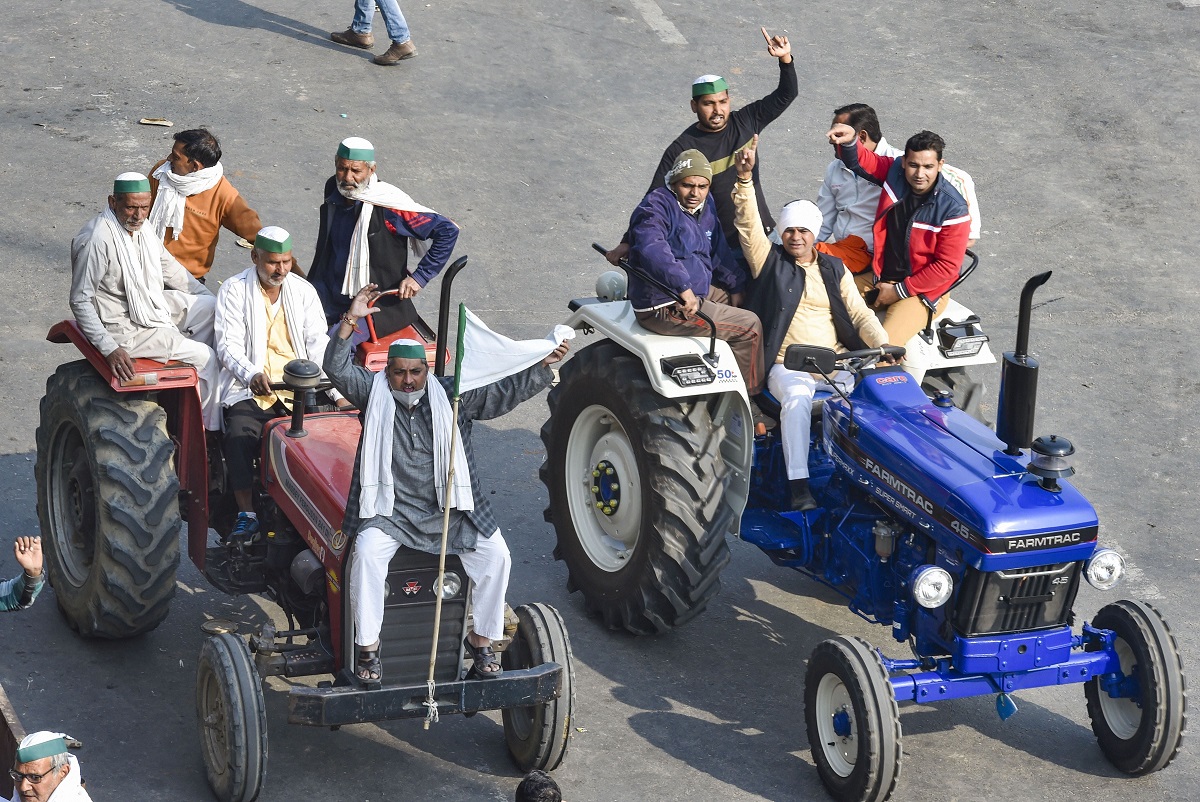 Were you expecting a ministerial position in the Modi’s government this time? Do you feel you have been let down?

No, there was absolutely no discussion about any position while we were finalising the alliance. If I would have bargained, I would have definitely got a position but I had fought the elections for only two major reasons – to teach a lesson to chief minister Ashok Gehlot’s son Vaibhav Gehlot (Vaibhav had contested the 2019 Lok Sabha polls from Jodhpur but lost to Gajendra Singh Shekhawat) and to wipe out Congress from Rajasthan.

A senior Jat leader from Rajasthan, Rampal Jat, has told The Wire that you are still confused which is why you are just tweeting against the Centre and not joining the protest in Delhi. Your comments?

Any person can go to Delhi alone and speak anything. If I’ll go, I’ll go with lakhs of people. I’m NDA’s alliance partner and have given a direct message to the leadership to break apart from the alliance, what could be more serious than this?

And those who are talking about me, you should check their reality. I’m the only leader in Rajasthan who has established his own party and won elections.

Those who are asking me to resign, I would like to tell them that my alliance was made at Delhi level and if I’ll have to resign, all those who gained power because of my campaigning for them should also resign.

So, you have not yet finalised your plan to join farmers’ protest in Delhi?

We were thinking of it, but then news on the Centre agreeing to hear out the farmers came up. So, we postponed.

(Meanwhile, Beniwal tweeted on Monday that he will be joining the farmers’ protest in Delhi on December 12)

Rajasthan government has introduced a few bills to counter the Central laws. Do you think they will be of some help?

No, they will not be able to make any impact. These bills cannot ensure that the farmers’ produce is purchased at minimum support price (MSP). So, they would just be pointless.

I repeat, the farmers will benefit only when the Swaminathan report is enforced.

BJP leaders in Rajasthan have countered you for writing a letter to Amit Shah against its farm laws? How do you see that?

Those are just Vasundhara Raje’s loyalists trying to make way for her in Rajasthan politics. In fact, they are the ones who had helped Gehlot save his government during the showdown between him and his former deputy Sachin Pilot.

When RLP was forming an alliance with the NDA in Delhi, Raje who lived only 400 metres away from the venue was not even allowed to come in. What could be more humiliating for her than this?

With constant propaganda of sidelining her in the state, do you think that Vasundhara Raje will be able to assert herself in Rajasthan politics in 2023?

Vasundhara Raje used to gather Jat votes by calling herself Jato ki Bahu (daughter-in-law of the Jats), but now people know that she has divorced her husband. Not more than 50 people will come to listen to her.

People, irrespective of their caste, vote for leaders who they trust can fight for their rights and interests.

Jats, Yadav, Gujjars will form a combination in Rajasthan to vote RLP to power just like Muslims and Scheduled Castes and Scheduled Tribes form under Mayawati.

The 2023 assembly elections are also approaching. What are the chances of RLP this time? Will you go for an alliance?

RLP will not form any alliance with NDA in 2023.

What about forming an alliance with the Congress?

No, not even with the Congress. RLP will contest on its own and win hands down.

If in future, Rajasthan’s Congress unit forms faction, who will you support?

I will support anyone who would stand in opposition to Ashok Gehlot. During the recent political crisis too, I had supported Sachin Pilot.