The minister has three honorary doctorates, including one from a bogus Sri Lankan university. Questions have also been asked about his MA given the concerned university's refusal to comply with an RTI request for the details. 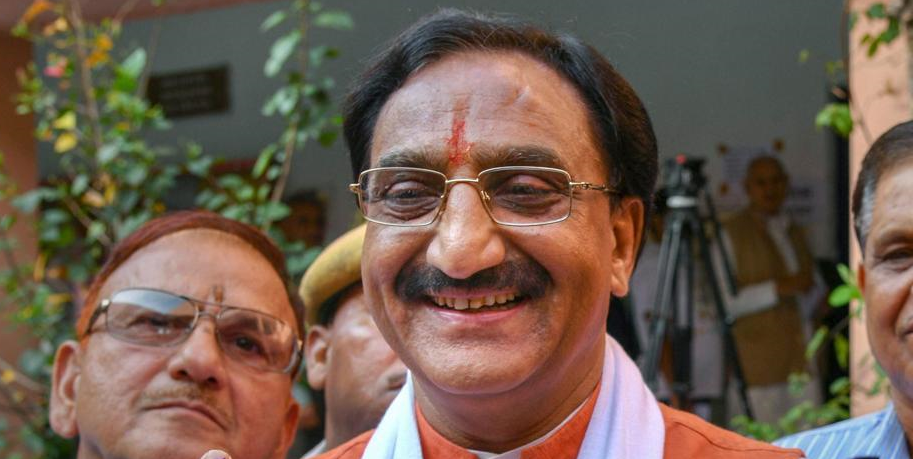 Note: This story has been updated with the HRD minister’s response

A petition before President Ramnath Kovind has demanded that the minister’s “oath” be declared null and void since he prefixed his name with “Doctor” despite not holding a proper earned degree which would entitle him to use the honorific.

With an MA degree, Pokhriyal has only honorary doctorates, and across the world, the practice is that those conferred with this decorative ‘degree’ do not call themselves ‘Doctor’.

Pokhriyal is the third minister in the Narendra Modi government to be accused of misrepresenting his educational qualifications. Earlier, allegations were also made against the prime minister and Smriti Irani.

In the case of Pokhriyal, the complainant, Manish Verma, has charged that there was a “major omission/error” in the oath he took as Union cabinet minister on May 30, 2019. The petition stated that he “pre-fixed doctor before his name while taking oath as cabinet minister” while the fact is that he “does not hold any doctorate degree”.

Verma’s plaint focuses on Pokhriyal’s honorary doctorate from an unrecognised Sri Lankan university but the minister’s personal secretary, IAS officer Basava Purushottam, stated in an email to The Wire on Thursday night that the minister has two honorary doctorates – one from Graphic Era University and another from Uttarakhand Sanskrit Vishwavidyalaya.

Purushottam reiterated the fact that Pokhriyal had done his MA from the H.N. Bahuguna University in Uttarakhand and accused Manish Verma of deliberately targeting and maligning the image of the HRD minister.

Purushottam said the minister’s BA degree – which Verma’s complaint to the president also raises doubts about – was “not relevant” given that he had an MA.  Though he did not have information about the BA at hand, he undertook to provide its details later.

Also Read: BA to No Degree, Arts to Commerce: The Shifting Story of Smriti Irani’s Education

His complaint noted that in the past, Rajesh Madhukant, a resident of Dehradun, had filed a Right to Information petition on June 2, 2014, about the “MA degree, enrolment number and related copies of documents” of Pokhriyal, a former chief minister of the state and then Lok Sabha member.

The Central Information Commission in December 2016 directed the Hemwati Nandan Bahuguna Garhwal University in Srinagar, Uttarakhand, to provide the details to the appellant. However, the information has not been provided by the concerned authorities yet.

The petition also stated that in all his election affidavits, Pokhriyal has mentioned that he had done an MA and obtained a doctorate, but there was no mention of his Class XII and BA examinations.

As such, Verma has suggested that “Shri Ramesh Pokhriyal Nishank is not even BA pass.” He went on to add that “this is worst situation ever”, since the “future of children is in [his] hands”. He wondered how such a minister would be able to handle the demands of his portfolio.

Purushottam said the reason Pokhriyal’s election petition did not contain details about his BA is because the Election Commission form specifically asks candidates to provide the details of their highest school/university education. UGC had cautioned against unrecognised doctorate

While Pokhriyal obtained his two ‘legitimate’ honorary PhDs after he became chief minister of Uttarakhand in 2009, he had earlier flaunted his ‘PhD’ from Sri Lanka.

In his letter to the president, Verma enclosed a document, “Section 20 MISCELLANEOUS (Copies of CSIR letters/OMs)”, which under point 7 refer to a November 1998 letter in which all heads of national laboratories and institutions were told under the subject matter about “D.Sc. Degree awarded by Open International University for Complementary Medicines, Colombo- No recognition should be given to the Degree/Diploma or any other academic distinction conferred by this university.”

It also cited that the University Grants Commission had expressed its gratitude “for bringing to its notice about the award of Ph.D. and D.Sc. degrees by the Open International University for Complementary Medicines, Colombo, Sri Lanka.”

The Commission said it “also received a letter from the Vice-Chairman, the Bar Council of Gujarat informing us on the above subject. In support of this, he has also enclosed a letter No. UGC/L/81 dt. 9.2.1998 from the Chairman, UGC, Sri Lanka, stating that the Open International University for Complementary Medicines has not been established or recognized as a Higher Educational Institution/Institute, under the Universities Act. No. 16 of 1978 as amended. Therefore, any such Degree or other academic distinction issued by this institution is not valid in law in Sri Lanka.”

The petition said the Commission also said it was “issuing a circular to all the Universities/Deemed to be Universities/Institutes of National Importance/IITs asking them not to give any recognition to the Degree/Diploma or any other academic distinction conferred by The Open International University for Complementary Medicines, Sri Lanka.”

What the CIC said

The issue of Pokhriyal’s degree had come before central information commissioner M. Sridhar Acharyulu. In his order on December 14, 2016, Acharyulu recorded that the appellant, Rajesh Madhukant, sought information about the MA degree, enrolment number and related copies of documents of Pokhriyal, who was then a member of the Lok Sabha. The former chief minister of Uttarakhand had claimed to have pursued an MA at the Hemwati Nandan Bahuguna Garhwal University, Srinagar, Uttarakhand.

Acharyulu noted that the CPIO reply and the first appellant authority order, both dated August 16, 2014, stated that it is third-party information and cannot be furnished.

Thus the Commission found “no basis for considering the education qualification related information as personal to the particular candidate” and directed the university to “provide complete information about the MA degree” of Pokhriyal “as available” with it.

The Wire had sent a query to Pokhriyal before publishing the article in which he was asked to respond to the allegations levelled by Verma in his petition to the President of India. The questions posed to the Union Minister were:

What is your educational qualification?
From where and when did you do your Class 12, BA, MA and doctorate?
Were you aware at the time of taking oath as Cabinet Minister that the doctorate you claim to hold is not even recognised in the country of its origin?
Have you answered all or any of these questions to any of the authorities in the past?”

In response, IAS officer and private secretary to the Union Minister, Basava Purushottam, sent a detailed note which said

“1) The Hon’ble Minister was conferred Doctorate ( Honoris Causa) from Graphic Era University (Deemed to be University).

2) He was also conferred Doctorate (Honoris Causa) upon him by Uttarakhand Sanskrit Vishwavidyalaya.

3) The HRD Minister was awarded Masters in Arts degree from HNB Garhwal University, Srinagar in 1986

4) The HRD Minister is a writer of international repute (with more than 60 books) and more than half dozen students were awarded Ph.Ds based on research on books including in Garhwal University (4 Research thesis), Kumaon University and Kurukshetra University among others.

5) The petitioner named Maneesh Verma is deliberately targeting and maligning the image of the Hon’ble HRD Minister. More than 18 cases are pending against the petitioner under IPC 419, 420, 460,467,468,471, 472, 406, 504,506 on allegations of serious crimes like riots, acts of violence, abusing, cheat, disputed property case, etc. Out of these, the Court has acknowledged seven serious cases. This information has been furnished by him in his nomination form for election. Also, he is reported to have been involved in tax evasion of crores of rupees. He also contested recent Lok Sabha elections against Hon’ble Minister.”

Purushottam termed the petition “misleading” and stated that it “will create unnecessary confusion”.

Incidentally, Acharyulu had also ordered on December 21, 2016, the inspection of Delhi University’s 1978 BA degree records – the year in which Modi claimed to have graduated.

Hearing the RTI application by one Neeraj, Acharyulu had overturned the DU central public information officer’s (CPIO) decision to deny the sought information. The university then contended that disclosure of its 1978 university records would invade the privacy of students and that the information “has no relationship to any public activity or interest”.

However, the Delhi University later secured a stay from the Delhi high court in the matter and two and a half years later, the matter still awaits closure. 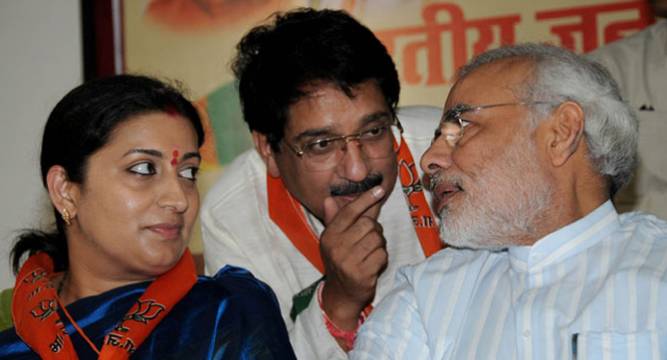 Was divested of HRD charge following order in Irani case

In January 2017, Acharyulu had also directed the CBSE to allow inspection of then Union HRD minister Smriti Irani’s Class X and Class XII records. At the core of the issue was the discrepancy in the various affidavits she submitted at the time of filing candidature for elections.

In a 2004 affidavit submitted while filing her nomination from Chandni Chowk in Delhi, she had claimed that she did her BA in 1996 from Delhi University (School of Correspondence). Later, in her 2011, 2014 and 2019 affidavits she stated that she had only done her “Bachelor of Commerce Part – 1 (Three year degree course not completed)”.

However, Irani’s 2004 submission continued to raise questions as it differed from the later ones on three counts. First, that she had completed her degree. Second, she did so in 1996. And third, that her subject was arts.

The fact that Acharyulu was also divested of the HRD portfolio following his order in Irani’s case had raised many eyebrows. It showed the high-cost people can be made to pay for passing orders that proved embarrassing to the Modi government.

Note: This story has been updated with the HRD minister’s response