The Centre and the Army have refrained from commenting on the death of subedar Nyima Tenzin of the Special Frontier Force until now. Madhav's presence at the funeral is being seen as a message to China. 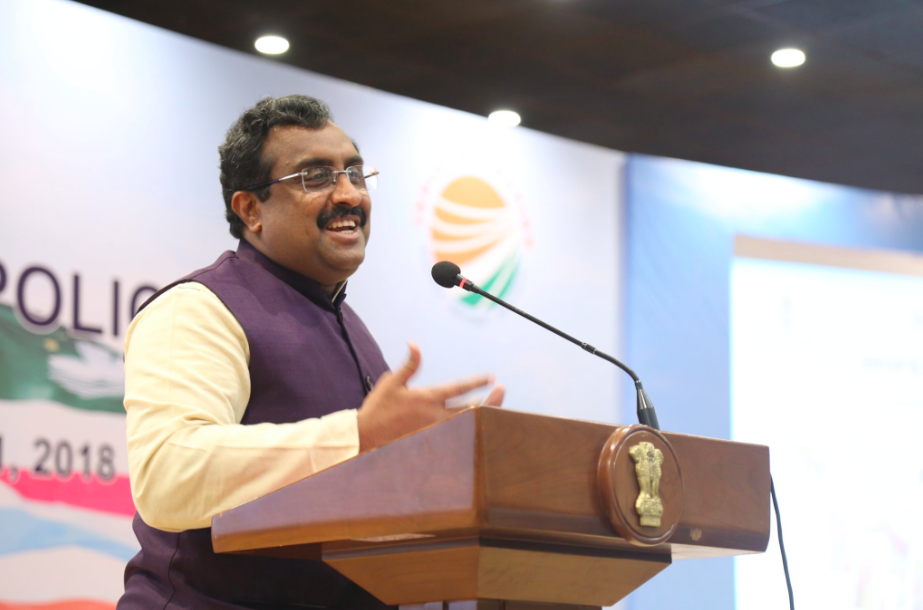 New Delhi: Even as India and China continue to trade barbs over border clashes in Ladakh, BJP general secretary Ram Madhav attended the funeral ceremony of subedar Nyima Tenzin of the Special Frontier Force (SFF) – which comprises mostly of Tibetans in India – on Monday.

Madhav, who was among the delegates who came to pay their tributes at Nyima’s funeral, told the Indian Express, “Let the sacrifices of such valiant soldiers bring peace along the Indo-Tibetan border. That will be the real tribute to all these martyrs.” 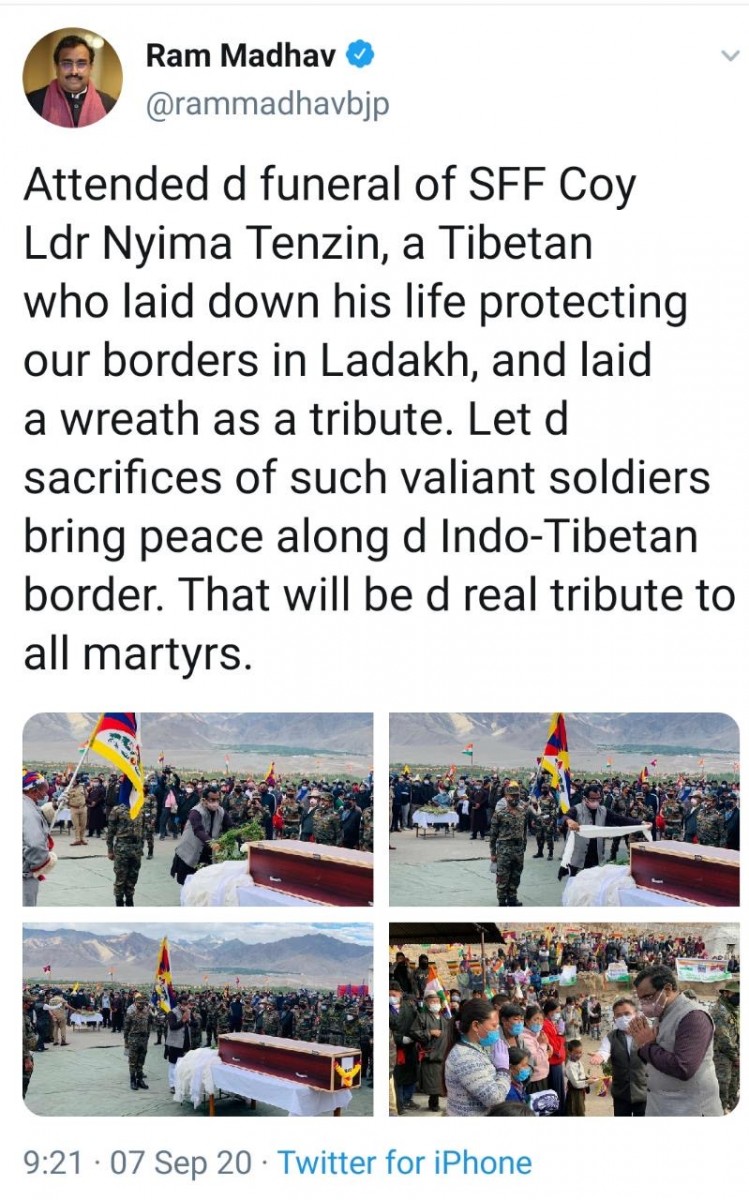 Ram Madhav’s tweet about his presence at the funeral of the SSF jawan, now deleted.

In what was perhaps intended to whip up nationalist sentiments in the domestic political arena, Madhav shared pictures of the funeral in a tweet but deleted it later. His presence at the ceremony, nonetheless, was seen as a message to China, days after a renewed flare-up between the two countries in the last week of August. Both the countries accused each other’s armies of initiating gratuitous firing in the Ladakh region.

Alongside, a fresh dispute between the two countries also emerged, with some ruling party BJP leaders accusing the Chinese army of abducting five Indian soldiers from the Arunachal Pradesh border. On Tuesday evening, Union minister Kiren Rijiju said that the PLA confirmed it had ‘found’ the missing men on their side.

Madhav’s presence at the funeral assumes significance in this larger political context. According to the Indian army, Nyima, a member of the covert SFF comprising mainly Tibetans in India, died on August 30 when he accidentally stepped on a vintage mine near the south bank of Pangong Tso in Ladakh.

“This was around the time Indian forces were occupying strategic heights in areas of the Chushul sector to turn the tables on the Chinese – the PLA has been reluctant to complete the disengagement of troops along the Line of Actual Control (LAC),” the Indian Express reported.

The Union government or the Army has refrained from commenting on Nyima’s death until now. One of the reasons for the silence, experts believe, is that both the countries have shown interest in continued diplomatic and military negotiations.

“Last week, Indian and Chinese defence ministers had a face-to-face meeting in Russia to discuss the border tensions, but there doesn’t seem to have been a breakthrough. The two foreign ministers are also expected to meet on the sidelines of the Shanghai Cooperation Organisation forum on September 10,” The Wire had reported earlier.

In a series of tweets, the Union defence ministry on Saturday showed a similar interest in negotiations. “The two sides should continue their discussions, including through diplomatic and military channels, to ensure complete disengagement and de-escalation and full restoration of peace and tranquillity along the LAC (Line of Actual Control) at the earliest,” the ministry said, hours after the defence ministers of both the countries – Rajnath Singh and Wei Fenghi – met in Moscow, Russia.

Against this backdrop, the presence of Madhav may provoke the Chinese, given that Tibetans like Nyima comprise a major chunk of the Vikas regiments of the SFF, which was created during the 1962 war with China. Although the SFF, which is usually tasked with classified missions, functions under the operational control of the Indian Army, its official supervisory body is the Cabinet secretariat. The SFF, which consists of trained high-altitude warriors, owes its allegiance to the Dalai Lama, the flag of Tibet and the flag of India.

Retired SFF havildar Yeshi Tenzin told the Indian Express that his 24-year-old son and SFF member Londen Tenzin was also injured when in the mine explosion that killed Nyima. He added that Londen was given medical assistance and was moved to Leh’s military hospital.

He said that Londen was on a reconnaissance mission on August 29, and had gone to the south bank of Pangong Tso with Nyima a day later, when the explosion occurred.