Attack on AAP Leader Shows That BJP Will Embrace Dalits, but Only as a Cog in the Hindutva Wheel

The BJP's campaign against Rajendra Pal Gautam for being part of a Buddhist conversion programme is nothing less than a frontal attack on Dr B.R. Ambedkar, his life and his values. 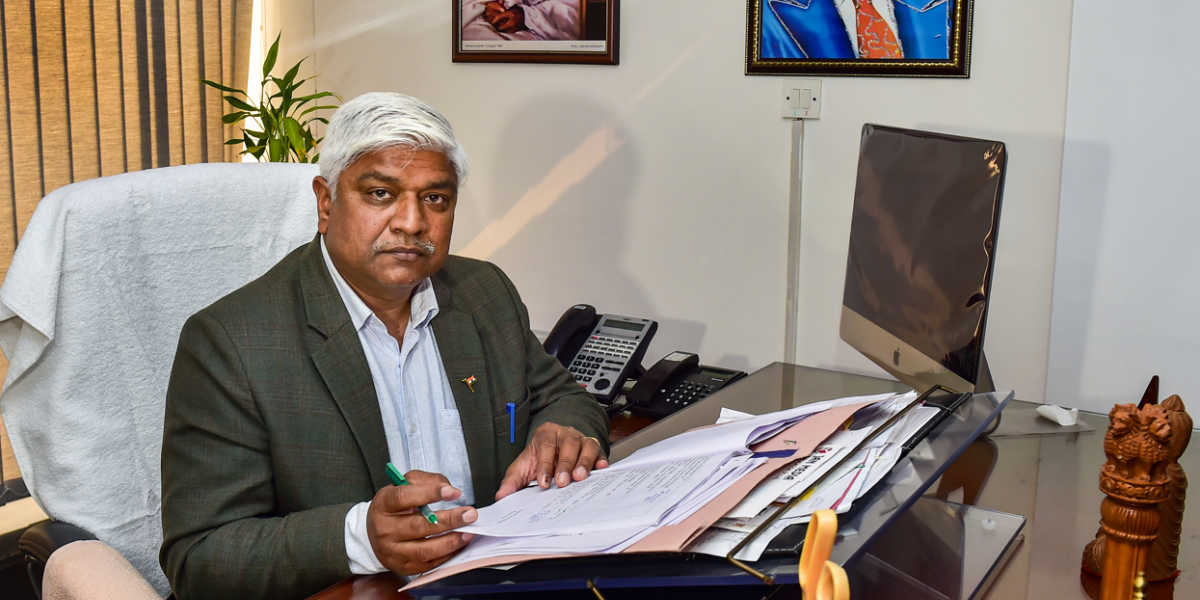 New Delhi: That a majority of political parties, especially in north India, have willingly ceded space to Hindutva can’t be better understood than the recent episode in which a Delhi government minister from the Dalit community had to step down from his position.

Rajendra Pal Gautam, a trained advocate and a two-time Aam Aadmi Party (AAP) MLA from Seemapuri in north-east Delhi, swore by his Ambedkarite credentials. His public life as a leader from the Dalit community has been the highlight of his political career. As the founder of the organisation “Mission Jai Bhim”, Gautam has been instrumental in making education and vocational training accessible to scores of children from Dalit communities. He has also been involved in de-addiction programmes for youth from poor backgrounds. His stature among Dalits and anti-caste groups earned him multiple ministries in the Arvind Kejriwal cabinet since 2017.

All of that came to naught when he was forced to resign from the cabinet for jointly organising an event with the Buddhist Society of India on October 5, 2022. Around 10,000 Dalits espoused Buddhism on the day and pledged to free India from casteism and untouchability. AAP buckled under the pressure of the Bharatiya Janata Party (BJP)’s shrill campaign against Gautam’s presence on the stage when Dalits were administered those 22 vows that Dr B.R. Ambedkar wrote for his followers who want to embrace Buddhism. 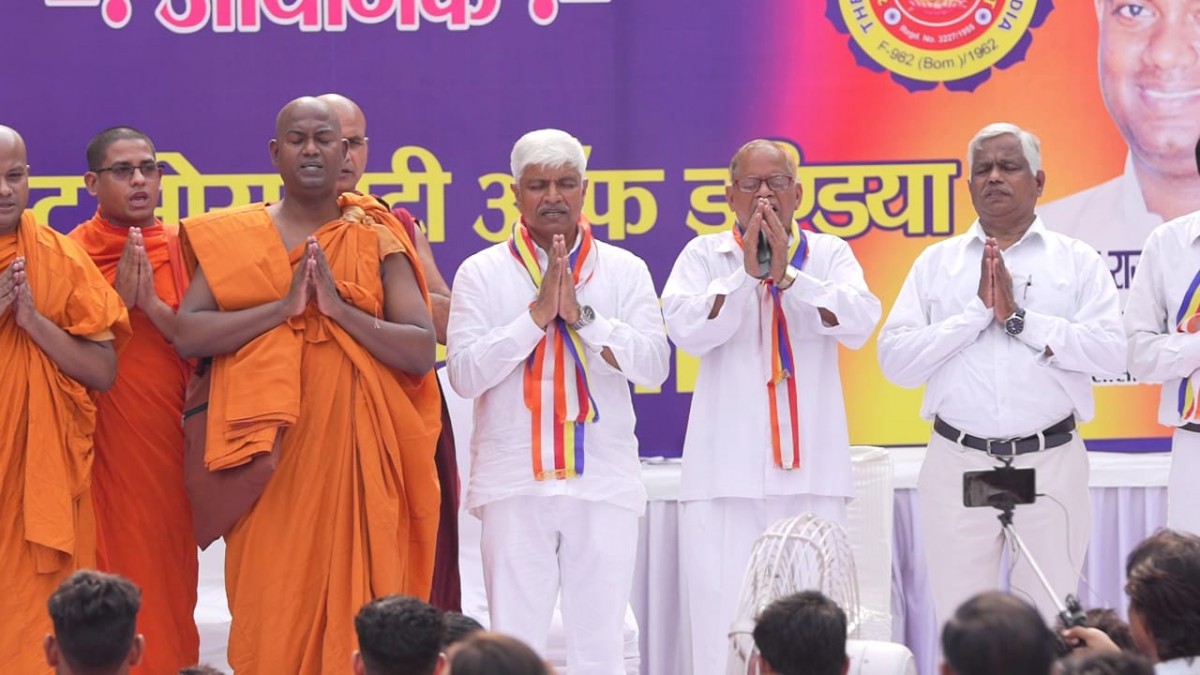 AAP leader Rajendra Pal Gautam at the religious conversion event by the Buddhist Society of India in Delhi on Saturday, October 8. Photo: Twitter/@AdvRajendraPal.

Among the vows that neo-Buddhists take to chart the path of Buddhist Dhamma is one to disown Hindu deities. Ambedkar himself had coined these vows when he oversaw the conversion of over six lakh followers to Buddhism on October 14, 1956 at the famous Deekshabhoomi in Nagpur. The vows were a reflection of his lifelong protest against exploitative caste discrimination in Hindu society, where Dalits were placed at the lowest rung of the social ladder. For him, the Hindu deities represented the Brahmanical hegemony in the ritualistic practices of Hinduism, as seen in a vow that says “I shall not allow any ceremonies to be performed by Brahmins”.

But more than that, boycotting Hindu deities was an act of resistance against both orthodox Brahmins and upper caste status quoists who enabled discriminatory practices in the Hindu faith. Leaving the fold of Hinduism and embracing Buddhism wasn’t so much a religious act as it was a way to claim dignity and equality for Dalits.

In that vein, Ambedkar’s vows showed Dalits a way forward. Along with disowning Hindu deities,  neo-Buddhists also have to pledge the following.

I shall believe in the equality of man;
I shall endeavour to establish equality.
I shall have compassion and loving kindness for all living beings and protect them.
I shall not steal.
I shall not tell lies.
I shall not commit carnal sins.
I shall not take intoxicants like liquor, drugs etc.

Since 1956, scores of Dalits across India have embraced Buddhism in similar ceremonies, among whom many of them are also in the BJP. In fact, most Ambedkarite parties with which the BJP has had an alliance have neo-Buddhists in the majority. Many organisations representing Dalits have depended on such conversion ceremonies to establish and advance themselves politically in various states of India.

Against such a historical backdrop, the BJP’s campaign against Gautam is nothing less than a frontal attack on Ambedkar, his life and his values. The saffron party has launched several campaigns against religious conversions, notwithstanding that voluntary conversion is not illegal. However, the BJP and the larger Sangh parivar have turned their campaigns into a political weapon to target Muslims and Christians in India. Until now, it had largely remained silent on Buddhist conversion ceremonies – knowing fully well that such conversions have a memory of resistance among Dalit communities that it has been trying to win over across India. 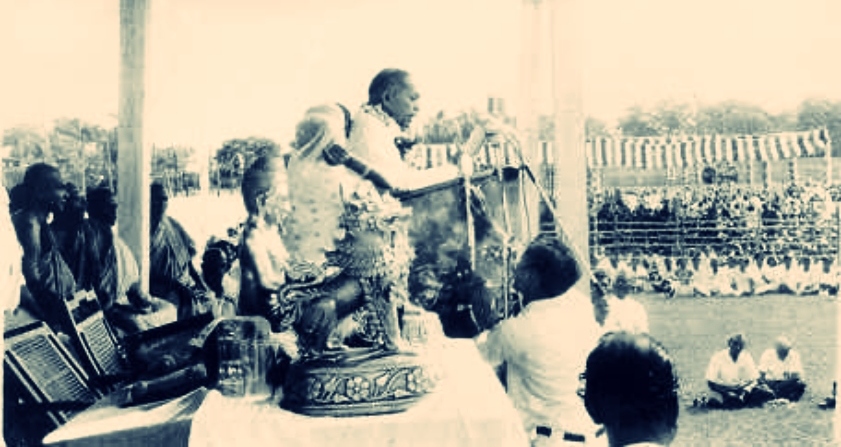 The attack on Gautam, however, marks a change. Despite making concerted overtures towards Dalit communities and taking care to represent leaders from these groups in various positions ever since Narendra Modi came to power in 2014, singling out Gautam as a target may not be a well-thought-out experiment.

After all, the Republican Party of India’s chief Ramdas Athawale, also a neo-Buddhist who would have pledged the same vows, is a Union minister in Modi’s cabinet. Moreover, the BJP has also been on overdrive to celebrate Ambedkar and his life, in the process cleverly burying his ideals that challenged the very crux of the Hindu order: caste. There hasn’t been a moment when the prime minister and senior BJP leaders haven’t appropriately invoked Ambedkar in functions, public meetings, social media and elsewhere as part of its outreach towards Dalits.

But given its history of opposing conversions, such a move only appears to be instinctive for the BJP. The upcoming assembly elections in Gujarat, where AAP has mounted an energetic challenge to the saffron party made such an attack on Gautam even more timely. Modi’s home state has been an experimental ground for Hindutva for the last three decades. The assumption is that an attack on the fledgling AAP on the ground that one of its leaders advocated religious conversions and heaped insults on Hindu deities could help consolidate the electorate in favour of the BJP. Perhaps it is not off the mark. But what is conspicuous is that such a below-the-belt targeting of an opposition party has come at a time when the prime minister has been on a spree to inaugurate industrial projects in his election-bound state.

While the Modi-led BJP has strived hard to portray itself as a development-oriented party, it has never really relied on it for electoral gains. Elections after elections, the saffron party has directly or indirectly depended on Hindutva and its potential to polarise the electorate along religious lines. The attack on Gautam and the subsequent police action, preceded by the circulation of Kejriwal’s posters with a skull cap, has Hindutva written all over it.

The AAP’s response to the episode can only be likened to genuflection. By forcing Gautam to resign, it has helped propagate the idea that Hindutva is the dominating ideology in the country currently. AAP has also shown that nothing that it claims as its own – be it its attempts to reform the education and health sector or the ideal of corruption-free governance – is enough to sideline it. Kejriwal, quite unlike his personality, has only advanced the very cynicism in Indian politics that he set out to discard. Congress and other parties of north India have increasingly become shy of confronting Hindutva head-on. AAP is well ahead of other opposition parties on that front but the latest episode reaffirms that trajectory yet again.

The reluctance of opposition parties to battle Hindutva gives the BJP a decisive edge in the current context, as the saffron ideology is equated with an idea of social transformation among a great majority of Hindus. Other parties have attempted to pivot such a social agenda by deflecting attention towards the economic concerns of people but haven’t advanced any social alternative to Hindutva with passion, something that reflects both the poor imagination of opposition parties and meek surrender to the notion that people aren’t ready to accept any new political agenda.

Such a weak response has not only made Hindutva the default electoral strategy of north India but also strengthened it further. Dalits constitute only 7% of Gujarat’s population and are influential in only around 15 of the 182 assembly seats in the state. The saffron party’s attack on Gautam at this moment is a risk that may not eventually cause much damage in the upcoming elections. However, it has also indicated clearly that consolidating the Hindus of the state is the only game that it is sure of – and that it can embrace Dalits so long as they remain an integral part of its larger goal of a Hindu rashtra, even if that may mean perpetuating the caste order.