The Pragmatism Behind Raj Thackeray's Criticism of Modi and BJP

Thackeray's move away from the BJP and seemingly side with the Congress-NCP alliance is motivated by the realisation that this is possibly a final chance to revive the party. 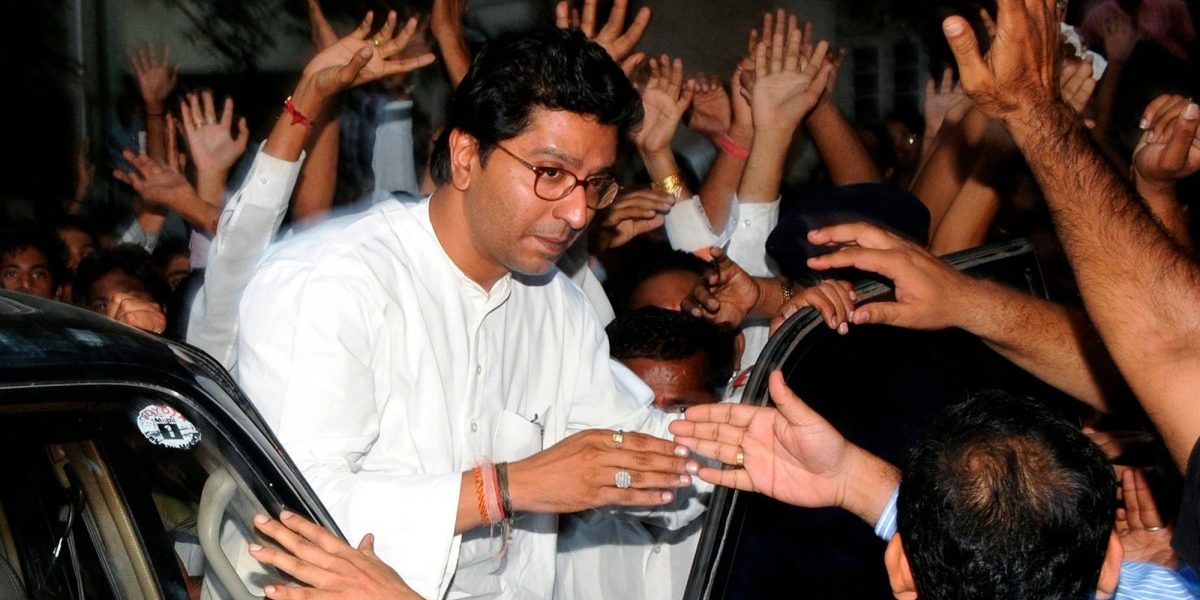 Mumbai: The sight of Raj Thackeray attacking Narendra Modi at a rally by comparing him to Hitler would have been unthinkable five years ago. As far back as 2011, Thackeray was praising Modi’s government in Gujarat. He was a guest at Modi’s swearing in as the chief minister in 2012. During the 2014 election campaign, he backed Modi’s prime ministerial ambitions and mocked Rahul Gandhi.

And yet, here he was on the auspicious day of Gudi Padwa, the Maharashtrian new year, saying he was not against the idea of Rahul Gandhi becoming the prime minister. What is more, his speech was not just the template mixture of mimicry and mockery, but a presentation with video replays of Modi’s pre-2014 promises.

Political flip-flops are not unusual, but this one is somewhat of a surprise, given Thackeray’s antipathy towards the Congress. Even if the Congress, once the dominant force in Maharashtra and in Mumbai, has seen its influence wane in recent years, it still commands a following. Thackeray’s Maharashtra Navnirman Sena (MNS) would ordinarily be more aligned towards the BJP. Additionally, given how he was a great supporter of Modi, he could have easily thrown his lot with the party, even if he did not contest any seat.

The MNS was formed in 2006. It was off to a blistering start in 2009, when it won a hefty 13 seats in the state elections. In 2012, 27 of its candidates made it to the Mumbai Municipal Corporation. Since then, it has floundered. Raj Thackeray has very few alternatives left if he has to remain relevant, or even survive. The decision to move away from the BJP and seemingly side with the Congress-NCP alliance is motivated by the realisation that this is possibly a final chance to revive the party.

The Sharad Pawar-led NCP wanted to bring in the MNS as a partner, but the Congress would have none of it. The current arrangement – where Thackeray campaigns in a few select constituencies in Mumbai – is a compromise.

Thackeray has his eye on the state elections later this year and more importantly, on the civic elections in the city in 2022. He will need help from the Congress and the NCP then. It could be seat adjustments or something less formal, but unless the bigger parties cooperate, Thackeray and his party stare at a very bleak future.

After his early successes, things have been going downhill for Thackeray, who held out the promise of emerging as a strong and popular leader in the state. That he had better public speaking skills, charisma and rebelliousnesses than his cousin Uddhav Thackeray won him many young supporters who saw him as a more suitable heir to his uncle Bal Thackeray. Uddhav was perceived as sedate.

Raj’s public persona was modelled on his uncle and so was his early politics – a bellicose approach towards core Shiv Sena issues such as being against ‘outsiders’, which stood for the much reviled North Indians. A few attacks against helpless migrants from UP and Bihar, working in Mumbai as taxi drivers and hawkers, followed. Some Sena activists, nostalgic for the early days of the party, gravitated towards him. Voters backed him, hoping that he would fight for the Marathi cause.

But three things went off-script. Uddhav Thackeray began consolidating his hold over the Shiv Sena and ensured that revolt was kept to a minimum. He also toned down the party and concentrated on building it. Raj Thackeray’s early promise amounted to little by way of concrete plans for organisational growth – indeed, early gains were frittered away and in municipal corporations in Nashik, Kalyan-Dombivali and Pune, where the MNS had performed very well in 2012, it was reduced to negligible numbers five years later. His sole MLA in the state assembly resigned in 2018. Raj Thackeray just couldn’t get his act together.

The biggest body blow came from the BJP. With the Shiv Sena’s belligerent attitude towards the BJP, Raj Thackeray warmed up to Modi, but Uddhav Thackeray had the bigger numbers in both the parliament and in the state assembly. The BJP needed those more and it refused to react to Uddhav Thackeray’s constant jibes. It kept him within the fold, fully aware that without the Shiv Sena, the state government wouldn’t last long.

Uddhav Thackeray knows that the BJP is using him, but it works for his party too. After a long stretch of will-they-won’t-they courtship, the two parties joined hands to fight the Lok Sabha elections together, leaving no space for Raj Thackeray; he had no options but to seek another home. The Congress-NCP grouping is not really a home, but a convenient perch for the moment. It allows him to stay in the game, provided that the bigger parties accommodate him in the future. For the Congress-NCP, Raj Thackeray can add to the votes of their candidates, especially in Mumbai, where the two parties are languishing without an MP. Raj Thackeray still enjoys pockets of support and could pull in some voters who are confused and disgruntled about Uddhav Thackeray’s constant somersaults vis a vis the BJP, sharply criticising Narendra Modi one day and then hugging Amit Shah the next.

For Thackeray to be taken seriously, he has to first prove his utility to the Congress-NCP. If the coalition wins a couple of seats in Mumbai, and gets votes in areas where Marathi speakers dominate, it will show that he has not completely lost his influence. He could then build from there, with the backing of the bigger parties. The alternative could be oblivion.

Mumbai has place for one nativist party – the Shiv Sena itself is fighting a battle to ward off the threat from the BJP, which is receiving the of Marathi speaking middle classes, especially the young, who see no value in the Sena’s constant harping on identity issues. Hindutva, BJP-style, scores over the Marathi identity, especially since the BJP is trying to appropriate Shivaji and other symbols of Maharashtra.

The Sena won’t disappear, but it will have to fight for its turf; this will leave very little space for the MNS. It needs to cook up a strategy that will appeal to the younger and future voters of the city and the state.