Rahul, Priyanka To Head To Hathras Again on Saturday To Meet Victim's Family

On Thursday, Rahul Gandhi, Priyanka Gandhi along with several party leaders and workers were detained by the police and sent back to Delhi, after they tried to reach Hathras to meet the family of the Dalit woman. 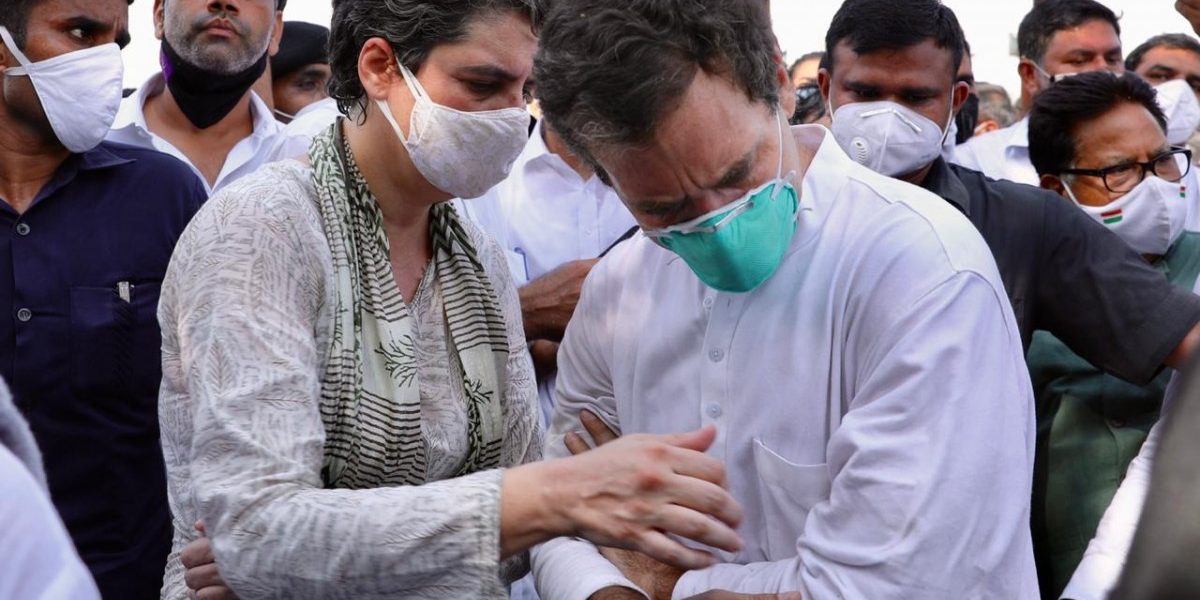 New Delhi: A delegation of Congress MPs led by former party chief Rahul Gandhi will go to Hathras Saturday afternoon to meet the family of the 19-year-old woman who died after she was assaulted and allegedly gang-raped, a senior party leader said.

Congress general secretary Priyanka Gandhi Vadra will also be part of the delegation that will meet the family to hear their grievances and demand justice for them, sources said.

On Thursday, Rahul Gandhi, Priyanka Gandhi along with several party leaders and workers were detained by the police and sent back to Delhi, after they tried to reach Hathras to meet the family of the Dalit woman.

In a tweet in Hindi using the hashtag ‘Hathrashorror’, Rahul Gandhi said the behaviour of the UP government and police with the woman and her family “is unacceptable to me. No Indian should accept this.”

Hitting out at the Yogi Adityanath dispensation, Priyanka Gandhi said the UP government is “morally corrupt”.

“The victim did not get treatment, her complaint was not registered on time, her body was forcibly cremated, the family is in captivity, they are being suppressed – now they are being threatened that they will have to undergo a narco test,” she said in a tweet in Hindi.

“This behaviour is not acceptable to the country. Stop threatening the victim’s family,” she said.

The party alleged that the woman and her family have been denied justice and “severely traumatised” by the BJP government in their attempt to hide the truth of the heinous crime perpetrated on her.

The Dalit woman was allegedly raped at a village in Hathras by four men on September 14, 2020. After her condition deteriorated, she was referred to the Delhi’s Safdarjung Hospital where she breathed her last on Tuesday.

She was cremated in the early hours of Wednesday, with her family alleging the local police forced them to conduct the last rites in the dead of the night.

Local police officers, however, had said the cremation was carried out “as per the wishes of the family”.

The UP government also said on Friday that no politicians or mediapersons would be allowed to enter the village of the woman until the Special Investigation Team (SIT) completes its probe into the matter.