Five crore families and 25 crore people will directly benefit from the scheme, the Congress president said. 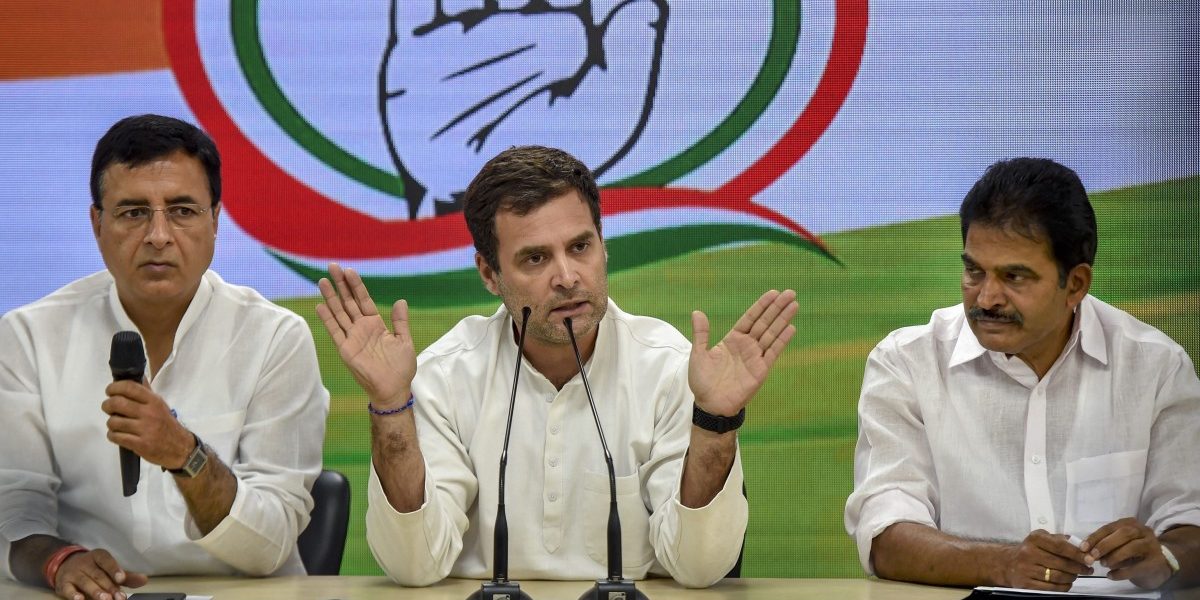 New Delhi: In a big poll promise that he described as a “groundbreaking” measure to end poverty, Congress chief Rahul Gandhi Monday said 20% families in the ‘poorest of the poor’ category will be given Rs 72,000 each annually as a minimum income.

Making the announcement at a press conference here, Gandhi said, “The time for change has come”. Five crore families and 25 crore people will directly benefit from the scheme, he claimed, terming it is a “final assault” to eradicate poverty in the country.

“The final assault on poverty has begun. We will wipe out poverty from the country,” he said.

“I promise that there will be justice for the poor. The Congress guarantees that 20% families belonging to poorest of the poor category in India will be given Rs 72,000 each annually,” he said.

The Congress chief termed it a “historic day”, saying the Congress had launched its final assault on poverty on the day.

Today is a historic day..

It is on this day that the Congress party launched its final assault on poverty.

5 Crore of the poorest families in India, will receive Rs. 72,000 Per Year#NyayForIndia is our dream & our pledge.

The time for change has come.

Gandhi made the scheme public soon after discussing it at the meeting of the Congress Working Committee, which had met at the AICC headquarters to discuss and give final shape to the party’s manifesto.

The Congress chief said the party has studied the fiscal implications of the scheme and has consulted renowned economists and experts before finalising it.

“This is a historic scheme which has not happened anywhere in the world. It is an extremely powerful, ground-breaking and well-thought through idea. We have consulted many economists on the scheme,” he said.

Also read: From Visionary to Chowkidar – Political Messaging Then and Now

“It will be a fiscally prudent scheme,” he said, adding that if voted to power the Congress will identify such families who lived below the poverty mark.

Gandhi said the scheme is part of the party’s plan to ensure minimum income guarantee to every person in the country.

Accusing Prime Minister Narendra Modi of giving money to the rich and not the poor, Gandhi alleged that poor people have suffered in the last five years and “we are going to provide justice to them”.

“If Narendra Modi can give money to the rich people in the country, then Congress can give the poor this money,” he said.

“Narendra Modi is creating two Indias in the country and we will not allow two Indias and will be only one India. There will be no two Indias,” he said.

“The Congress guarantees that 20% families belonging to the poorest category in India will be given Rs 72,000 each annually in their bank accounts. Remember that in Madhya Pradesh, Chhattisgarh and Rajasthan, I had promised that in ten days farmers will be given a loan waiver. I am promising you today that justice will be done. The scheme will be on a phase basis. First, a pilot project will be run then the scheme will run,” he said.

Gandhi claimed that every day citizens’ money is being taken. “We will show you what is happening. We have been studying this for the last four-five months”.