Can Rahul Gandhi's Presidency Save the Grand Old Party?

Decrying the Modi government's policies is not enough. Rahul Gandhi must also build an alternative development agenda and revamp his role as a leader along with Congress party structures. 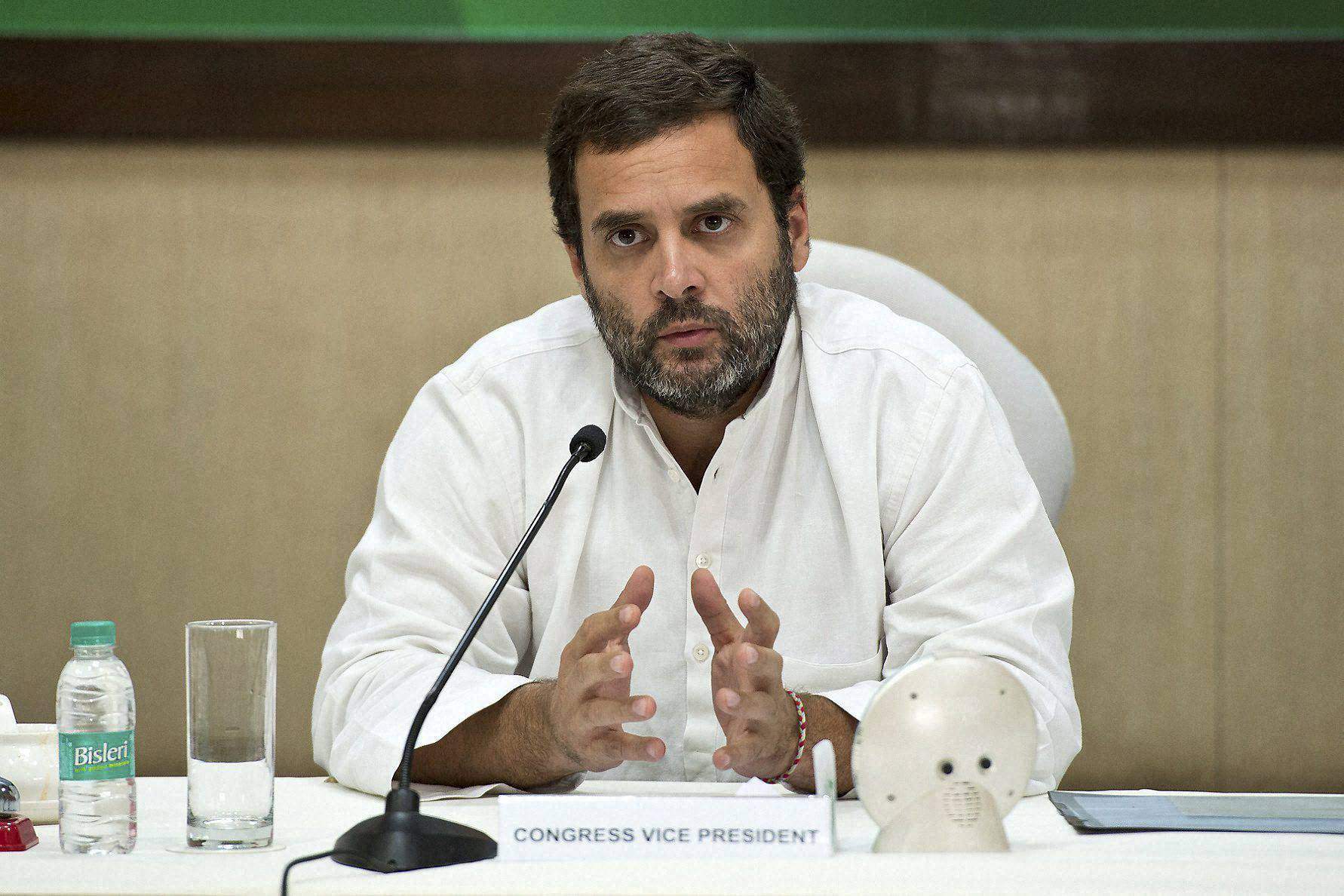 The prolonged suspense (actually, no suspense) will finally end as Rahul Gandhi is set to take over the office of the president of the Congress party on December 19. His election will formalise his de facto position as the leader of India’s largest opposition party. However, the timing of his elevation is significant. He will take on the responsibility just after the counting of votes in Gujarat, which is a signal that he is ready for the long haul regardless of victory or defeat.

It is too early to say whether a Rahul presidency will make a difference to the party which suffered its worst defeat in the 2014 elections, reduced to a historic low of 44 seats in the Lok Sabha, followed by successive defeats in the state elections which confirmed the existential crisis facing the party. The present crisis is far worse than anything the Congress has confronted in its 132-year history. Rahul faces a difficult situation which is actually more difficult than what Sonia Gandhi faced when she took over as the president of the Indian National Congress in 1998.

In the short run, nothing much will change except that it will bring to an end the two power centres within the Congress which has created more factionalism than what already exists in its ranks. Also, his elevation will give him the opportunity to shrug off the label of the reluctant politician detached from power. As the transition to his presidency begins, he has two major challenges, one of personal leadership makeover and the other of revamping the party structures in order to make it a significant political voice.

For a start, he will have to contend with the strong disapproval surrounding the question of dynasty itself. In New India, which has become a catchword since Narendra Modi came to power, a reliance on dynasty doesn’t work anymore, power is not an entitlement, it has to be won and wrested from others. Sure enough, Modi’s acerbic jibes about the ‘Shehzada’ (prince) generate a fair amount of traction in a country where people are increasingly becoming impatient with inherited privilege and dynasty.

However, for the Congress, the inevitable succession from mother to son is related to the nature of the party which was transformed by Indira Gandhi into a centralised and personalised institution in the early 1970s. The party can’t do without the family as no one but a member of the Nehru-Gandhi family can hold its potentially fractious elements together. Even so, dynastic entitlement is deeply troubling. Drawing undue advantage because of one’s lineage is completely out of place in a democracy. It’s doubly problematic because the significance of the family was principally connected to its electoral success. But lately, the dynasty has not delivered. This has, however, not lessened its influence or the dependence of the party on the family.

Rahul was right in saying that he was not the only politician to fall in that category, most political parties in India are family centred, and so is cinema and business and numerous other professions, but that does not make the dynastic principle any more acceptable, even less so when the leader fails to win elections. What diminishes the party even further is that there are no challengers to his leadership and no one is likely to contest against him. This again is true of most political parties but that is a story for another occasion.

His biggest challenge is rebuilding the Congress organisation which is almost non-existent in the states. The party is a much depleted organisation in need of a complete revamp; it is bereft of a dedicated cadre of grassroots workers who can fight the formidable RSS/BJP election machine. BJP’s ‘page pramukhs’ and booth management operations are its biggest strength and the Congress has nothing remotely similar dedicated to the task of election management. 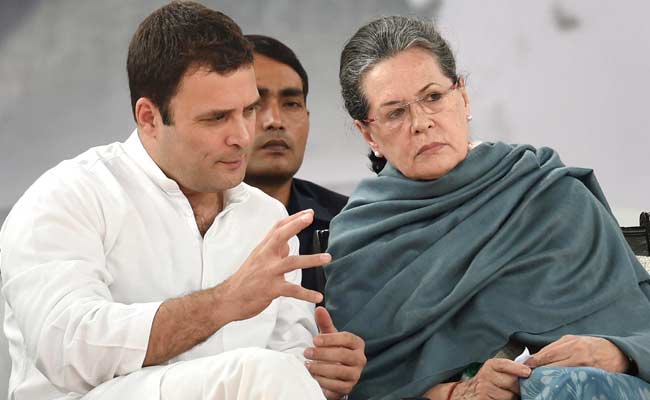 Rahul has tried to reform the party but has failed in his attempts. To his credit, he has shown greater enthusiasm for structural changes in the party apparatus than his mother who didn’t make any perceptible effort to change the party’s top-down style of functioning during the ten years of United Progressive Alliance (UPA) rule. It is the persistence of this model which is responsible for the absence of organisational democratisation and for a flourishing nomination culture which has stunted the regional and local growth of the party. It has discouraged the emergence of strong and credible leadership capable of mounting effective state-wide mobilisation in the states. So far, his experiments in democratisation have been in vain, he has not ushered in the changes that he has only spoken about. Consequently, the politics of patronage and entitlement thrives unchanged since there is no major organisational renewal to check it.

A defining characteristic of Rahul’s politics is a spirited opposition to Modi. He has spoken up against the failings of the Modi government; in fact, his sharp attacks on Modi have put the BJP on the defensive. He has successfully tapped into popular disenchantment and disapproval of the government’s big bang reforms: demonetisation and Goods and Services Tax. Also, the Congress has at long last questioned the Gujarat model of development and its presumed achievements and accomplishments. It is now clear that Modi has over-promised, and under-delivered. But a repeated account of under-delivery is not enough; an opposition party must shape it with a social and economic agenda of its own. The task is not easy. The question of the party’s thinking on critical issues and the actionable agenda remains unclear.

An alternative development agenda has to be defined by a model of job-led growth as against jobless growth. Social welfare must figure prominently in this agenda notwithstanding ‘expert’ advice to the contrary. Economic rights should form the core of the counter-narrative to the Modi model. These rights would include the right to free and adequate healthcare, the right to education through government-run neighbourhood schools and old age pensions, in addition, to the right to employment and the right to food which already exist in a limited form.

Rahul needs to steer his party away from the temptations of pedalling soft-Hindutva to counter the Hindu consolidation strategy of Modi. This is the foundation of the communal polarisation that the BJP deploys to keep the Hindu vote-bank intact at the time of elections. Also, the Congress must put greater focus on Modi’s authoritarianism and autocratic rule. The party should highlight this tendency given the existence of an undeclared Emergency in the country with regard to free speech. But the Congress cannot indulge in doublespeak, it must not give the long rope to its own chief ministers like Amarinder Singh who has publicly opposed the release of film Padmavati, for instance.

Finally, Rahul will need to forge alliances with other political parties, just like his mother, who is known for her ability to reach out to other parties and played a critical role in the formation of the UPA in 2004. His ability to work with other parties and act as a binding force for an alliance with a whole range of non-BJP parties will be tested in the run-up to the 2019 elections.