As Top Ministers Turn on Bajaj, It's Clear the Modi Government Doesn't Like Criticism

Top businessman who asked Amit Shah why his government resented criticism is now being accused of acting against the national interest. 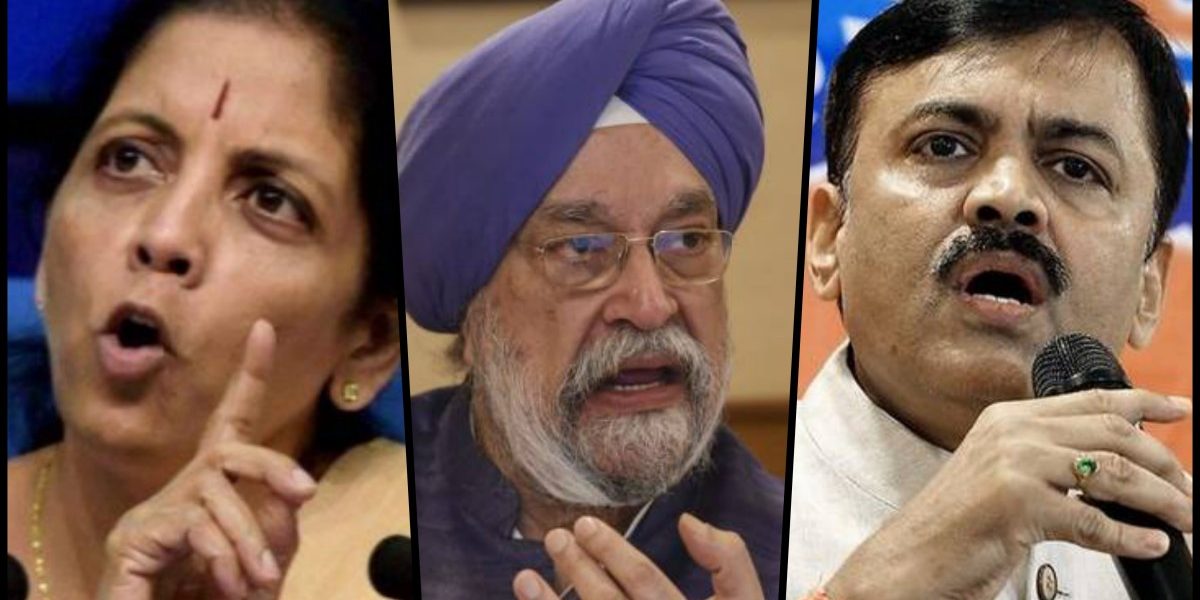 New Delhi: What happens when you ask leaders in the Narendra Modi government why they resent criticism? You get publicly hauled over the coals – and told you “hurt national interest” – by a whole army of Bharatiya Janata Party ministers and senior leaders.

So far, only one major industrialist – Kiran Mazumdar Shah of Biocon – has dared to openly echo Bajaj’s concerns – “Hope the govt reaches out to India inc for working out solutions to revive consumption n growth. So far we are all pariahs n govt does not want to hear any criticism of our economy”, she tweeted. And the reasons are not hard to fathom.

On Sunday evening, in what appeared to be a coordinated fusillade, top ministers unleashed a barrage of tweets aimed at Bajaj – scolding him for asking the questions he did. Others in the BJP resorted to more personal attacks about him and his business.

In publicly targeting Bajaj, ironically, the BJP’s leaders seem to have gone out of their way to prove the businessman’s point – that as far as the Modi government is concerned, criticism is indeed not welcome.

Bajaj accused of ‘indiscipline’, being abusive

One of the first senior leaders to jump on the bandwagon was Hardeep Singh Puri, Union minister for housing and urban affairs. The minister for urban development accused Bajaj of “indiscipline” by weaving “fake narratives” and “hurl(ing) invectives”:

It says a lot about India’s democracy, according to Puri, that the businessman could stand up in front of top ministers and express himself. But what does it say about our democracy when, instead a response, Bajaj is made the target of a social media campaign led by none other than top ministers who saw the civil, almost apologetic manner in which he raised his questions as insulting and abusive – the dictionary meaning of ‘invective’. Rather surprisingly, given his concern for “freedom of expression”, that question doesn’t seem to have struck Puri.

That Mr Rahul Bajaj could stand up to Sh @AmitShah Ji’s face, express himself freely & instigate others to join him clearly indicate that freedom of expression & democratic values are alive & flourishing in India.

This is exactly what democracy is all about. @BJP4India

Finance minister Nirmala Sitharaman suggested that concerns like Bajaj’s could “hurt national interest”. She said that just like Amit Shah responded to Bajaj, questions would always be addressed. But, she added, people should not spread their own impressions, and instead seek answers.

Home Minister @AmitShah answers on how issues raised by Shri. Rahul Bajaj were addressed. Questions/criticisms are heard and answered/addressed. Always a better way to seek an answer than spreading one’s own impressions which, on gaining traction, can hurt national interest. https://t.co/WytSpyRyP6

Digging up dirt on Bajaj

When a BJP social media campaign arrives, can Amit Malviya be far behind? The IT cell head decided that Bajaj’s remarks don’t matter because he was “beholden to the Congress”.

If one had such fawning view of Rahul Gandhi, when he is an unmitigated disaster, then it is only natural to spin imaginary yarn and assume the worst for the current regime.

Truth be told – industrialists who flourished in the license raj will always be beholden to the Congress. pic.twitter.com/9sjSTRN9RZ

The video Malviya shared showed Bajaj praising Rahul Gandhi for one particular speech. In another tweet, he then accused the businessman of using “ministerial contacts to manipulate Scooters India”.

Did Rahul Bajaj say that he doesn’t meet Ministers?

This means, Malviya argues, that Bajaj did not need to be taken seriously.

BJP national spokesperson G.V.L. Narasimha Rao went on to call everyone who believed Bajaj’s intentions to be true, “stupid”. He then equated the businessman to “frustrated journalists in Lutyen’s Delhi”.

When an industrialist raises Pragya Thakur and Lynchings concerns to highlight intolerance, it isn’t economy on his mind stupid! He is not one of those frustrated journalists in Lutyen’s Delhi waste time on such questions.He has “other” business on mind. https://t.co/S9N8Gsokgz

He even said that Bajaj was “selling himself” for a Rajya Sabha seat, as he would now be a “darling of the “sickular” lobby”.

Anyone who abuses Modi govt becomes a darling of “sickular” lobby, opposition, Tukde Tukde gangs, Pakistan et al. One statement can draw so much support and is a certificate to run for a seat in Parliament or even run for office of Rashtrapati!! https://t.co/2FqRw1yb0v

Rahul Bajaj chooses most opportune time to join the “Intolerant Club” when a friendly “secular” government takes office in Maharashtra & a divided mandate has right numbers to get another term in Rajya Sabha. Businessmen know how to ‘sell’ themselves. https://t.co/vpQ9cHz0Ua

Piyush Goyal, Union minister of railways and commerce and industry, did not resort to a personalised attack – he simply quoted Shah as saying that Bajaj’s question proved people were not afraid. Bajaj family not always fans of the Congress

While sections of the BJP’s social media team, including Malviya, have sought to downplay Bajaj’s remarks by highlighting his family’s connections to the Congress party, the truth is that the senior industrialist has always spoken his mind frankly and that their connections with the grand old party have also been rocky.

The Bajaj family’s relationship with the Congress in fact came to an abrupt end in 1969 when Kamal Nayan Bajaj (Rahul’s father) refused to support Indira Gandhi during the party split. Swift retribution followed from the Indira’s government, which refused to give permission for the company to expand its manufacturing facilities.

“The lesson about standing up to the establishment was reinforced when my father Kamal Nayan Bajaj decided to join Congress (O) in 1969 taking a principled stance against Indira Gandhi’s policies such as the nationalisation of banks. We all knew both he and the company would incur the wrath of the Government. He offered to step down as the chairman and from the board to save the company from potential hardships,” Rahul Bajaj told Economic Times in a 2007 interview, when the UPA-I was in power.

“Then Ramakrishna Bajaj convinced him to stay on and said that if we suffer for our principles then so be it. Even during the emergency we suffered at the hands of the Government because I was its critic. Then Bajaj Auto wanted to go in for a major capacity expansion but the Industries Ministry rejected it. I was told by some of the key men in the Ministry that permission would be granted if I came out in support of the Emergency,” he added.

Later, in 1976, the Bajaj Group also incurred the wrath of Sanjay Gandhi who wanted to use ‘Viswa Yuvak Kendra’, a non-political youth training and developing centre, for political purposes. At the time, Kamal Nayan Bajaj was a director in the organisation, and he refused on the grounds that the kendra should only be used for charitable purposes.

The Congress government retaliated in May 1976, when more than 1,000 income tax officers raided nearly 114 Bajaj group establishments across the country.

According to Moneycontrol, 18 months later, Rahul Bajaj and his uncle Ramakrishna Bajaj aired their suspicions to the Shah Commission, a committee set up by the Janata government to examine the misuse of political power during the Emergency.

The Telegraph newspaper later reported that Ramkrishna Bajaj’s connections to industrialist Viren Shah, who became governor of Bengal when the NDA came to power later, had been held against the business family.