'He can’t move and think coherently, not to speak of writing,' RJD MP Manoj Jha had told the author, a day before the leader passed away. 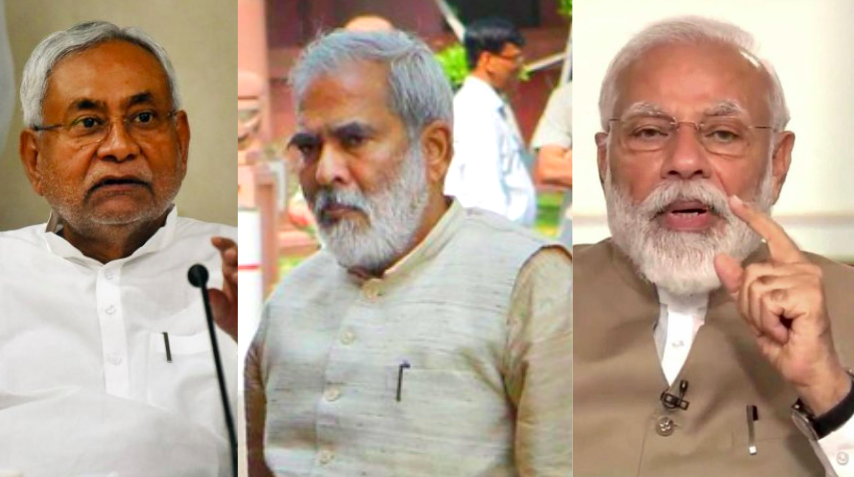 Patna: Letters purportedly written by Rashtriya Janata Dal vice-president Raghuvansh Prasad Singh, who was until a few days before his death a staunch Lalu Prasad Yadav loyalist, have thrown Bihar into a tizzy.

Written by the RJD leader before his death on September 13 at the AIIMS in Delhi, the letters have been quoted by prime minister Narendra Modi in an apparent effort to give the controversy surrounding Raghuvansh’s desire to leave RJD a new twist.

While RJD has disputed the authenticity of the letters, Bihar’s ruling Janata Dal (United)-Bharatiya Janata Party combine has interpreted one of them as Raghuvansh’s “resignation letter” from the RJD, indicating that it was a sign that the party had “neglected” the leader.

Modi, while condoling Raghuvansh’s death, called him “Raghubar”. He also said, “I will request Nitish Kumar to execute the development projects he [Raghuvansh] wrote about in the letter. Let’s together – the state and the Centre – fulfil his wishes”.

Noted sociologist and professor at the A. N. Sinha Institute of the Social Studies, Patna, D.M. Diwakar said, “Given the office he holds, the PM should have been cautious with spelling on such a sensitive occasion. He should not have mentioned the content of Raghuvansh’s letters in his condolence message. There is dispute over the letters and if at all Raghuvansh has written them then he had addressed them to the Bihar chief minister. The prime minister should have avoided this reference.”

The first letter that Raghuvansh wrote, in Hindi and by hand from the hospital on September 10, contained only two lines: “I have stood behind you (Lalu Prasad) for 32 years after Karpoori Thakur’s death; no longer. Pardon me”.

RJD supremo Lalu Prasad, undergoing treatment at the RIMS Ranchi as a prisoner, responded to Raghuvansh’s letter with his own handwritten Hindi letter, “My family and the RJD family want to you recover first and be among us. We will sit together and discuss everything. Please know that are not going anywhere.”

We will talk once you are well. You are not going anywhere: RJD leader Lalu Yadav in a letter to Raghuvansh Prasad Singh

Raghuvansh Prasad Singh had resigned from the party, earlier today and is currently admitted at All India Institute of Medical Sciences (AIIMS), Delhi. pic.twitter.com/wGu68MTsCJ

These letters are ostensibly not legally valid documents. “The letters of both Raghuvansh and Lalu are personal notes laced with emotion. They might have served as fodder to the media, but in no way could the content of Raghuvansh’s letter have been interpreted as resignation from the party,” said Yashwant Singh, a senior lawyer at the Patna high court.

Raghuvansh’s condition deteriorated after September 10 and he was shifted to the intensive care unit. Then, there came a series of letters, purportedly written by him and addressed to the Bihar CM Nitish Kumar.

One of the letters that came on September 11 – two days before his death – demanded, “Execution of MNREGS-related development projects in Vaishali [the seat Raghuvansh represented in the Lok Sabha for 18 years], hoisting of the national flag on January 26 at Vaishali and a stepping up of the campaign to bring back Gautam Buddha’s ‘begging bowl’ from the National Museum of Kabul to Vaishali – a place associated with the Buddha.”

This was what Modi apparently quoted from in his condolence message for the former Union rural development minister.

But the RJD is unconvinced. “I met Raghuvansh babu only yesterday. He is seriously ill. He can’t move and think coherently, not to speak of writing. I have serious doubts about the authenticity of the letters. Some vested interests are playing dirty politics taking advantage of our ailing guardian,” the RJD general secretary and MP, Manoj Jha, told this correspondent on September 12, a day before Raghuvansh’s demise.

Soon after his death, many JDU-BJP leaders began an offensive on the incarcerated Lalu and his family for “neglecting” and “frustrating” Raghuvansh. The JD(U) spokesman, Neeraj Kumar, said, “Raghuvansh Prasad left the primary membership of the RJD three days ahead of his death because Lalu has converted the party into his family property. Chief minister Nitish Kumar and JD(U) took care of him when he was at the ICU of the AIIMS, Delhi.”

Bihar deputy chief minister, Sushil Kumar Modi described Raghuvash as the “most honest leader, a misfit in the corrupt RJD”.

RJD leaders including Tejaswhi Yadav have accused JD(U) and BJP of doing “dirty politics” over the death of a socialist leader who “fought against communal and dictatorial forces for his whole of his life”.

At his last press conference in the RJD office about three months ago, Raghuvansh had attacked the prime minister over “falling GDP and mishandling of the COVID-19 crisis”.

Raghuvansh abhorred the RSS-BJP and was a bitter critic of Nitish Kumar.

He had also strongly opposed the induction of Nitish’s JD(U) in the RJD-Congress grand alliance of 2014-15. “It took much effort from Lalu Prasad and me to persuade him to get Nitish in the grand alliance on the plea that it would keep the BJP out of power. Reluctantly, he had agreed,” Jagdanand Singh had told this correspondent at his ancestral home at Sahuka in Kaimur district in 2016.

Even after Nitish was saddled as the chief minister, Raghuvansh issued damning statements against him. This was in spite of the fact that Lalu’s RJD which had 80 MLAs against the JD(U)’s 71, had accepted Nitish as the leader of the alliance and Lalu in a joint legislature party meeting had asked his RJD legislators to cooperate with the CM.

Lalu said, “We have tried hard to reign in Raghuvansh but I am helpless. He is a senior socialist leader and it’s hard for me to persuade him beyond a point. But Nitish should not mind Raghuvansh’s words and at the same time the small time leaders of the JD(U) should desist from speaking against Raghuvansh”.

The allegation that Raghuvansh was “peeved” at Lalu for promoting his family in the party does not hold logic given Raghuvansh’s background. Lalu, in his autobiography, authored with me has admitted how Raghuvansh was one of the leading proposers of the idea that Rabri Devi should take over as chief minister in the wake of Lalu going to jail in the fodder scam cases in 1997. 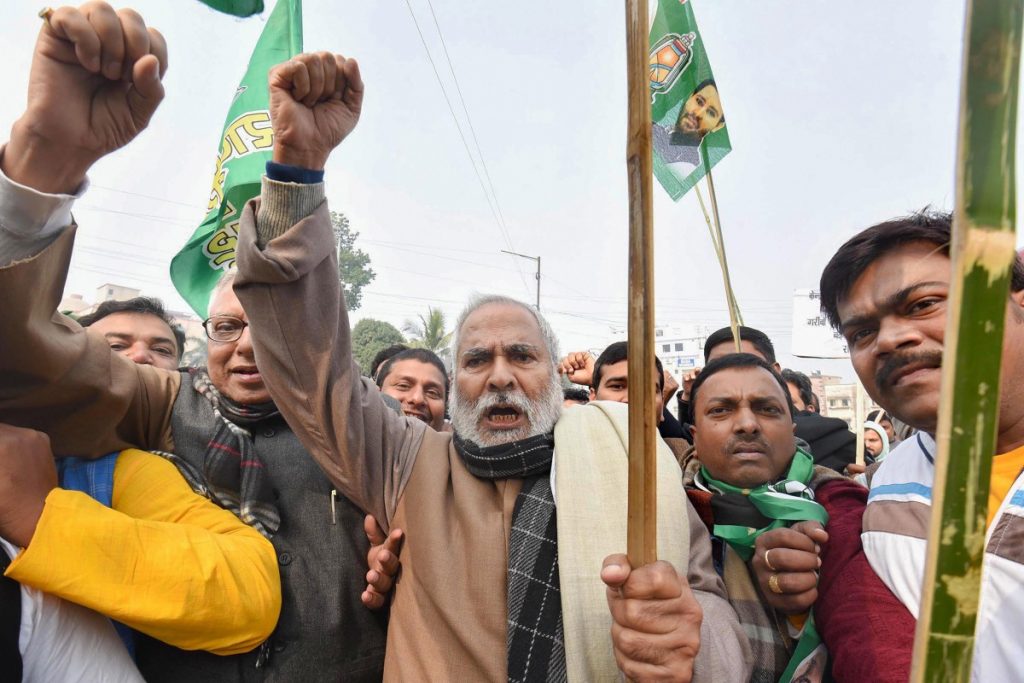 Raghuvansh also vouched for Lalu’s son, Tejashwi, to take over as Lalu’s successor and supported the latter all along.

Some RJD insiders and political observers feel that Lalu made a few mistakes while dealing with Raghuvansh. “Lalu should have sent Raghuvansh to the Rajya Sabha given his seniority and contributions after his defeat from Vaishali 2014. He sent his daughter Misa Bharti, Prem Gupta and others whose contributions were no match in comparison,” said a senior RJD leader, requesting anonymity.

Raghuvansh was the energy minister in Lalu’s cabinet and later became acting speaker of the Bihar Assembly in the 1990s. He became a Union minister in the H.D. Devegowda government when he won the Vaishali Lok Sabha seat in 1996 and continued in the I.K. Gujral government too. He was the rural development minister in the Manmohan Singh government and in this capacity he earned the credit for effectively implementing the MGNREGS scheme in India.

Bihar’s political circles are rife with speculation that Nitish might nominate Satyavir Singh, Raghuvansh’s son, to the state Legislative Council in a bid to earn voters’ sympathy ahead of the assembly elections.

Nalin Verma is a senior journalist and author of Gopalganj to Raisina-My Political Journey, Lalu Prasad Yadav’s autobiography. He has also authored The Greatest Folk Tales of Bihar.