Channi has denied all the charges levelled against, and experts believe they are unlikely to hurt his image. 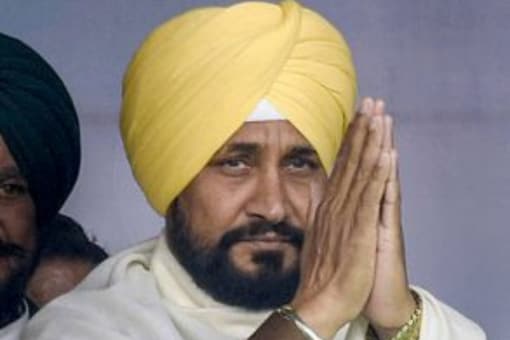 Chandigarh: From a hotbed of protests to raids by rivals, Chamkaur Sahib in Punjab’s Ropar district is in the eye of the storm ever since its MLA, Charanjit Singh Channi, replaced Amarinder Singh as Punjab chief minister last September.

The Enforcement Directorate raid on properties owned by Channi’s nephew, Bhupinder Singh Honey, is the latest in a string of activities that made this constituency the centre of debates around illegal mining ahead of the February 20 polls.

Soon after the raid, the Shiromani Akali Dal launched a scathing attack on Channi, alleging that he was the one “patronising” illegal sand mining in his constituency, and demanded a CBI probe into it.

Leading the charge, SAD’s Bikram Singh Majithia, who was recently booked by the Channi government for drug trafficking, even released purported CCTV footage of Channi’s aids and nephew moving with a security detail in a car sporting an ‘MLA’ sticker at an illegal mining site.

In a statement, Channi denied the charges as baseless, frivolous and politically motivated.

AAP supremo Arvind Kejriwal and the party’s chief ministerial face, Bhagwant Mann, too visited a village in Chamkaur Sahib recently and assured people that they would build better schools.

Kejriwal’s latest claim, five days ago, was that Channi was badly losing in Chamkaur Sahib.

But Channi appears unhurt. He has carefully crafted his pro-poor image during his 111-day stint as Punjab’s first Dalit chief minister. Several of his cabinet ministers are backing him as the party’s chief ministerial candidate.

Chamkaur Sahib is among 34 reserved constituencies that the Congress wants Channi to ensure wins from. In the 2017 elections, Congress won 21 of them.

Chamkaur Sahib has remained an Akali stronghold for over three decades, before Channi broke the citadel in 2007 when he won here as an independent candidate.

Since then he has no looking back. He was made Congress’s leader of opposition just after he won the constituency again for the second time.

Later, he became a cabinet minister in Amarinder’s government after winning Chamkaur Sahib for the third time in a row in the last polls.

As a politician, Channi had his few eccentricities. In 2016, he was subject to trolling when SAD president Sukhbir Badal, then deputy chief minister, asked Channi in the assembly session to list the achievements of the previous Congress government. His response – that there was major work on all the roads of Punjab under Congress rule – went viral.

His elephant ride in 2018 that he did in order to further his political career further became a subject of political amusement.

He once decided a transfer case in his constituency by flipping a coin.

Even after he was picked as Amarinder’s replacement, many saw Channi a mere ‘night watchman’, a cricketing term used for a player sent to save the wicket of regular batsman. But he turned out to be a fine opening batsman, and gained much strength and support both within the party and outside.

He gained political stature from the way he confronted the BJP after allegations of a ‘security breach’ made Modi abort his rally in Punjab earlier this month.

The latest ED raid on his nephew may have hit his image, but he is still very much part of the party’s election plan. He is main reason why the Congress decided to fight the Punjab elections under collective leadership, even ignoring Punjab Pradesh Congress Committee chief Navjot Singh Sidhu’s claim for the top post.

Flurry of activities in past three months

Locals say that Channi’s elevation as chief minister sped up the pace of development work in and around Chamkaur Sahib.

A local journalist, Iqbal Singh Bali, told The Wire that ever since he has become chief minister, he has distributed large grants to most of villages in the constituency.

He even laid foundation stones to upgrade government hospitals both in Chamkaur Sahib and Morinda, two major towns in the constituency. He started a project to link the constituency with Punjab’s Doaba region via a bridge over the Sutlej river. “But most of these works are at a developing stage, so it will take some time to get them executed,” Bali said.

The AAP nominee, also Channi’s namesake, Dr Charanjit Singh, an eye surgeon, calls the new announcements a sham. “In his 111 days as CM, Channi merely proved to be an ellan mantri,” he said in a media interview.

“He made as many as 88 announcements in a period of just 10 days. But most of his announcements did not see the light of the day on the ground,” said the AAP candidate, who lost to Channi in 2017 by 12,000 votes.

He said Channi has been representing Chamkaur Sahib for the last 15 years, but the condition of government schools and hospitals is pitiable.

Singh added, “Channi’s so-called development claims were exposed when our party’s deputy chief minister from Delhi, Manish Sisodia, visited government schools in Chamkaur Sahib. One of the schools in Chaklan village was full of cobwebs and filthy washrooms, broken furniture and no proper arrangement for drinking water.”

He further added that in 2017, Channi circulated a charter of 21 promises. Except one, all other promises are pending, Singh claimed. “He (Channi) was cabinet minister for almost four and half years and then CM for three months. He could have improved done a lot of things. But except minting money out of illegal mining, he did nothing.”

Harmohan Singh Sandhu is the SAD-BSP nominee from the constituency and is said to be giving a tough fight. He recently joined politics after serving as an additional inspector general in the Punjab Police, and is the son of former cabinet minister Satwant Kaur who represented Chamkaur Sahib as many as five times. She died of COVID-19 last year. Sandhu is trying to capitalise on her mother’s past ties in this constituency.

Sandhu is also slamming Channi for “ignoring the constituency” ever since he became MLA. He recently claimed only Channi’s family and kin have flourished.