In Punjab's first triangular contest, AAP ate into the traditional Akali vote, while the Congress was given a new lease of life. 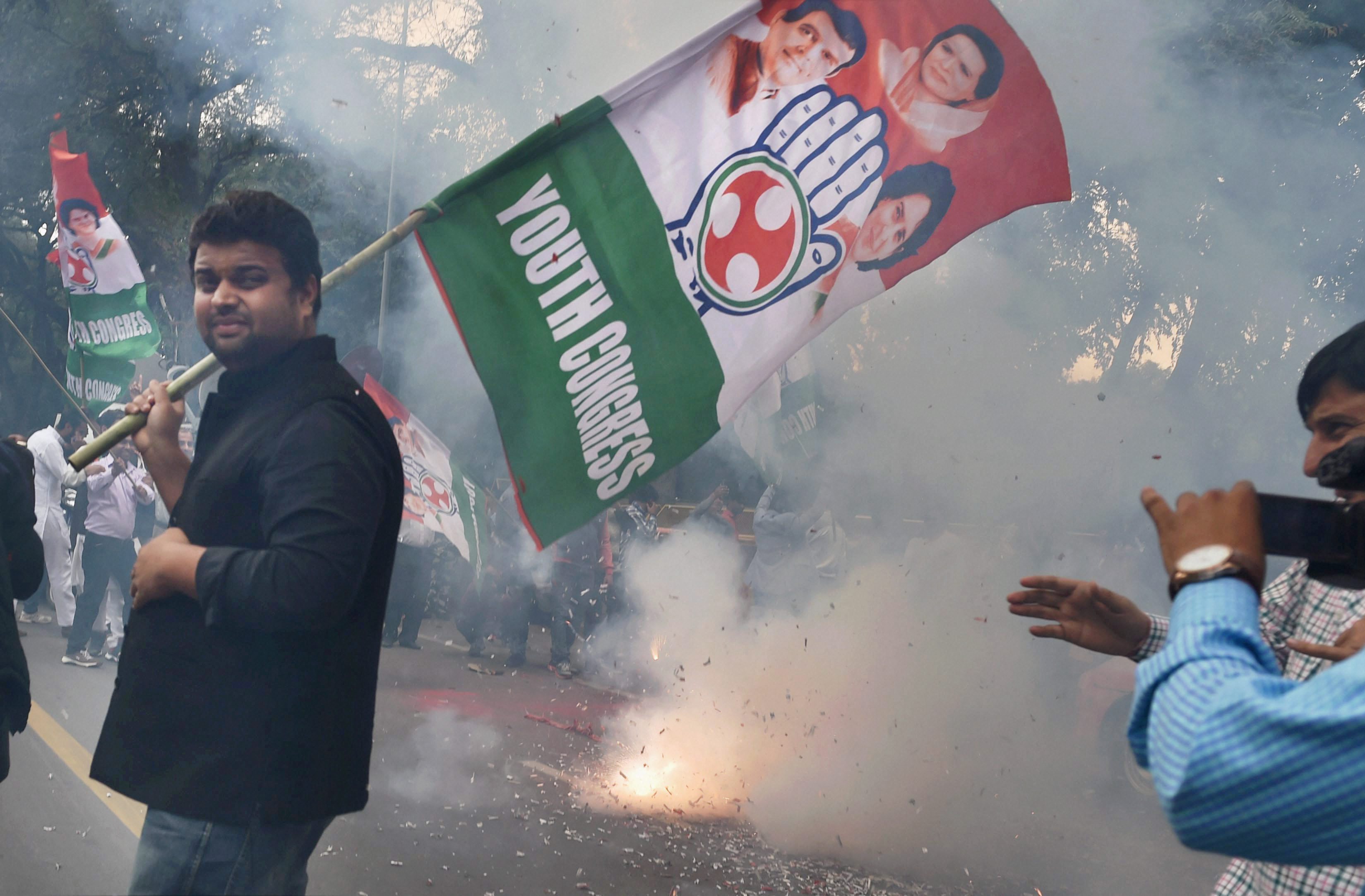 New Delhi: As the results of the Punjab assembly election started to come in on Saturday morning, it was quite clear that the Aam Aadmi Party (AAP) was nowhere close to forming the government. Punjab has given the mantle back to the Congress under the leadership of Amarinder Singh, who had claimed that he was fighting his last election.

AAP had made a strong entry into the electoral stage of Punjab, where it had won 4 seats in the 2014 general election. Contrary to the many predictions that the party could be the new power in the Sikh-dominated state, it could perform well only in a few districts – Bhatinda, Mansa, and Sangrur – of the Malwa region, where it had registered a strong presence before the elections.

Eventually, it was the state-wide presence of the Congress that pulled it to victory in one of the most keenly contested elections in the state. With 77 seats in the 117-member assembly at the time of writing, Congress is sitting comfortably with almost an absolute majority. It is clear that the people of Punjab preferred Congress to AAP as the long-term alternative in state politics.

Except in a few places where there was a direct contest between the AAP and Congress, the Shiromani Akali Dal (Badal)-BJP combine proved to be the main contender for the grand old party. Despite vocal support, AAP could not make a political dent, perhaps because of its inability to form a coherent organisation and address the multi-faceted problems of the state.

In the Malwa region, which has 69 seats, AAP had been able to attract a large section of Akali supporters by provoking anti-Badal sentiments on two precise issues – the alleged involvement of some Akali leaders in the burgeoning narcotics trade and the Badal government’s inability to control farmer suicides in the state. Both these issues had its impact. The resentment against Badals grew but a lack of organisational structure prevented AAP from emerging as a state-level alternative.

Also crucial is the fact that AAP promised sops – like it in Delhi – but did not offer a political alternative. Its challenge was to the individuals in other parties, instead of challenging the political establishment as a whole and offering an alternative system of governance in the relatively prosperous state.

In the run-up to the elections, AAP had to face its own demons. Party infighting, a brittle organisational structure and poor distribution of tickets were some of the problems that had clutched the Arvind Kejriwal-led party.

Several of its volunteers complained about the high-handedness and autocratic functioning of its leaders who were managing the campaign, primarily pointing fingers at Sanjay Singh and Durgesh Pathak.

“We had founded the party here, created district councils and had a solid organisation. All of that was dissolved as the elections came nearer. The party ignored us and gave tickets to rich and corrupt candidates,” Himanshu Pathak, former AAP leader in Punjab, told The Wire. Pathak was instrumental in building AAP in Punjab after the anti-corruption movement in 2011. However, he was sidelined in the run-up to the election, leading to his defection to Congress along with a number of other AAP members just ahead of the election.

Pathak was partially true, as in many seats, AAP gave tickets to former Akali or Congress heavyweights.

In this context, AAP leaders tried to manufacture the perception – through social media campaigns, NRIs and vocal volunteers – that there is a wave in favour of it. This worked partially with the media but not with people. The ground reality, as it turns out, was starkly different.

On the contrary, the Congress, under Amarinder, campaigned in his old style, personalising his attack against the Badals and gradually directing his organisation to cash into the growing resentment against them.

For the first time in recent electoral history, Congress displayed a united front. Its factions – one led by Ama, the other by Pratap Singh Bajwa and another by Rajinder Kaur Bhattal, all of which were publicly against each other – stood with each other in campaigns. This projected the Congress as more a formidable front, than AAP, as an alternative to the ruling Akali-BJP combine.

In addition, the 75-year-old Amarinder may have gained the people’s sympathy as he had asked for their votes on the count that 2017 will be his last election. He has also promised to waive off farmers’ loans.

But finally, Punjab’s election was not woven around a structural political narrative. It was an election to oust the Badals who were facing an all-time high anti-incumbency.

It was not all bad news for the Badals, though. Chief minister Parkash Singh Badal defeated Amarinder by more than 20,000 votes at his home constituency, Patiala. His son and deputy Sukhbir Badal defeated AAP star campaigner Bhagwant Mann by around 20,000 votes. Mann had challenged Sukhbir as part of AAP’s political tactic. One may recall Kejriwal had decided to contest from Gole Market in Delhi against then Congress chief minister Sheila Dikshit. Similarly, the much-demonised Bikram Singh Majithia, Sukhbir’s brother-in-law and who was accused by AAP to have links to the narcotics trade, defeated his nearest Congress rival by more than 20,000 votes.

The BJP faced the biggest loss in Punjab. As an ally of the Akalis, the party contested 23 seats but could win only 3 in comparison to 12 in the last elections.

While the BJP has gained in UP, Uttarakhand and Manipur, and has given a strong fight to anti-incumbency in Goa, in Punjab it is the clear loser.

In what was a triangular contest for the first time, it is quite clear that AAP barged into the traditional Akali vote. While Congress’ votes (38.5%) dropped by only around 2% from 2012, Akalis suffered a huge blow of almost ten percentage points. In comparison to its vote share (34.73%) in 2012, it had to settle with only 25.3%. AAP, on the other hand, got a 23.8% vote share. What is interesting is that AAP’s vote share dropped by around 1% in comparison to the 2014 election. This means it has lost ground.

That Punjab always goes the other way is a common joke in the state. In 2014, amidst a Modi wave in north India, it sent four AAP MPs to parliament even when Kejriwal’s party lost its deposits in most states. In 2017, Punjab has done it again. It has breathed life into a declining Congress. It rejected two extreme poles in politics and chose the so-called centre. Whether Congress can live up to the definitive mandate in its favour remains to be seen.