The outcome comes as a boost for the Congress, which has been backing the protest by farmers, a majority of them from Punjab and Haryana, against the BJP-led government at the Centre. 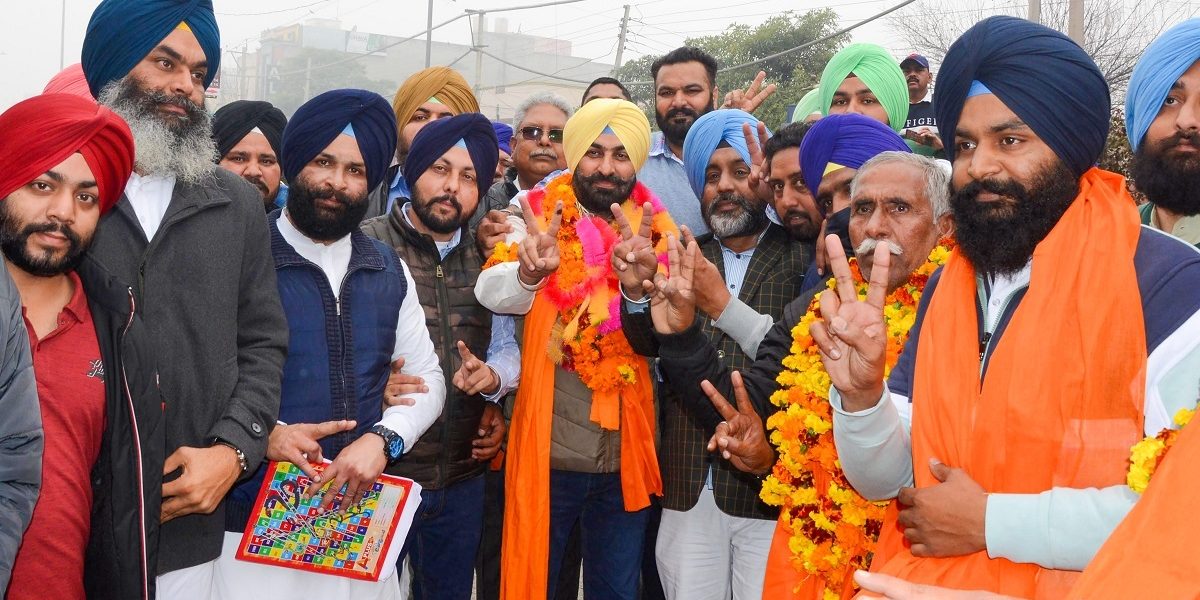 Chandigarh: The ruling Congress won six municipal corporations and emerged as the largest party in the seventh, sweeping the urban body polls in Punjab on Wednesday.

The Congress won in Bathinda, Hoshiarpur, Kapurthala, Abohar, Batala and Pathankot in the civic polls held against the backdrop of the farmers’ agitation. In Moga, it needed victories in six more wards to control the municipal corporation.

The outcome comes as a boost for the Congress, which has been backing the protest by farmers, a majority of them from Punjab and Haryana, against the BJP-led government at the Centre.

Also read: Ahead of Rahul Gandhi’s Visit, Trouble Brews for Congress in Puducherry as MLA Resigns

The Congress is also eyeing a win in the assembly elections, which are just a year away.

Punjab Congress chief Sunil Jakhar said people have rejected the negative politics of parties like the BJP, SAD and AAP. “We contested on the development agenda. This victory will embolden our workers to work hard,” Jakhar told reporters.

In Moga, where no political party has scored a majority, the support of independent candidates could be crucial. The Congress won 20 of the 50 municipal wards in Moga, the Shiromani Akali Dal (SAD) 15, the Aam Aadmi Party (AAP) 4, the Bharatiya Janata Party (BJP) 1 and independents 10.

The Punjab election campaign was marred by stray clashes between party workers, with opposition leaders alleging at some places that their candidates were being stopped from filing nomination papers.

The State Election Commission had ordered repolling at two booths for the Mohali municipal corporation. Therefore, the counting for the entire civic body will take place on Thursday.

The BJP and the Akali Dal, which had walked out of the National Democratic Alliance last year over the contentious farm laws, fought separately.