Former state ministers have said that if the deadlock with the farmers is not resolved, the saffron party will suffer a setback in the upcoming Punjab assembly polls. 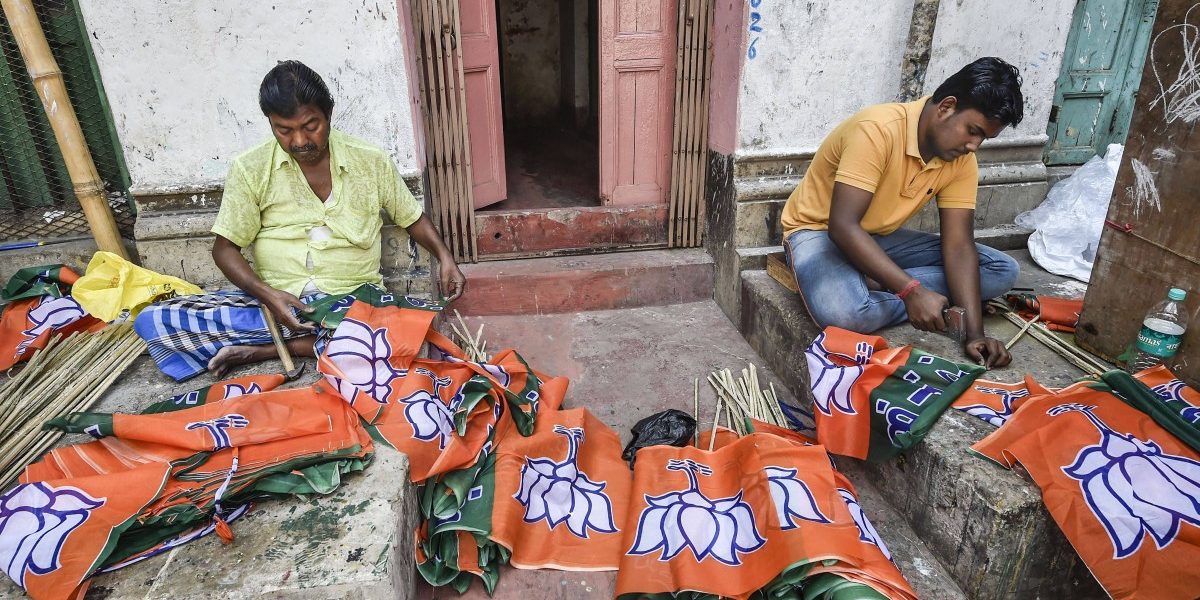 Chandigarh: The Punjab unit of the Bharatiya Janata Party (BJP) has so far stood behind its central leadership over the farmers’ issue after the latter declined to roll back the farm laws it enacted in September last year despite large scale protests.

Lately too, Union agriculture minister Narendra Singh Tomar did not give any indication about his government’s intention to roll back the laws, which continue to create the deadlock between the government and the protesters.

For the first time, the rift within the leadership of the saffron party in Punjab has become public. Many of the party’s senior leaders have openly supported the farmers’ protests and asked the Centre to repeal the laws, saying the party will otherwise suffer a setback in the Punjab assembly elections that are due early next year.

Already, there are continuous protests outside the houses of over a dozen leaders of the Punjab BJP. They are followed and chased away wherever they come to hold public meetings.

Former cabinet minister in the Shiromani Akali Dal (SAD)-BJP government, Anil Joshi, told The Wire that if the Centre has failed to convince the farmers that the farm laws are meant for their betterment, there is no need to escalate the tussle. “It is better if the government repeals the laws and ends the matter.” 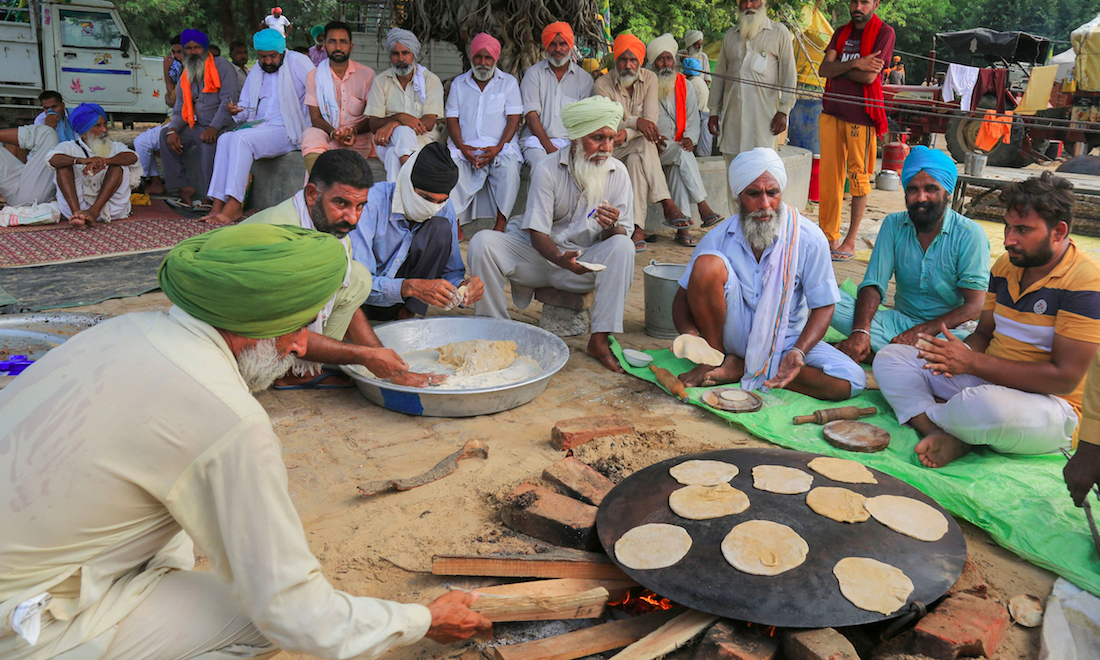 “It is not prudent for any government to leave the issue hanging for long. Punjab has already seen large-scale violence in the 80s and 90s. I also lost my father during that time. Who will be responsible if some elements take the protest in the wrong direction? We have already seen a glimpse of it at the Red Fort on Republic Day. This issue, therefore, must be settled whether by any means,” he said over the phone from Amritsar.

Joshi, who is a former MLA from Amritsar (North), also believed that the farmers’ issue would not have escalated if the Punjab BJP leadership had taken the farmer leaders into their confidence before they moved to Delhi.

“It is because of their negligence that the protest spilled out of Punjab and gained traction world over, and hampered the development image of the BJP government at the Centre,” said Joshi.

He said at a time when the party’s state leaders are being heckled, abused and not allowed to hold small functions in their constituencies or areas, the party is in no position to fight the next assembly elections.

“We have already seen how badly the BJP performed in the municipal polls in February this year, where it won just 45 out of 2,500 seats it contested,” said Joshi.

He added that a party does not run like this. It is high time we resolve the farmers’ issue at the earliest, else we keep facing a similar situation.

Another minister in the previous government, veteran BJP leader Master Mohan Lal told The Wire, “I have no hesitation to say that the farmers’ protest is not serving the BJP in Punjab. The BJP’s situation in Punjab is worrisome.”

“Wherever we go, farmers block roads and gherao our vehicles. We are being abused. When party leaders can’t move freely and take the party ideology to the general public, we cannot even think of contesting the election, forget about winning,” said the former MLA from Pathankot district.

The Wire asked him why the BJP high command is not sensitive to the matter. Mohan Lal said, “Our Prime Minister Narendra Modi is a charismatic leader. He has the gift of turning impossibilities into possibilities. He can solve the issue with a snap of his finger. But I believe he has not yet been properly briefed on the matter.”

He said, “My appeal to my senior party leaders, both at the Centre and at the state level, is that this protest is not in the best interest of anyone: the country, farmers nor the party.”

“The government is meant for the welfare of the people. They make Acts, make amendments and even repeal it if people don’t like them,” said Mohan Lal.

On how the present deadlock between the farmers and the government can be resolved, he said, “I appeal to both parties to take a step back from their current position and start talks afresh.”

Political analyst Ashutosh Kumar said that with assembly elections in Punjab around the corner, it is now almost certain that the BJP will go solo after its oldest alliance partner, the SAD, snapped ties with it over the farmers’ issue.

Given the unanimous opposition among all parties in Punjab towards the farm laws, the BJP also does not have the option to enter into an alliance.

Hence, it is not surprising that BJP leaders are making such statements as they are worried about their political survival. They fear the backlash, which may result in them losing the election as a large segment of voters are directly or indirectly connected to the farm economy.

Moreover, the issue is no longer confined just to farmers. It has also found traction among the largely Hindu trading class or arthiyas, who are closely associated with the farmers. 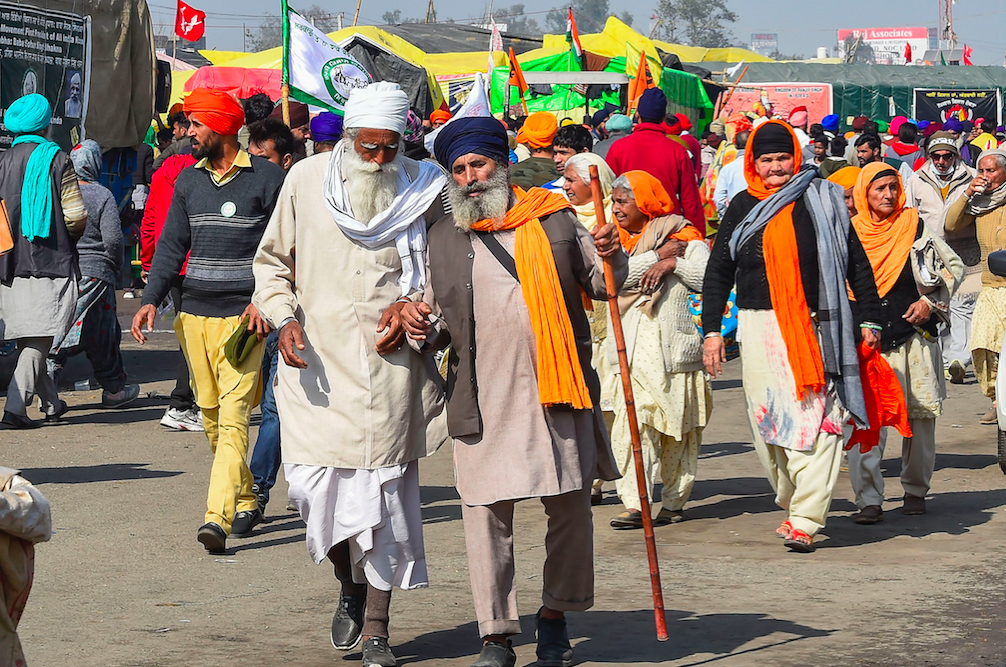 Protesting farmers on the Singhu border on January 21. Photo: PTI

Ashutosh added that the BJP may be a dominant party at the national level, but in Punjab, its position is very weak. Moreover, ‘Modi magic’ has never worked here, even when there was a strong ‘Modi wave’ elsewhere, because politics in Punjab is not personality driven.

“That is why leaders like Anil Joshi are forced to make a public appeal to end the farm law deadlock. They know Modi’s name will not get them votes. They will have to work hard to win back the people’s trust which was lost due to the laws,” he said.

“In Punjab there is no possibility of any wave election as of now. That is why BJP leaders have started raising red flags, sensing their weak position due to the farmers’ protests,” said Ashutosh, who is also professor of Indian politics at Panjab University, Chandigarh.

Also read: A Protest, a Veto and a Committee: The Story of a Farmers’ Protest

On the other hand, the BJP’s state leadership believes that the farmers’ protest has been deliberately prolonged by “vested elements”.

BJP Punjab chief Ashwani Sharma told The Wire that the views expressed by some of his party’s colleagues are their personal opinions and do not reflect the party’s view point.

“Let the elections come, the party will contest elections in all 117 seats with full vigour and enthusiasm and will get the support of the people too,” said Sharma.

He said, “Ever since our Prime Minister Narendra Modi assumed office, he has been working hard to double farmers’ income. It was our BJP government that started cash transfer subsidies for the farmers that benefitted a lot of small farmers.”

As far as the farmers’ protests are concerned, he said, “Our government gave a very clear offer to the protesting farmers to suspend the farm laws for two years and constitute a committee that will review the laws and give its recommendation.”

He said this offer should have ended the logjam. “I must say that there are deep vested political interests who are deliberately keeping the protests alive and maligning the BJP as an anti-farmer party, which is far from the reality.”

“I want to ask the Congress, what it has done for the farmers? Where was the promise of the Congress government in Punjab to waive off the debt of all farmers? Why under Congress rule, farmers’ suicides have not stopped? On the other hand, we have Prime Minister Narendra Modi who has been working hard to double the farmers’ income,” said Ashwani.

He said, “I appeal to the farmer organisations to resume talks with the government with an open-minded approach. Talks can’t be held under conditions where discussion can’t move forward.”