On Demonetisation, Prime Minister Modi May Have Already Lost the Plot

Strong leaders often get buoyed by the self-belief that they can create a top down narrative even if something quite different is happening on the ground. 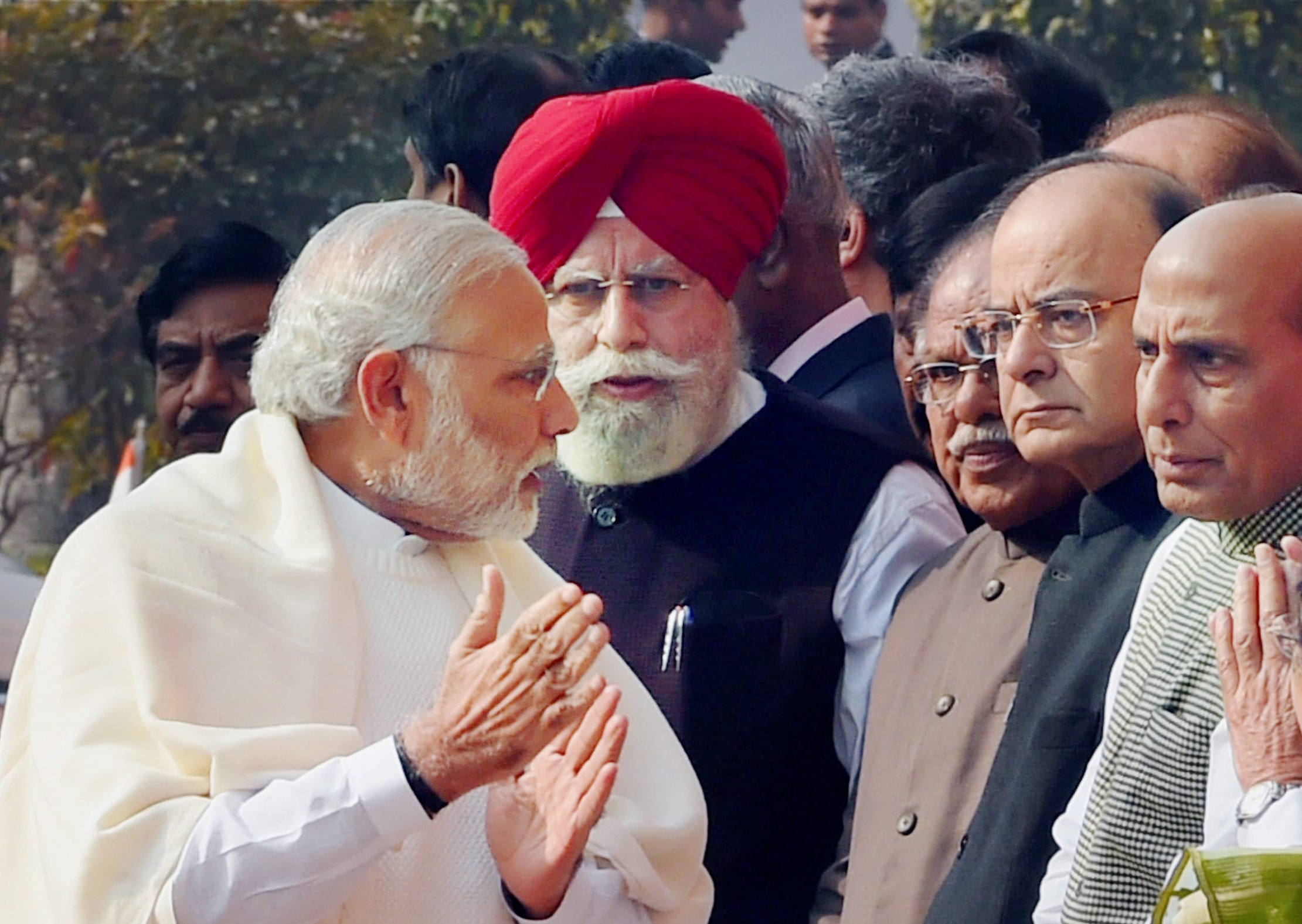 Narendra Modi is possibly trapped in his self-belief that he possesses unlimited capacity to control the political narrative in the face of the untold national suffering which is refusing to abate five weeks after demonetisation. There are newspaper reports that BJP members of parliament are expressing serious worry over the growing public impatience and resentment as the supply of cash is nowhere near normalising. Important grassroots outfits of the Sangh Parivar such as Bhartiya Majdoor Sangh, Swadeshi Jagran Manch and Laghu Udyog Bharti have all begun to suggest that the continuing distress in the informal sector of the economy does not augur well for the ruling party.

Politically, the cabal surrounding the prime minister is still putting out the spin that Modi, after all, is the only politician who has immeasurable power to control the national narrative. This invincibility attributed to Modi – of being able to set the national agenda all the time – is something that might prove to be his undoing this time round. Strong leaders, and Modi is no exception, often get buoyed by heightened self-belief that they can create a top down narrative even if something quite different is happening on the ground.

So we are again being told by the BJP’s spin masters that the PM will play his political trump card post December 31, the deadline set by the government for things to return to some normality after the economy was hit by a running train on  November 8.

The question is, how long will Modi be able to control the political agenda? Bihar chief minister Nitish Kumar had the most apt description of Modi’s political predicament. A supporter of demonetisation and the attack on black money, Nitish said the prime minister was actually riding a tiger. The implication is that he could also end up being devoured by the tiger. Nitish appears prophetic a full 36 days after demonetisation as the mood across the country is ever more despondent at the ham-handed manner in which the government has handled the transition. In any case, Nitish was grossly misread by political analysts who suggested that he might be inching closer to the BJP.  He was merely countering Modi’s spurious morality pitch that all other political leaders were not interested in cleansing India of the scourge of black money.

The fact that Modi today is sitting nervous atop the tiger of demonetisation is visible to everyone as the political narrative changes by the day. The government has not shown a sense of confidence in the way it has tried to rapidly shift the agenda from counterfeit currency, terror financing, black money and lately to the virtues of a cashless digital economy. The government abandoned its morality pitch when it realised that almost the entire cash component of the black economy was being successfully pushed into the banking system. The government tried to officially withhold data for a week but later decided it was best to tell the truth. That is when revenue secretary Hasmukh Adhia admitted that the entire money was likely to come back into the banking system.

After this, the government changed its pitch by saying it will thoroughly investigate the extent of black money that has come back as bank  deposits and tax them later to recover some fiscal surplus. Many interpret this as the unleashing of a new phase of ‘tax terrorism’, the phrase Jaitley had coined to attack the erstwhile UPA government for its desire to squeeze tax revenues out of the the economy. The income tax department – whose inefficiencies or worse were responsible for the large volumes of black money in the economy in the first place – will, ironically, be leading the campaign to cleanse the millions of fresh deposits of their black component.

Modi has also realised that the morality pitch is not working because the BJP’s own position in the wider debate is very shaky. For instance, in a TV panel discussion when I directly asked a minister whether the BJP’s treasurer had also formally declared and deposited all 1000 and 500 rupee notes the party had, considering that all the invalidated currency is back in the banking system, he was at a loss to explain this unprecedented phenomenon.  It will be interesting to investigate who fronted for political parties pushing their Rs 1000/500 notes into the banking system. Or did they do it before demonetisation got announced?

Modi will have to answer all these questions in the days to come and therefore his morality pitch will not pass muster. He could surely come up with huge fiscal giveaways but that will be in no way unique. It has been attempted in the past by various prime ministers with mixed results in terms of voting outcomes. For fiscal giveaways alone never win elections.

Overall, the real test for Modi would be what sort of national narrative he is able to sustain in the weeks and months ahead. Can he succeed in converting the immense national suffering into a sort of “national renewal”, as his rhetoric suggests? The rhetoric of people sacrificing for a larger cause is also looking weak as reports of businessmen getting caught with tens of crores in new currency gets reported everyday. It doesn’t take much for the self-belief of obsessive leaders to turn to self-deception. For when the bottom-up narrative of anger and distress gains a critical mass, as it is clearly happening now, those who claim to control the agenda would likely get swept away. The forthcoming elections will doubtless reflect this.