The independent probe, which has been endorsed by various human rights organisations, alleges that the Rajasthan police sought to diminish the enormity of the crime from the outset. 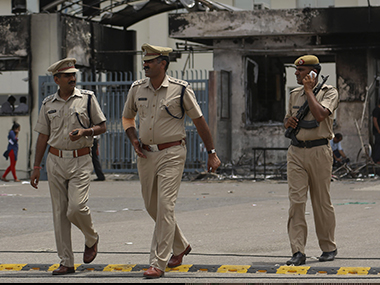 New Delhi: An independent fact-finding report, released on Friday at the Press Club of India, points at glaring gaps in the investigation carried out by the Rajasthan police in the Pehlu Khan lynching case.

Khan was killed by a group of so-called gau rakshaks in Alwar in April this year when he was returning home after purchasing cattle. The murder drew widespread condemnation, with opposition parties and civil society organisations expressing concern over increasing mob violence against minorities in the name of cow protection.

The report – which doesn’t name any of the individuals who conducted the fact-finding mission but has been endorsed by a number of global and domestic human rights organisations – critiques the Rajasthan police on many counts.

First, although the attack on Khan happened between 7 PM and 10 PM on April 1, the police deliberately delayed filing the FIR, which was registered on at 3:54 AM the next morning. The report alleges that Khan gave his statement, which later was considered as a “dying declaration”, to the police at 11:50 PM at the Kailash hospital where he was admitted after the attack. The police, however, took  almost four hours to reach Behror police station, which was only 2.9 kilometres away from the hospital and file an FIR.

It also says that Khan had claimed in his declaration that policemen were present at the site where he was attacked but the FIR does not include the names of those officials.

Second, the report says that several Indian Penal Code sections which should have been invoked against the six accused men were dropped during the investigation.

For instance, it says, “Khan’s severe beating led to his death. Yet, the FIR does not invoke Sec 307 of the IPC for the offence of ‘attempt to murder’ which provides for imprisonment of 10 years of life. Instead, the FIR invokes Sec 308, which only takes cognisance of ‘attempt to culpable homicide not amounting to murder’, prescribing imprisonment of three to seven years.”

Third, the fact-finding team found that the police’s claim that the men accused by Khan were absconding for five months after the attack was unconvincing. All the accused men were known Hindtuva activists in the area and were involved with different institutions of Alwar, the report claims. “Apart from announcing a reward of Rs 5000 for information on their whereabouts, the police made no efforts to trace…and arrest them. It is not known if the police conducted any raids at the residences of these accused…or their other likely hideouts.”

The report comes down heavily on the “exoneration” of the accused by the police and terms it “bogus”. “Whereas the police should have been doing their utmost to locate and arrest the six men Khan had named, they were instead finding ways to exonerate them.”

In September, the police had announced that the state crime investigation department-crime branch had obtained evidence and statements from witnesses that did not prove the crime of the six accused. The report, however, says that the exoneration was based only on the basis of statements of policemen and workers of a cowshed, which is run by one of the accused men, Jagmal Yadav.

The report also says that all police documents – the FIR, the charge sheet and a final report submitted at a local Behror court in May – smack of  a deliberate attempt to botch up the investigation and in each document, the case was sought to be diluted.

Fourth, another crucial issue that the report raises is the selective accounting of Khan’s medical records by the police. While the government doctors in their post-mortem report had attributed “shock brought as a result of ante-mortem thoraco-abdominal injuries” as the cause of death, the police tended to believe the doctors at the private Kailash hospital who claimed Khan had died of a heart attack.

The contradictory medical reports, although a problem for any case, assumes greater significance as Kailash hospital belongs to the Kailash Healthcare Limited, a company that the report claims was founded by and owned by Mahesh Sharma, Union minister of state for culture.

The minister had earlier received flak from activists and opposition for trivialising Mohammad Akhlaq’s 2015 mob lynching in Dadri by calling it an “accident” and had alleged that he had eaten beef without any proof. Later, the meat which was found in Akhlaq’s house was found to not be beef, according to laboratory reports.

Right now, five of those accused in the cases are out on bail, despite facing non-bailable charges. The report says that the police is trying to weaken the case and refusing to investigate the Bajrang Dal and Vishwa Hindu Parishad, the organisations which Khan had named in his declaration, indicating the partisan nature of  the investigation.

“The pattern of behaviour exhibited by the police reflects either monumental inefficiency or a deliberate attempt to weaken the cases against the accused gau rakshaks, nearly all of whom are said to be connected with the BJP and its affiliates such as the VHP and Bajrang Dal,” it notes.

“The records establish that the police and the prosecution have, through acts of commission and omission, worked from the day of the attack to diminish the enormity of the crime, weakening the case against the accused,” it further adds.

These organisations feel that there is a convincing case to take corrective measures before more crucial evidence is lost. “It is time that the National Human Rights Commission and the higher courts intervene in this case…If the utter failure to deliver justice is legitimsed, as developments in this specific case show, the faith of the common citizen in the institutions of justice and democracy as a whole will be undermined,” the report said.