Screengrab from the video showing BJP workers near Prime Minister Narendra Modi's cavalcade on January 5 on the Moga-Ferozepur highway in Punjab. Photo: Twitter.

Chandigarh: As the alleged security breach involving Prime Minister Narendra Modi’s calvalcade in Punjab snowballs into a major controversy, the Samyukta Kisan Morcha (SKM) – the umbrella body spearheading the protest against the Union government’s farm policies – released multiple videos on Friday to support its claim that protesting farmers were nowhere close to the spot on the flyover where Modi’s convoy halted on Wednesday, January 5.

The videos, which are widely in circulation on social media, show a group of BJP supporters, holding party flags, barely a few metres away from the Prime Minister’s convoy, raising “Narendra Modi Zindabad” slogans. The Special Protection Group (SPG) personnel are seen walking while forming a shield around the car in which the Prime Minister is sitting, as the car moved ahead slowly.

Calling it “strange” that questions were being raised against protesting farmers, senior SKM leader  Darshan Pal said, “It is very much clear from the multiple videos that those who could reach close to Modi’s cavalcade were BJP supporters, and they were seen cheering after seeing [him].”

He insisted that farmers were actually sitting at a distance, nearly a kilometre away, from the point where the prime minister’s convoy had halted.

A statement released by SKM on Thursday further clarified that the farmers at the highway protest had no information that Modi’s convoy was to pass through, adding that farmers got to know about the whole episode from media reports only after the prime minister turned around and left.

So how did BJP supporters reach so close to the Prime Minister’s cavalcade on Wednesday?

The 110 km stretch between Bathinda and Ferozepur that the PM’s cavalcade was using was sealed for normal traffic once it was decided that PM would travel to Ferozepur by road, not by helicopter as originally planned, due to bad weather.

Speaking to The Wire, Moga SSP Charanjit Singh said that one side of the highway was kept ready for VVIP movement – on which Modi’s cavalcade was moving – while allowing the other side of the highway for vehicles carrying people to the PM’s rally. No one else had access to the highway once it was decided that the PM would reach Ferozepur by road, the police official added. 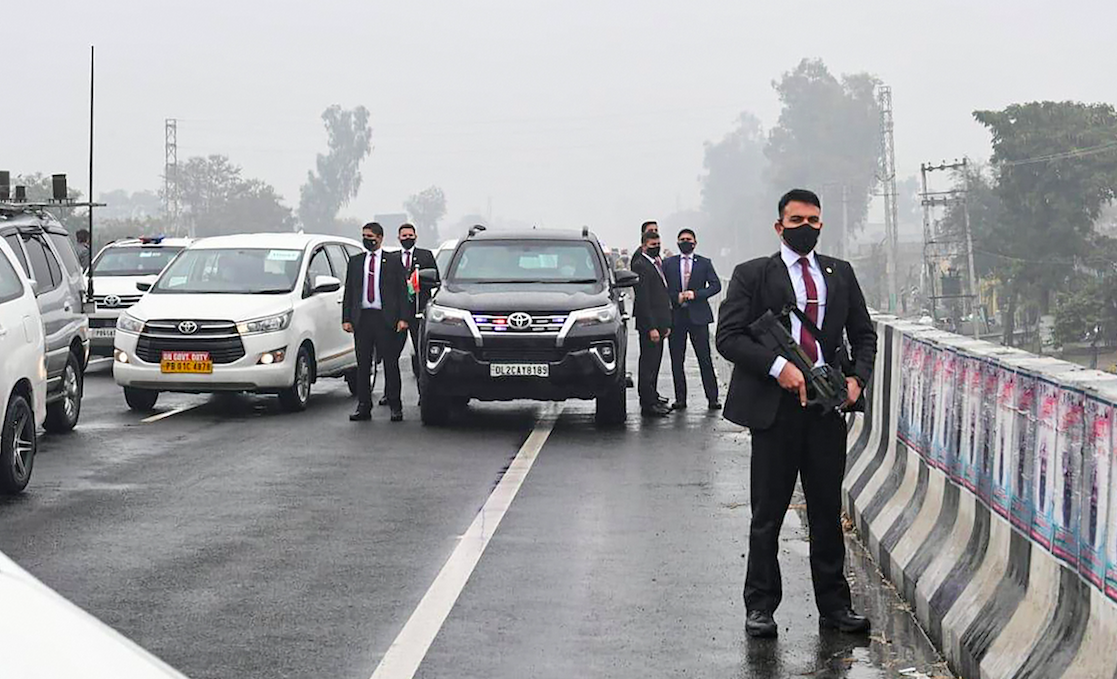 However, the security plan went for a toss when a farmers’ jatha led by the Bharatiya Kisan Union (Krantikari) suddenly blocked the main Moga-Ferozepur highway without being aware that Modi was traveling by road and that he would be taking that route.

Several private vehicles, including buses, carrying BJP supporters were already stuck at the portion of the highway where PM’s cavalcade was made to halt nearly one kilometre away from where protestors had congregated. This was how BJP supporters were able to come so close to the cavalcade and cheer Modi after seeing him on the flyover.

According to the statement issued by the ministry of home affairs (MHA), Modi returned to the Bathinda airport unable to move further after being stuck at the flyover for nearly 20 minutes. As the PM’s security team aborted the plan, the rally was called off in addition to canceling his visit to the National Martyrs Memorial at Hussainiwala. From Bathinda airport, he flew back to Delhi.

From giving a memorandum to the Punjab governor to holding havans for the PM’s safety, BJP leaders in Punjab, Haryana and Delhi have been busy over the past two days highlighting the issue.

While BJP continued to charge that the alleged security breach in the PM’s cavalcade was indeed “a conspiracy to assassinate Modi”, Punjab Congress chief Navjot Singh Sidhu, who maintained silence until Thursday, hit back at BJP during a press conference on Friday.

Sidhu said that the PM had insulted “Punjabiyat” by claiming his life was in danger during his visit to Punjab.

“Farmers sat outside Delhi for over a year. Did the prime minister go to meet the farmers even for a minute? Had he got down from his vehicle during his rally in Punjab and gone ahead, he would have known that no one had any intention to harm him,” Sidhu told the media.

While asking the BJP to stop “indulging in politics” over the issue, Sidhu said, “Wait for a few weeks and you will get a befitting reply here. All those talking about president’s rule [in Punjab] are your [BJP] parrots.”

The Congress leader said the real motive was to find a reason for the PM to miss the Ferozepur rally and to save himself from the humiliation of addressing 500 people while there were 70,000 chairs in the venue.

“The Congress Party condemns such kind of politically-motivated propaganda and believes that a facade like this only belittles the sacrifices of Punjabis who have devoted their lives to build this great nation,” he said.

Continuing further, he said, “This kind of petty politics is resulting in undue political gains for the BJP, but it is detrimental to the people of Punjab, who are suffering. Punjab stands strong on the national security front, and its credibility is known all over the world. The BJP at this stage should stop its wasteful efforts of dividing society.” 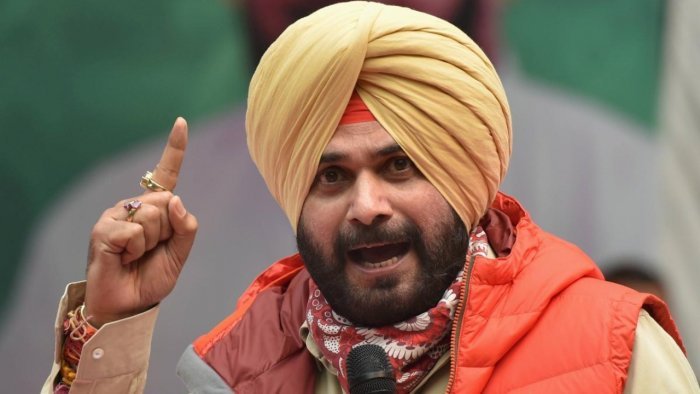 Sidhu asserted that the security lapse was “a collective responsibility of the central agencies and home ministry”. He added that the BJP was deliberately trying to defame farmers by making “baseless allegations” while the onus of PM’s security was with central agencies.

In the BJP’s “propaganda”, senior journalist Jagtar Singh saw an attempt to “malign” Punjab in order to create a narrative for the upcoming Uttar Pradesh elections.

“How can farmers who were sitting one kilometre away from where PM’s cavalcade was held up could pose a threat to his life?” asked Jagtar Singh.

While stating that if there was any security lapse during Modi’s visit, it is for probe agencies to investigate, he said, “To say that he was under attack that day was too far-fetched and a ploy ahead of elections.”

Meanwhile, social media in Punjab has been agog with posts and tweets on the issue while #StopMalignPunjab and #WeLovePunjab have been trending on Twitter for the past two days.

Meanwhile, different probes have already begun their investigation over the PM’s alleged security breach. After the Punjab government formed a probe panel, the Union ministry of home affairs called for a parallel probe, by constituting a committee.

Accordingly, a Central team was in Ferozepur on Friday and went to the flyover where the PM’s cavalcade was halted to probe the matter.

The central panel is led by Sudhir Kumar Saxena, secretary (security), cabinet secretariat, and has Balbir Singh, joint director of the Intelligence Bureau; and S Suresh, IG, Special Protection Group as its members.

All senior officers of the Punjab Police, including Punjab DGP, were present when the Central team visited the flyover where PM’s convoy halted. The team inquired about the sequence of events that unfolded during Modi’s January 5 visit but did not interact with the media present there.

On the other hand, Punjab chief secretary Anirudh Tewari submitted a report to the MHA, stating that an FIR (first information report) had been lodged and a two-member panel of the Punjab government had already begun its investigation and would likely to submit its report in three days.