At an event to mark Constitution Day recently, Modi described family-run parties as the "biggest threat" to democracy. But that does not absolve the BJP.

Prime Minister Narendra Modi had a point when he expressed concern over the growth of family-run parties from “Kashmir to Kanyakumari”, addressing a Constitution Day function on November 26.

“A party run by one family, generation after generation…the family controlling every aspect of the party is the biggest threat to a healthy democracy,” he warned. He also asked, “When a political party loses its own democratic character, how can it protect democracy?”

Also read: Editorial: A Day to Mourn, Not Celebrate, What’s Become of the Constitution

The Prime Minister’s description of a dynasty as the “biggest threat” to the constitution and call for a citizens’ awareness campaign was made in the Central Hall of Parliament in the presence of the Chief Justice of India and President. It got wide media coverage for about a week with no one really venturing to question the way he tried to score political points at that solemn occasion. It was not a casual remark, for he had made similar observations at a National Youth Parliament function earlier this year.

On closer examination, the premises on which the Prime Minister sought a public debate look rather hollow.

To begin with, are the parties following dynastic succession really the ‘biggest’ threat to the sanctity of the constitution? Is his own party’s record of internal democracy during the past seven years any better? What about the Indian constitution’s inherent incompatibility with the very concept of messianic strong leaders which Modi represents.

Take the dynasty first. India has over two dozen family-run regional parties which, in delicate situations, can tilt the electoral results in states. They head governments in well over 10 major states. Over 18 such family-centred, one-leader parties were NDA’s partners at different times. Among them were such big ones like Shiv Sena, Akali Dal, Trinamool Congress and Biju Janata Dal. So having survived in government on their support, Modi is best placed to know the kind of threats the family-run parties pose to the health of democracy.

True, such parties survive on the strength of their patriarchs and, as Modi alleges, their only concern is to safeguard the interests of their supremos. But do they pose the “biggest threat” to the health of democracy? Political parties with dynastic designs have been with us for decades.

Talk of the Nehru dynasty began even before his death. In many regional parties, second and third generation scions have taken over. However, none of these parties have posed a challenge to India’s constitutional system. Dynastic succession indeed smacks of a feudalistic hangover. But can it be a valid ground to question their credibility to ‘protect democracy?’ Apparently, Modi’s target was the Congress party which with its national character and residual mass base still remains the main challenger to the ruling party’s power calculations. The party is still in power in four states and shares power in a few more states. The grand old party has also been effectively in power at the Centre for the most part of the past 75 years after independence. Barring 21 months of Emergency, there was no threat to the constitutional system from Congress.

What about the state of internal democracy in BJP under the Modi-Shah diarchy?

During the past seven years, they have trampled over their party’s own constitution. How can a party that destroyed its internal democracy safeguard the country’s constitution? Look at the way they have totally debilitated the once lively organisational bodies like the national executive, parliamentary party executive and its general body. All such bodies still remain on record, but never functional.

The six-hour meeting of the BJP’s national executive last month, held on November 7, reveals it all. Until the Modi-Shah takeover, the national executive was the BJP’s most important policy-making body. It met regularly every quarter and held vigorous discussions on emerging issues. Often the meetings had to be put off due to sharp differences. They were business-like, and did not just exist for the leader’s image building. Among its members were stalwarts with their own minds like Murli Manohar Joshi, Jaswant Singh, Yashwant Sinha, S.S. Bhandari and K.L. Sharma. Often, media briefings were avoided due to differences. 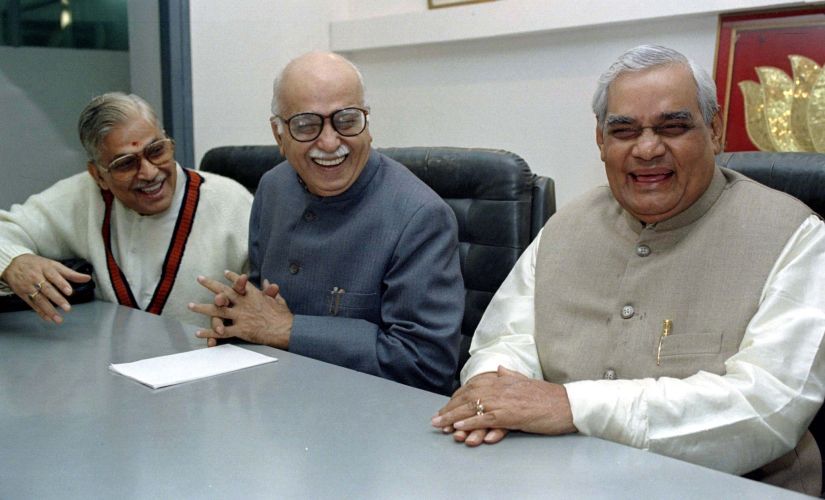 The BJP was found sharply divided on accepting the conditionalities set forth by the IMF (International Monetary Fund) in 1991. While the Advani group welcomed it, the majority felt it went against the BJP’s accepted policies. There were rival briefings after the national executive meeting at Ranchi. Finally, the RSS had to call a chintan baithak at Sariska from which the BJP’s official economic policy – Economic Policy Statement, 1992 – emerged.

Compare this with Modi making his own personal decisions on crucial issues, announcing them through national broadcasts or ‘Mann Ki Baat’ without so much of a consultation with government and party colleagues.

At the Chennai national executive meet on December 30, 1999, the likes of K.L. Sharma insisted that the BJP should maintain its own separate identity and agenda as opposed to prime minister Vajpayee’s reform programmes. Advani had to hold sideline discussions to evolve a temporary compromise.

Another national executive meeting on April 14, 2003 adopted a resolution seeking several specific changes in the NDA’s union budget. On July 19, 2003, the national executive decided to have BJP’s own manifesto for elections as against the prime minister’s suggestion for a common document for the NDA.

How many such meetings have been held during Modi’s last seven-year reign? The BJP is wary of giving out such awkward details; last month’s national executive meeting came after a two-year gap. Even the names of the national executive members had to be hurriedly drawn up by party president J.P. Nadda just a month before the meeting.

The meeting lasted barely six hours as against three days in the pre-Modi era. Most of the six hours were taken by bhashans by the likes of Modi and Nadda. Discussions and debates, so lively during the pre-Modi days, were replaced by presentations by the leaders of the seven poll-bound states.

Can you imagine such scrutiny under the present top-down leadership structure?

Now the third factor. Narendra Modi came to power in 2014 with his ‘56 inch’ persona. Since then, every government decision has been taken by him in his name and announced by him. That too, even before cabinet approval. The whole election campaign in 2019 was built on Modi’s Balakot surgical strike bravado. No wonder global democracy watchers have included the Modi regime in the list of elected autocracies.

If given a larger majority, can an elected autocrat, who has already effectively muffled and mangled the Republic’s statutory watchdogs, like the CAG (Comptroller and Auditor General ), CIC (Central Information Commission) and CVC (Central Vigilance Commission), Election Commission and parliamentary panels, be expected to safeguard the essentials of the constitution?

This assumes importance in the context of the elected populist strong leaders’ inherent incompatibility with democratic constitutions. The very concept of a strong leader is an antithesis to deliberative democracy.

Modi’s appeal for a citizens’ debate on ‘constitution versus dynastic parties’ can carry conviction only if it covers the transgressions on the raj dharma by the present ruling party. This should be the first item in any such heart search.