Adivasis in Gujarat's Tapi district believe the BJP government is pushing all polluting industries to the tribal belt, without thinking about the local populations. 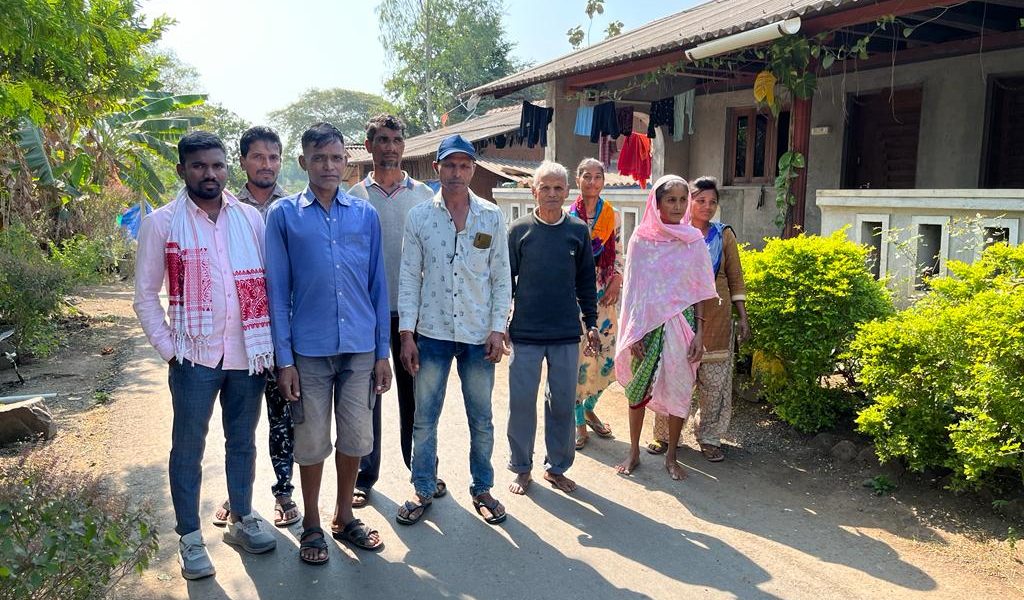 Songadh (Tapi, Gujarat): As the Bharatiya Janata Party hopes to get a seventh consecutive term in Gujarat, banking largely on the unwavering support from a majority of the urban middle classes, people from a distant corner in the state are gearing up to oust it from power.

For the Adivasis of the Nizar assembly constituency in Tapi district, the saffron party’s rule has been a constant reminder of their gradual disenfranchisement. When the world was grappling under the duress of the COVID-induced lockdown in 2020, the BJP-led state government allowed a Vedanta subsidiary, Hindustan Zinc Limited, to set up its smelter plant in Tapi district. The plant, worth an investment of around Rs 10,000 crore, was to be on 415 acres of land that the Gujarat Industrial Development Corporation acquired around 25 years ago but left unused.

Residents of over 90 villages that surround the proposed plant believe that the decision to set up the factory was taken without consulting the gram sabhas – a violation of Panchayat (Extension to Scheduled Areas) Act 1996. The plant, they believe, may end up making their cultivable land infertile in the long run.

The first public hearing organised by the district administration as part of the consultative process on July 5, 2021 took a violent turn when more than 25,000 people opposed the zinc smelter plant. Tear gas shells were fired at people and protestors were lathi-charged. In the aftermath, a few policemen and dozens of villagers were injured.

The epicentre of the protest was Doswada, the village where the plant has been proposed. Several villagers are still fighting rioting and conspiracy charges slapped on them by the administration after the public hearing. “Agriculture is the only source of livelihood here. The farms that you see around were all parched, arid. We nourished them like our own children to make the land cultivable. The zinc smelter, its waste (estimated to be around 1.2 lakh litres per month), and the resultant pollution will all make it infertile again,” says Ashok Magan of Doswada, waving his hand towards vegetable farms in the vicinity.

Emotions run deep here. “Why are all polluting industries proposed in the Adivasi belt? This has been the pattern during the BJP’s rule in the state. Are we lesser citizens?” asks Dilip Kumar Vinjibhai Gamit, a former government employee who led the protest in Doswada.

“BJP’s doesn’t think of us as human beings,” he adds, even as he goes on to speak about other impending “dangers” that may affect the region.

“A plant was first proposed here when it could have been taken anywhere else. And now we fear that the villagers will have to give up their land for the proposed Par-Tapi-Narmada river linking project and the Mumbai-Delhi highway,” he says. Most “development” projects which require people to give up their land have come up in the tribal belt of Gujarat stretching from the northern borders to the southern fringes, he says. Anxiety about losing their land is central to the distrust that Adivasis in Doswada have come to harbour against the saffron party.

Haresh Kanti, an activist working on Adivasi issues in the region, says that if the smelter plant begins here, the resultant water pollution will affect at least 92 villages in a 10-km radius. Similarly, he adds that while the river-linking project will affect the neighbouring Dangs district the most where five dams are being constructed, the canal that will be constructed to transport water in Tapi will displace people from around 22 villages.

“The government has proposed acquiring around 800 metre land for the proposed canal passing through Tapi. Most villages around Doswada aren’t even that wide. The canals, therefore, will mean that 22 villages in the area will be entirely uprooted,” Kanti says.

“The government is also proposing setting up eco-tourism projects around the river-linking project, which means that Adivasis may have to give up more land,” he adds.

Almost 90% of Tapi residents are Bhil Adivasis, all of whom are agriculturalists. When they are done with the paddy harvest, they sow sugarcane, groundnut or vegetables in the average two acres of land that they own. Residents of Doswada recall that the neighbouring Ukai dam built in 1975 forced the Adivasis to migrate to towns, as most displaced people were not rehabilitated properly or given their due compensation. “We don’t want that again. We are happy with what we have,” says college-going Jignesh Gamit.

Dilip Kumar Vinjibhai Gamit understands that the smelter plant is proposed on the 415 acres of land that the GIDC owned and doesn’t entail any land acquisition. But he fears that the impact of the plant may be disastrous for the sustainable ecosystem that Adivasis have toiled to achieve over the years.

“When the plant was proposed, a fact-finding team comprising many villagers went to a site in Rajasthan which had a much smaller zinc smelter plant. We found that the waste released by the plant had ruined the adjoining lands, groundwater was polluted, and there was a stench of chemicals all over,” he says.

“That is why we proposed that the government could start any other industry that isn’t this polluting. Take the zinc plant to somewhere which isn’t inhabited by people. Why the insistence of having it only in Doswada? Are tribal lives dispensable? Could the government have meted out the same treatment to Patels, Brahmins, Banias living in the cities?” he asks.

He believes that the government manipulated the Environment Impact Assessment (EIA) report that shows negligible pollution as a result of the plant. Similarly, he says that before taking the decision, the government merely informed the gram panchayats which are filled with agents of political parties. “We want the gram sabha to be consulted for all projects here. There is no other way,” he says. 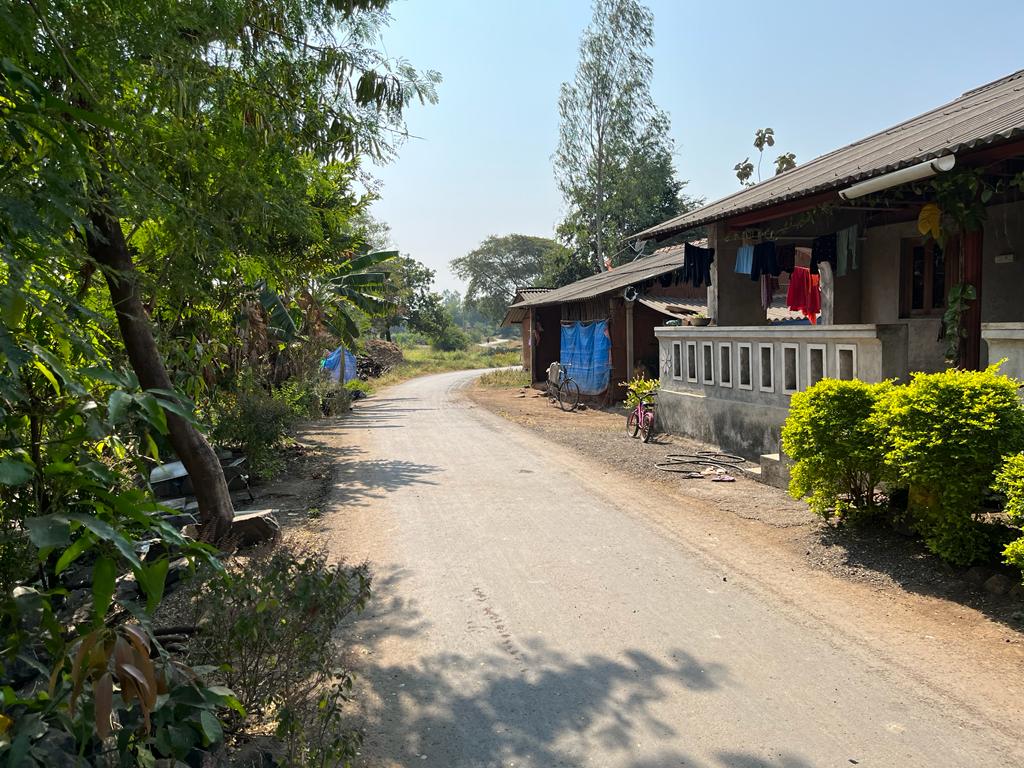 Haresh Kanti believes that the smelter plant will affect agriculture in the 10-km radius of Songadh and that will have its cascading effects. “Animal husbandry will be impacted greatly, and polluted water will cause other health problems,” he says.

The state government, on its part, has dismissed the allegations, and has said that all norms of the GIDC were followed in allowing the company to set up its plant. It has also said that the plant and other development projects will contribute to the overall connectivity of the tribal belt, create jobs and improve standards of living in the region. The Hindustan Zinc Limited has also proposed opening up of schools, a hospital and other facilities for the residents.

In Doswada, however, residents are firm that the government’s idea that the plant will create jobs and improve living conditions is misplaced. “Vedanta says that the plant will create 3,000 jobs. We believe 1,700 of those will be in construction work. In any case, we don’t want the polluting plant even if it gives us jobs. We want our land to be safe. We want our children to be secure and healthy,” says 30-year-old Jigisha Gamit.

As Doswada goes to polls on December 1, Dilip Kumar says that the BJP should be taught a lesson. “Kantibhai Gamit, BJP leader and former Union minister in the state government, is from this village. He has not shown us his face ever since we protested against the plant.”

The Congress in its manifesto has said that if elected to power, it will nullify the controversial development projects in the tribal belt. The Aam Aadmi Party is also talking about the rights of Adivasi people in Fifth Schedule Areas enshrined in the Indian Constitution.

“We will vote for any other party but not the BJP. If the BJP still forms the government, then we will let the government know that we will not let the plant destroy our land. In any case, tribal lives don’t matter in the state. It is better we die protecting our families, our dignity,” Dilip Kumar says.