The Union minister’s tweet on India's growth and the Modi government's success is problematic on a number of counts. 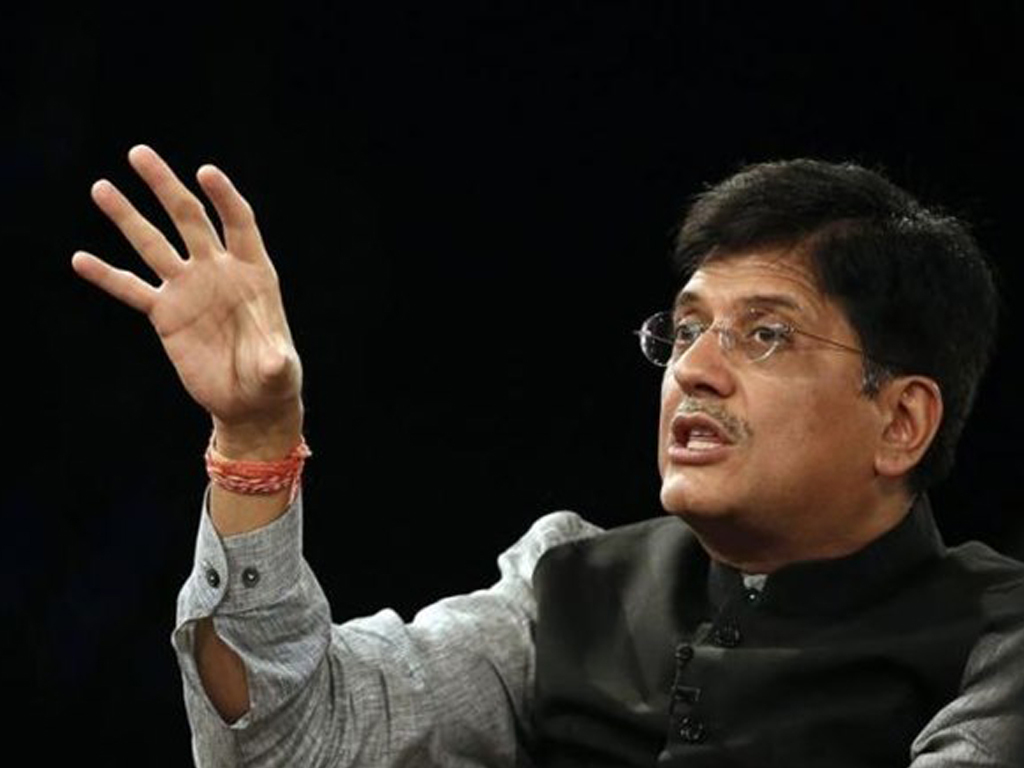 Let’s be honest. The Narendra Modi government has failed to meet the high expectations that the prime minister and the Bharatiya Janata Party set during the 2014 election campaign. Even supporters will concede that the government has been unable to create jobs, significantly improve the lot of farmers or promote investment and trade to the extent promised. There is broad consensus that demonetisation and a complicated Goods and Services Tax have adversely affected the economy. The banking sector remains in great difficulty due to longstanding non-performing asset problems. With international crude prices firming up and a high tax structure, fuel prices are hurting consumers and inflation is likely to pick up even as fiscal consolidation faces headwinds.

Despite this challenging scenario, the Modi government is not shy about pushing a positive narrative about its performance. The latest such instance is of the acting minister of finance, Piyush Goyal, tweeting out a graphic based on a Wall Street Journal story about how India’s economy was now the fifth biggest in the world and that Modi had achieved this progress within four years. In the graphic, a fist-clenching Modi is credited for vaulting India over the likes of Italy, the UK and France. But is this the whole truth or, as is often the case with Goyal, is there a bigger story to tell?

Goyal’s tweet is problematic on a number of counts. First, crediting the Modi government for this achievement is akin to crediting only the athlete who runs the anchor leg of a relay race. World Bank data going back to 1960 shows how India narrowed the gap with countries such as the UK and France and finally caught up with them in GDP terms. The contribution of the Modi government is a small part of the work done by so many Indian governments, most notably the one led by Manmohan Singh, when the Indian economy grew at historically high rates. Given India’s population and economic growth, India has been on a trajectory to catch up with these countries and this has finally been achieved. 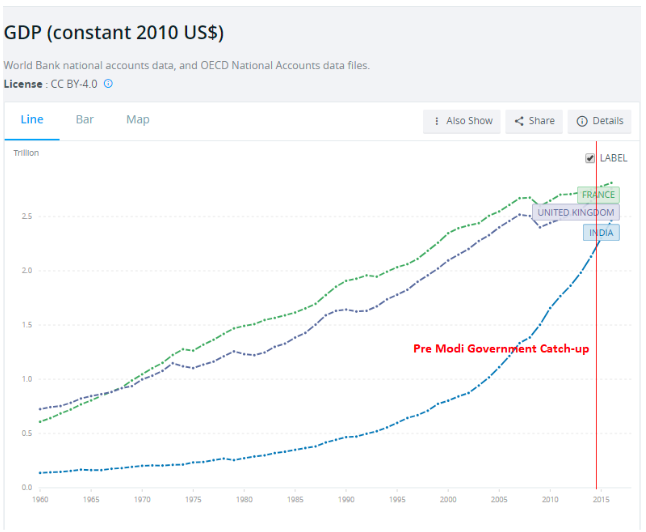 Among other problems with Goyal’s tweet is that GDP by itself tells us very little about our economy. If we divide the economic output by population, India remains far behind not just wealthy countries but also middle-income countries such as Brazil, South Africa and Indonesia. On this count, the news is actually worse. As is widely known, inequality in India is growing rapidly. While India’s GDP has been growing, the share going to the wealthiest Indians is growing even faster.

According to an Oxfam report, the top 1% of Indians received 73% of the addition to India’s wealth in 2017. Of course, Goyal is smart enough to not tweet out that record-breaking figure. The fact is that while India’s per capita income rankings may be going up slightly due to higher economic growth and declining population growth, low and middle income families are probably falling further behind. Sadly, our policymakers don’t appear to highlight such challenges, preferring to engage in mindless propaganda and unsavoury hero worship.

Four years go, I couldn’t have imagined that the Modi government would be staring at a competitive election in 2019. However, the country’s difficult economic circumstances, especially on the jobs front, have upended the ruling party’s calculations. In the last year of its term, the government will be hard pressed to radically alter the circumstances of ordinary Indians. In this context, the government’s only hope may be to tom-tom its “achievements”, no matter how disingenuous such claims may be.

Salman Anees Soz, formerly with the World Bank, is a member of the Indian National Congress. Views expressed are personal. He tweets at @salmansoz